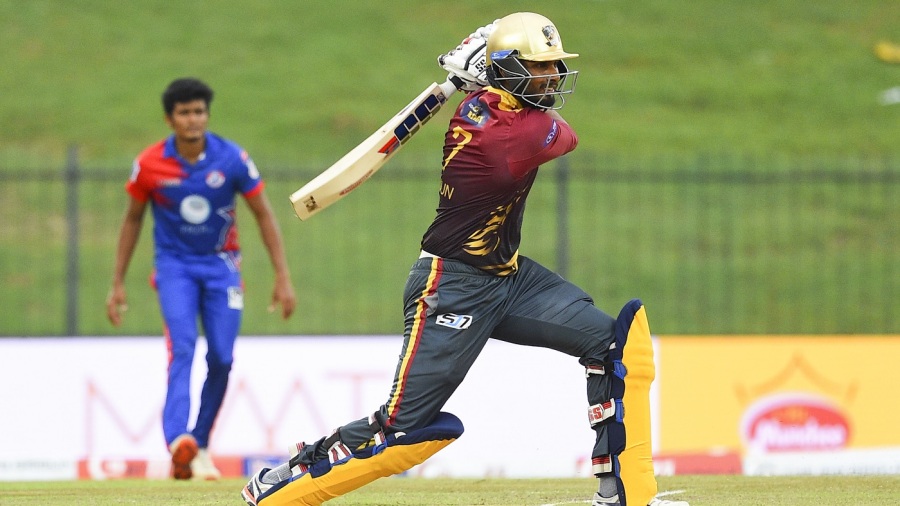 However the knockouts turn out, the Lanka Premier League must continue in future years, to help ensure the health of Sri Lankan cricket. The above is what Dambulla Viiking captain Dasun Shanaka had to say on the eve of his team’s semi-final against Jaffna Stallions.

Shanaka has been a long-time supporter of starting up Sri Lanka’s own T20 league, having publicly requested one during a tour of Pakistan last year. He felt this edition of LPL was not without its flaws; he would have preferred an IPL-style playoff system, rather than the more traditional semi-finals. But he said the league had helped not only highlight talent, but also bridge the large gap between domestic and international cricket for many players.

“This tournament is vital to our cricket future,” Shanaka said. “We are getting a look at cricketers that we otherwise wouldn’t now. What was happening is that we were judging players from their international performances, but we were putting inexperienced players into international cricket. But once they play a tournament like this, they know what to expect at international level. That’s the most important thing we can get from future editions of this tournament as well.”

Shanaka’s batting has been among Viiking’s greatest assets during the tournament, with him sitting third on the run-scorers’ list, a tournament tally of 273 and a strike rate of 164 to his name. He has taken four wickets with the ball as well. Even this kind of performance doesn’t guarantee him a spot in Sri Lanka’s T20 XI, though, as there are at least three other seam-bowling allrounders contending for places – Thisara Perera, Isuru Udana and Angelo Mathews. Of those, Thisara has had a good tournament with the bat, and Udana has had his moments as well. For Shanaka, this is exactly the kind of competition for places the LPL should create.

“There should be pressure on spots in the Sri Lankan team. That Angelo aiya is bowling again is a big bonus for our national team. That competition for spots should be there for us to do well in international cricket. I want to be in the national team, but let’s see what the future is like. Maybe I will get more opportunities, and I’m hoping I’ll do well.”

On Monday’s semi-final in particular, Shanaka felt neutralising the opposition’s best player would be key to Viiking’s batting performance. Stallions’ legspinner Wanindu Hasaranga is the league stage’s most-successful bowler, with 13 wickets and an outstanding economy rate of 5.48 across his 29 tournament overs. Some teams have attempted to hit him out of the attack, but largely failed. Viiking will go in another direction, Shanaka said.

“Wanindu is Sri Lanka’s No. 1 spinner and he’s bowling really well at the moment. If we can just get 24 runs off his 24 balls without giving him any wickets, we can score off the other bowlers and balance it out. His strength is that he gets wickets, and gets two or three really quickly. When that happens our run rate decreases. So we have to work out how to play him without giving him wickets.”

For Virat Kohli, it will be about 'high-voltage cricket' but no 'unnecessary tension'