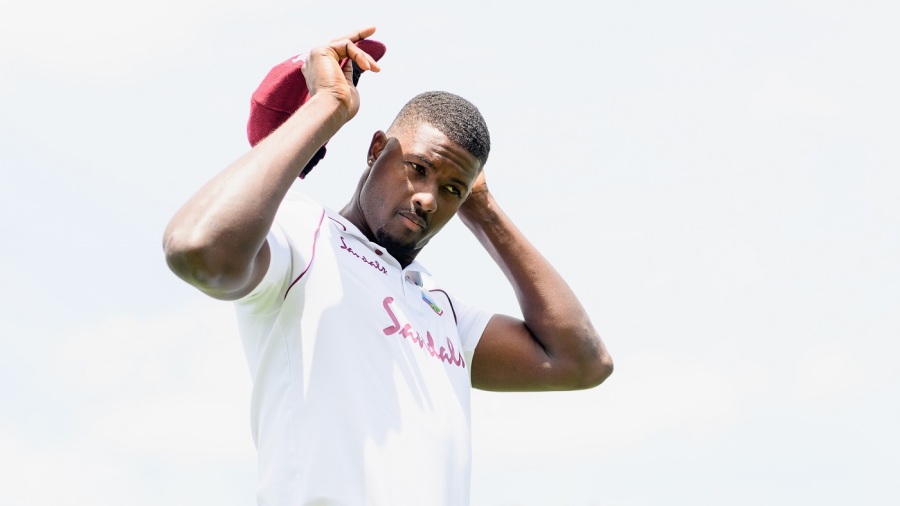 Jason Holder was at home in Barbados last in June this year. Since then, despite the pandemic, he has travelled with the West Indies side to England and New Zealand, and in between, played in the Caribbean Premier League and the Indian Premier League with a vacation thrown in between the two biosecure bubbles. He doesn’t know when he is likely to be home next with another T20 stint and a West Indies tour coming up.

“It has been tough”, he admitted after West Indies lost the two-Test series in New Zealand 2-0, both by innings margins, but stressed that he has been “enjoying moving around”.

“Man, it’s tough. It was a tough year. Credit to every individual who would have sacrificed their health, and the risk of travelling around the world in this pandemic,” Holder said at a press interaction after West Indies lost the second Test in Wellington by an innings and 12 runs. West Indies had lost the three-match T20I series 2-0, with the third game spoilt by the weather.

Holder explained that with Cricket West Indies announcing pay cuts in May in the wake of what it called the “debilitating” financial impact of the Covid-19 pandemic, the players had to do what they had to in order to make a living.

“It has been a tough year. Not just for the team but I know for me personally it has been tough. I haven’t seen home in six months now. I have been going non-stop. We have had pay cuts. It is a situation where you are still looking to make a living, still looking to make use of every opportunity you get,” he said. “But, having said that, going from bubble to bubble and being isolated into a room – sometimes, as I have said before, the room just gets smaller and smaller by the second.

“It will be a much-needed rest for some players to just refresh and come back.”

Holder isn’t going back home to recharge his batteries yet. From New Zealand, it’s over to Australia to link up with the Sydney Sixers for a three-game stint in the ongoing BBL – no quarantine needed, because of the travel bubble between the two countries – and then on to Bangladesh with West Indies in January.

“We have got a short turnaround. I head over to the Big Bash after this and then we’ve got a tour of Bangladesh in early January. Not much time in between, but we will see how it goes,” Holder said. “I don’t know [when I will be home next]. At this point, I really don’t know. But I am still enjoying it. Still enjoying moving around.

“I am trying to make use of every opportunity I get and hope it works out for me.”

Much like the English earlier in the year, the New Zealanders were quick to express their gratitude to the West Indians for making the trip at all in these unprecedented times.

“We are certainly thankful to West Indies for coming here,” Tom Latham, who led New Zealand in Kane Williamson’s absence in the second Test, said. “We understand how hard it has been. What we are faced with at the moment with the world situation, for them to come out and spend time in quarantine, I know it’s hard. They are away from their homes, their families, and we certainly appreciate the effort they have put in throughout the T20s and the Tests.

“Next year, there’s a possibility that we may have to do that and that may become the norm for a while. So we will have to wait and see what that presents for us.”