Spain’s World No 13 Roberto Bautista Agut has described the conditions in Australia as being ‘like a jail’ in the latest player complaint about Covid-19 quarantine in Melbourne.

In a leaked private video call via Israel’s Sport 5, the Spaniard criticised officials for the strict protocols they are implementing as another two positive cases emerged among tournament personnel.

‘It’s like a jail here,’ he said. ‘These people have no idea about tennis, about practice courts, no idea about anything. It’s a complete disaster. It’s not Tennis Australia, it’s the people of the government.’ 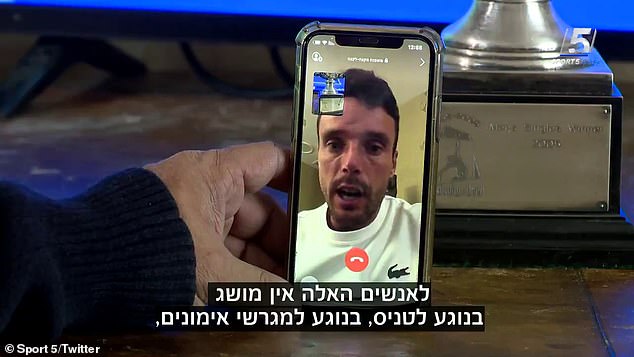 His outburst came as 2021 Australian Open chief Craig Tiley urged disgruntled players not to go public with their moaning.

‘If you want to have a crack, come to me, not social media,’ Tiley said during a Zoom meeting with the players.

Last weekend, Stan Wawrinka was among those in Melbourne expressing frustration at stars such as Novak Djokovic and Rafa Nadal staying in luxury accommodation, with balconies, 450 miles away in South Australia.

‘I get the feeling it is perceived as preferred treatment,’ said Tiley. ‘My general rule is — if you are at the top of the game and are a Grand Slam champion, it’s just the nature of the business, you are going to get a better deal.’ 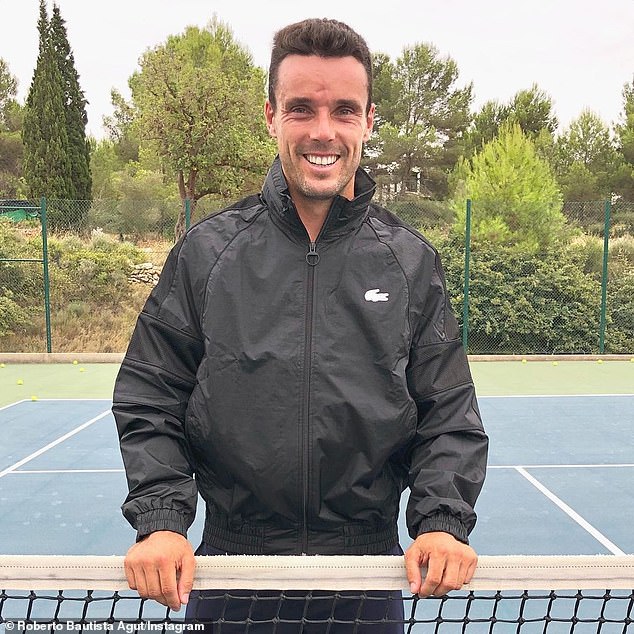 Dan Evans has turned into a Joe Wickes-type figure for the British contingent as they try and get through two weeks of tough quarantine ahead of the Australian Open.

Doubles team Ken and Neal Skupski revealed that the GB men’s number one has been leading online yoga classes as they pass the hours in isolated hotel rooms around Melbourne.

The Liverpudlian duo painted a picture of the ultra-tight regime they have been living under since arriving in the Victorian capital late last week.

Hotel corridors are being patrolled 24 hours a day to make sure that there is no fraternising between players, not even brothers who play and practice together.

Grateful for small mercies, they are at least not among the 72 players and 100-plus other coaches and officials denied even the five hour daily supervised escape.

A Whatsapp group has been started among GB’s collection of mainly doubles players who are confined to barracks, with Evans having the idea of a daily Zoom stretching session. 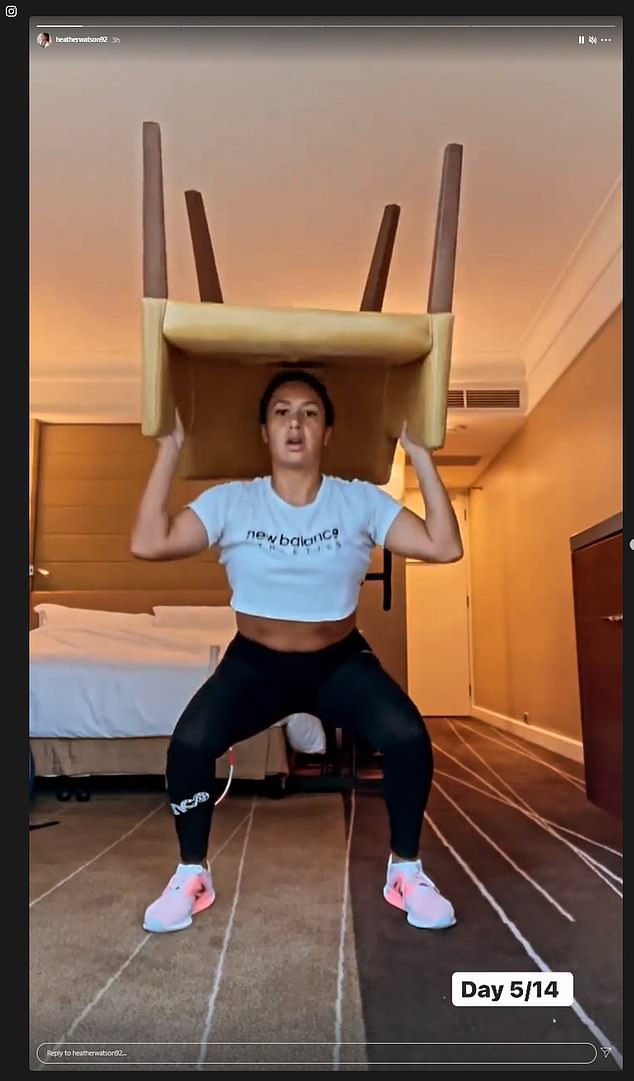 ‘Dan has become our yoga teacher, we can all join in and his girlfriend is on it as well,’ said Ken. ‘Of course we can’t see each other so you’ve got to do what you can. There’s probably 1,000 messages a day on the Whatsapp group.’

The brothers were given an abrupt reminder of how strict things are when they attempted to do a quick racket exchange after their bags arrived three days late.

‘When we travel we always have a mix of each other’s rackets in our bags so if someone’s is delayed they still have some to play with.

‘We are in rooms next door to each other so we tried to open the doors to do a racket swap, but were told to go back inside. There are people patrolling the corridors all the time.’

Neal added: ‘There’s police outside the hotel making sure that nobody leaves and there are checkpoints on the way to the courts. There are two people allowed in the lift and when you get out there is someone there waiting for you who has a notebook to write down any misdemeanours.

‘They are in full PPE gear when they deliver food and they don’t like it if you open the door and you don’t have a mask on. They tell you to put it on next time, it’s quite tough. I don’t know what the people in full quarantine will be feeling like, it must be pretty hard.’ 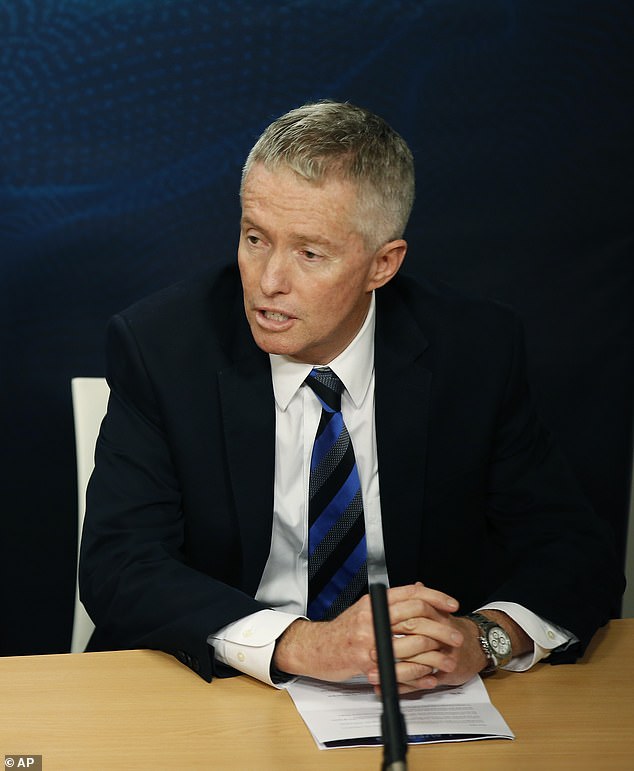 The five hour outing per day is controlled on a computer log-in system, and a glitch meant Ken missed his scheduled slot on Monday, meaning his one designated partner, Neal, was left high and dry.

‘I was waiting on the court but Ken didn’t turn up,’ said Neal. ‘ Jonny O’ Mara (fellow GB player) was on the next door court with his coach but I still couldn’t join him, so I spent two hours just hitting serves, that was it.’

After two hours per day on court they are escorted to a nearby gym, where they have to stay for an hour and a half. After that they are given one hour sitting alone in a booth at the hotel restaurant for a meal with no choice.

Both brothers emphasise that they are grateful to be getting the chance to eventually play in Australia when their quarantine is served, but admit that the experience has been somewhat disconcerting.

‘It has been a bizarre feeling waiting for the knock on your door to allow you out, it was very deflating yesterday when it didn’t come,’ said Ken. 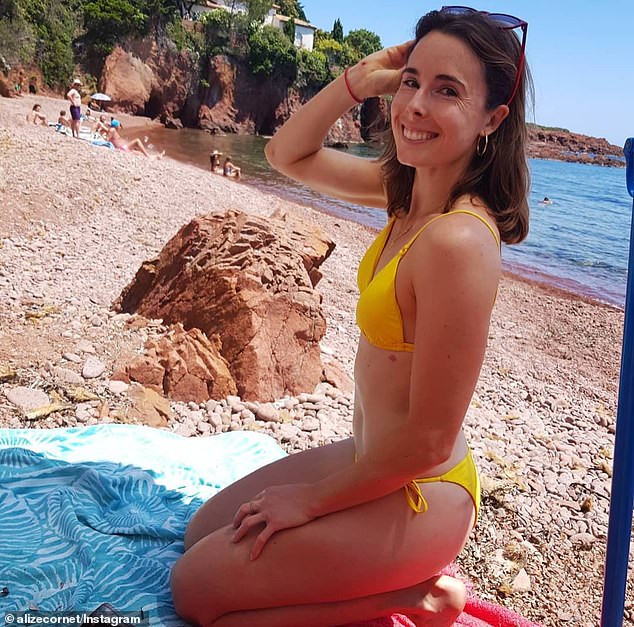 ‘It was quite stressful waiting to know if there were any positives from your flight. Luckily there weren’t on ours. I do wonder what it will be like for anyone who has been in a room for 14 days and then has to go out and play Rafa or Novak straightaway.

‘I’m not in the singles draw but that’s going to be a real tough ask and I think some of the players here have found that hard to accept. The government are clearly in charge but Tennis Australia are doing their best.

‘It’s really not that bad and our hotel is good. I’m well aware of the situation of Australians trying to get back home.

‘It’s only two weeks out of your life. Worse things are happening elsewhere and we are happy to have the chance to play, it was calculated risk coming here. Once we get past this the event will be great and it will be a bit of normality.’ 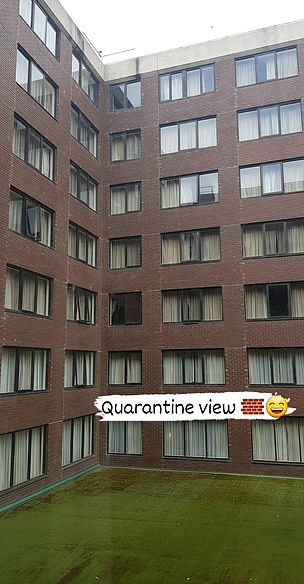 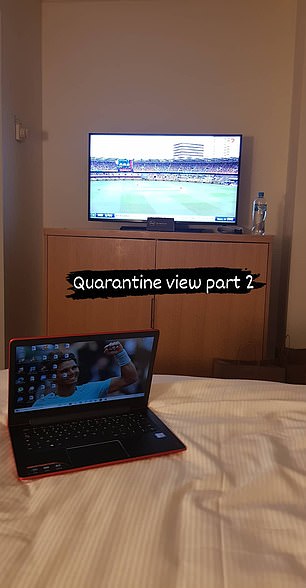