Novak Djokovic celebrated the end of his fortnight’s semi-lockdown in Adelaide by going to meditate in the park, while Serena Williams took daughter Olympia to the zoo.

They then went on to play in a gentle curtain-raiser for the forthcoming glut of events in Australia in front of a very normal-looking crowd next door to the city’s iconic cricket oval.

Another indicator of normality was the unpredictable behaviour of Djokovic, who initially pulled out of this exhibition for those top players who have enjoyed special privileges. 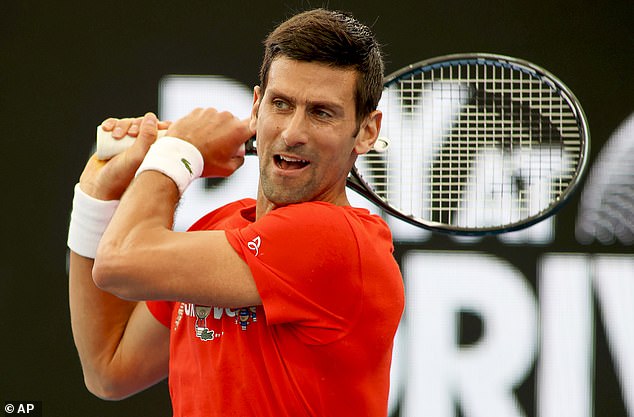 Having sat on a park bench by himself, he then got involved in a kickabout with Australian Rules Football star Erin Phillips, before announcing he would not be playing in the afternoon.

However, he changed his mind halfway through the match, in which his substitute Filip Krajinovic was taking part. Djokovic bounded on to the court after the first set against Italian Jannik Sinner and proceeded to win comfortably.

The 33-year-old Serb explained that he had a blister on the palm of his racket hand, which pictures suggested was indeed the case. 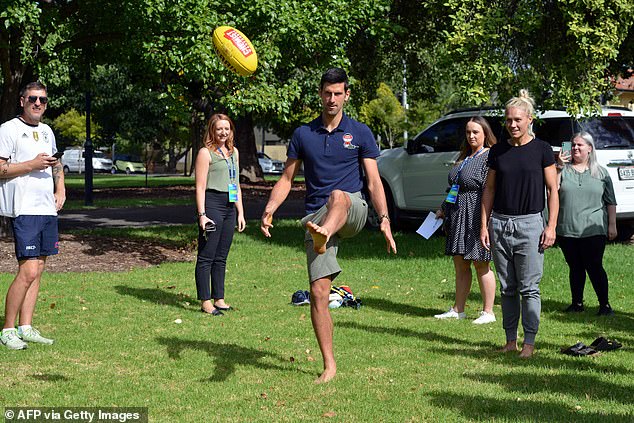 ‘I had some treatment with my physio and I wasn’t feeling my best the last couple of days. I did not know how I was going to react,’ said Djokovic, who did not appear affected by the injury.

‘Coming off a hard training block, with the ATP Cup and Australian Open coming up, I didn’t want to risk it. But the emotion was very strong. Seeing the full stands — I had to play.’

Williams, in her first game since October, started her day by visiting koalas, having been restricted to only leaving her hotel room for five hours’ training per day over the past two weeks. 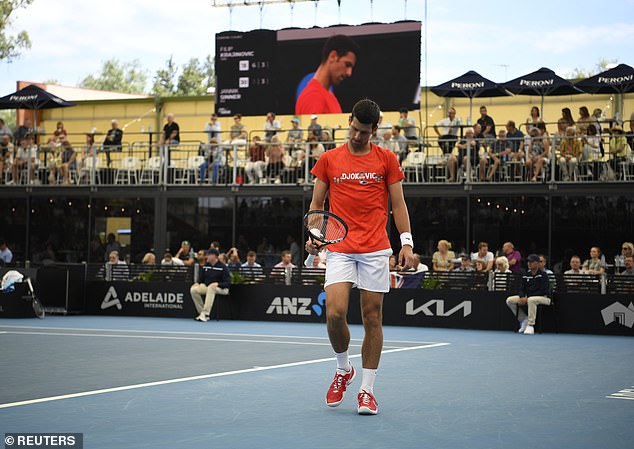 While not much can be read into what was essentially a practice hit, Williams’s display indicated she will be taking the Australian Open very seriously.

The cohort of elite players now head to Melbourne for a frantic week of preparation that will involve six different events taking place in the same Melbourne Park complex.

They will be joined by those already stationed there, many of whom were let out on Friday into driving rain.

In addition to three women’s tournaments and two men’s, next week will see the 12-team ATP Cup, in which Djokovic will lead Serbia and Rafael Nadal Spain. 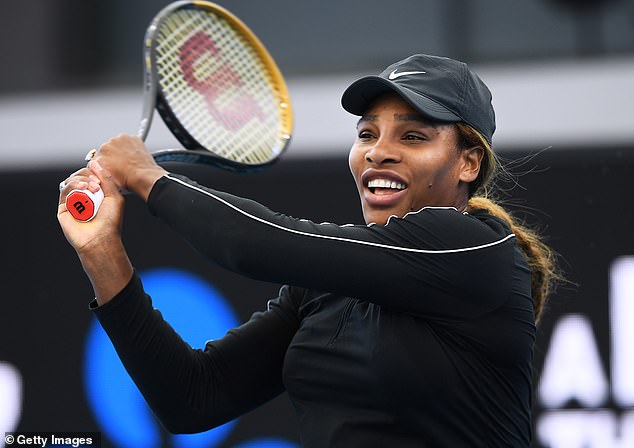 In the concurrent Gippsland Open, Katie Boulter opens against Russia’s Anna Kalinskaya, while Jo Konta has a bye.

They have all been part of the phased release of players from quarantine restrictions.

All will now be free to go about their business — assuming there are no more nasty surprises in the form of positive tests.