Nick Kyrgios says he did not miss tennis at all during almost a year away from competitive action.

The 25-year-old Australian, who has not played an ATP Tour event since the Acapulco Open in Mexico in February last year, revealed he had not even picked up a racquet for ‘four or five months’ as a combination of a wrist injury and Covid-19 left him kicking his heels.

Speaking as he prepared to return to competitive action at next week’s Murray River Open head of the Australian Open, he said: ‘I actually didn’t touch a tennis racquet for the first four or five months of quarantine. 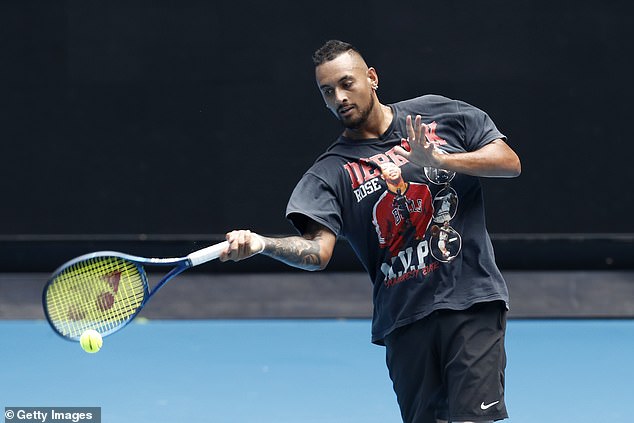 ‘I wanted to get completely away from it. It was actually tough to start getting back into it.

‘I’m not going to lie. I didn’t miss the game that much. I’m a competitor. I compete with everything I do.

‘I was playing computer games, all that kind of stuff, getting my little competitive edge there. I didn’t really miss the game at all.

‘It was a bit of a task to get out there, get in the routine of things. Wake up and say, Look, we got the Australian Open around the corner, let’s put some work in. It wasn’t so easy.’ 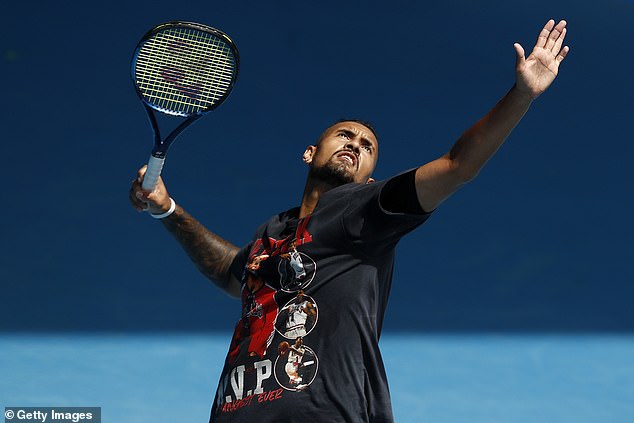 Kyrgios opted not to travel to the US and French Open events and was outspoken in his criticism of fellow players, including world number one Novak Djokovic, over their behaviour during the pandemic.

Instead, he said he focused on ‘things that actually matter’.

He said: ‘In my time off, I wasn’t thinking about tennis at all. I was going through a couple off-court things.

‘My mum was not so healthy. I was focusing on things that actually matter to me personally. Tennis to me is not my top priority.’ 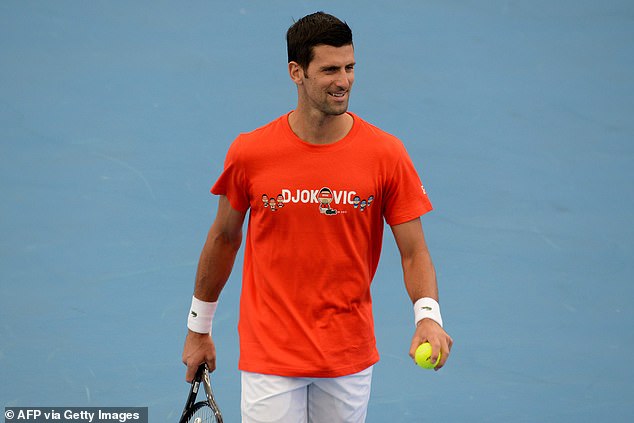 Nevertheless, Kyrgios is excited at the prospect of returning to grand slam action in Melbourne.

He said: ‘It’s the Australian Open. I’m extremely blessed to be here again. I’m not sure how many of these I played now. I definitely feel like I’m a veteran of the tour now.

‘Every time you get a opportunity to play a grand slam… everyone has done an amazing job to get it going, I feel like we’re keeping it safe.

‘I’m just happy to be around it again. I am excited to get out there and play.’