Andy Murray has been forced to swap the Australian Open this year for a cavernous tennis hall in the northern Italian city of Biella, 10,000 miles away.

And while the Grand Slam where he has reached five finals continued without him, on Tuesday he managed to secure his first official victory since mid-October at an event offering £38,000 in prize money.

The 33 year-old Scot made it into the second round of the Challenger level tournament with a 6-7 6-2 6-3 win over Germany’s Maximilian Marterer, ranked 203 in the world. He now faces Italy’s Gian Marco Moroni. 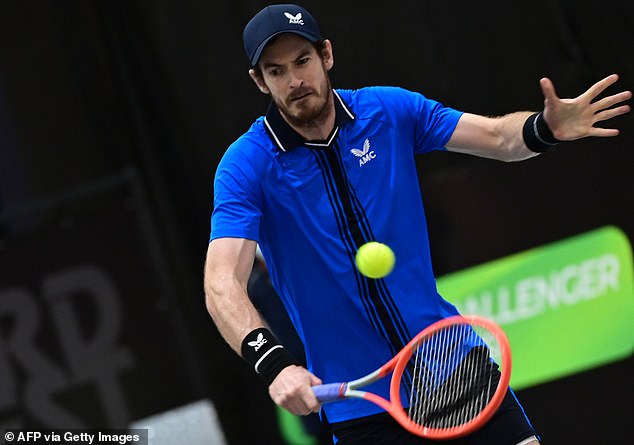 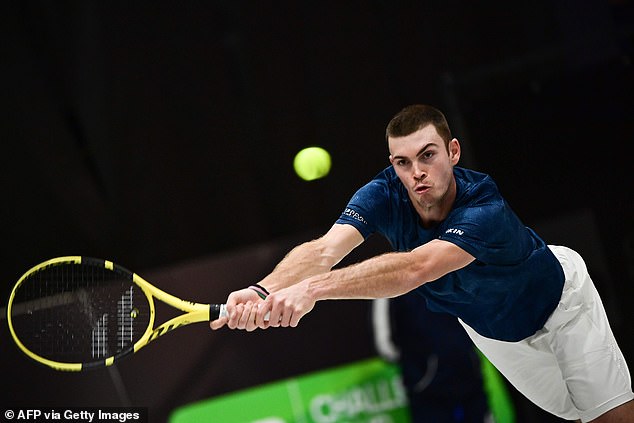 While he played a sloppy tiebreaker, Murray eventually worked out how to break down the tall lefthander, and he clinched the match with one of his trademark lobs, having broken at 3-3 in the decider.

His movement seemed fairly decent, backing up his recent insistence that his body has felt as good in the past three months as at any time since hip problems flared up in 2017.

Although he was deeply disappointed to miss Melbourne after testing positive for Covid, this week represents the chance to get some valuable matches against a field containing players with plenty of full ATP Tour experience. 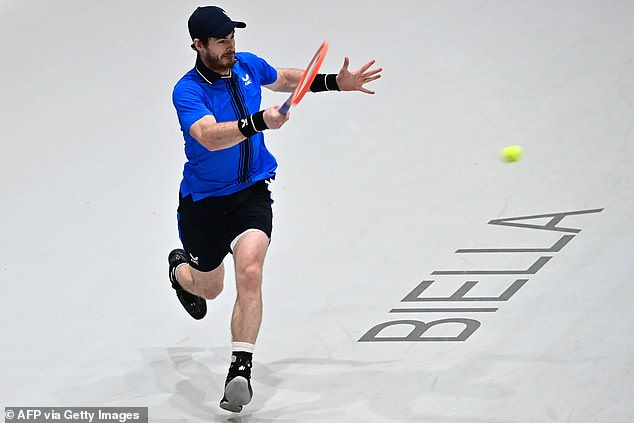 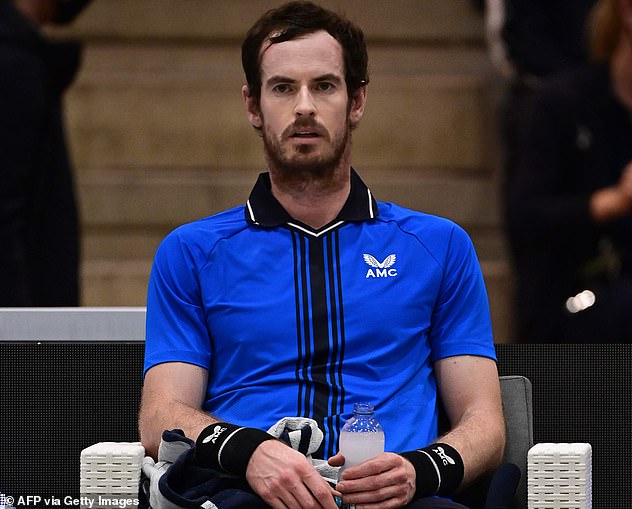 Murray said at the time: ‘Gutted to share that I won’t be flying out to Australia to compete at the Australian Open.

‘We’ve been in constant dialogue with Tennis Australia to try to find a solution which would allow some form of workable quarantine but we couldn’t make it work.

‘I want to thank everyone there for their efforts, I’m devastated not to be playing out in Australia — it’s a country and tournament that I love.’