After weeks of problems and setbacks it felt like the unlikely figure of Nick Kyrgios came riding to the rescue of the Australian Open.

The tournament has looked badly in need of a first week blockbuster following multiple Covid issues and disappointing crowds, and he may supply not one but two of them.

The first came in his thrilling five-set win over gifted Frenchman Ugo Humbert, in which he saved two match points. That has set up what could be another on Friday, against world No 3 Dominic Thiem. 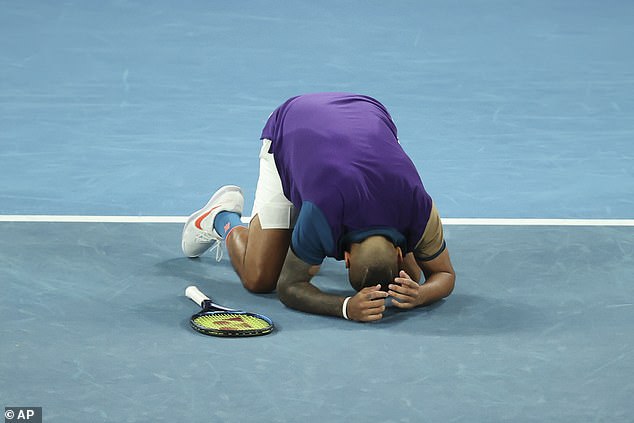 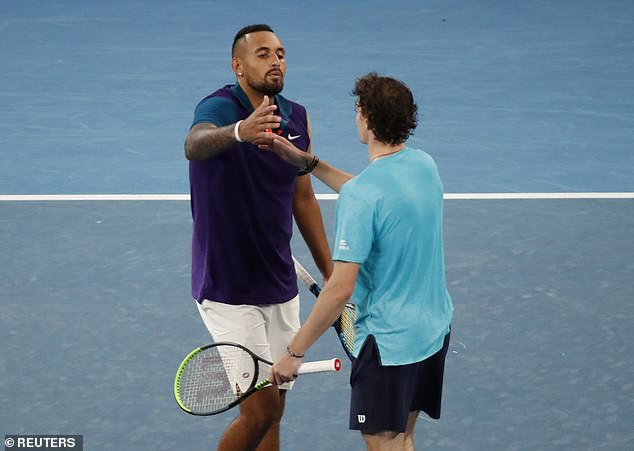 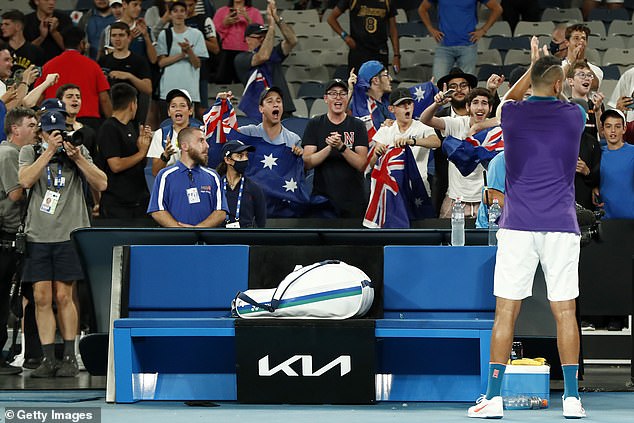 The Australian applauded the crowd, who provided the best atmosphere of the tournament

Tennis has missed Kyrgios and it has missed the semblance of proper crowds. Both have been absent since last March but were suddenly back again as the enfant terrible pulled himself back from the brink to score a memorable 5-7 6-4 3-6 3-6 7-6 6-4 victory over the talented southpaw.

‘I feel old, I just want to have a glass of red wine,’ said the weary Australian, who sat out the pandemic all of last year.

To beat Thiem he will need to avoid the mini meltdowns which saw him docked a point for racket abuse and unsportsmanlike conduct before entering a state of calm.

These were partly precipitated by malfunctioning of the net cord monitor, which nobody seemed able to fix. The officiating by technology has been far from foolproof so far this week.

Kyrgios stated afterwards that a prime motivation was trying to avoid the criticism that would have come from defeat.

It is a typically contradictory stance from someone who goes out of their way to court controversy, such as with his baiting of Novak Djokovic, who he could yet meet in the semi-finals. 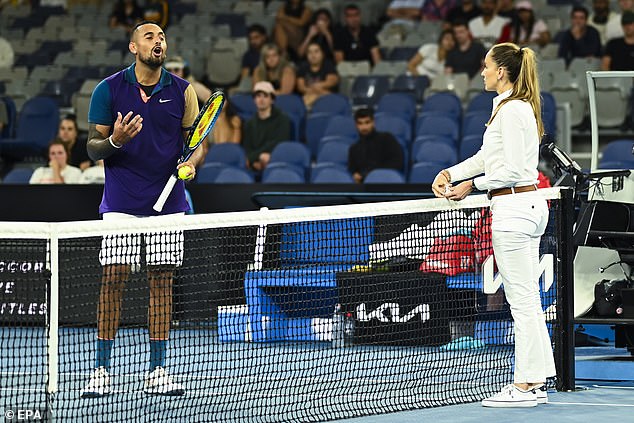 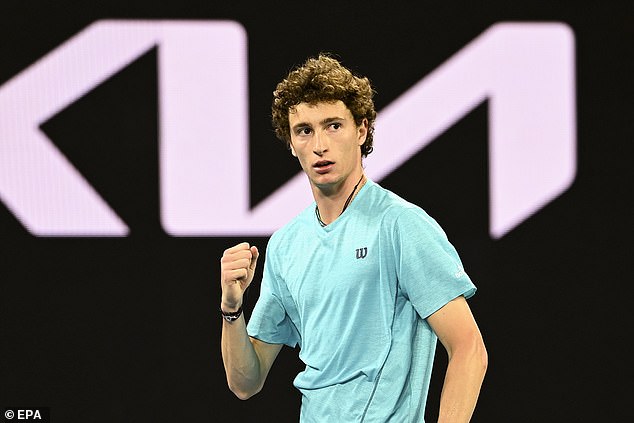 ‘I felt like there was a lot of expectation on me, not playing for a year and coming back,’ he said. ‘ I don’t live under a rock. I know I catch a lot of flak for everything I do. Sometimes I don’t read it, but, like, it’s not hard to miss.

‘I wasn’t expecting too much of myself, but of course when I’m match point from a second-round exit, I was almost afraid.’

Around 4,000 were allowed in to watch him beat Humbert, and their partisanship rattled the less experienced player. Thiem is made of sterner stuff.

‘You’re not going to make Grand Slam finals and win Slams if you’re scared of a little bit of an Aussie crowd,’ said Kyrgios of his next opponent.

‘He trains like an absolute animal. I actually have a lot of respect for him. I think his style of tennis is not easy to play. He’s super physical. But I’m not even thinking about it. I’m just hurting thinking about playing him right now.’ 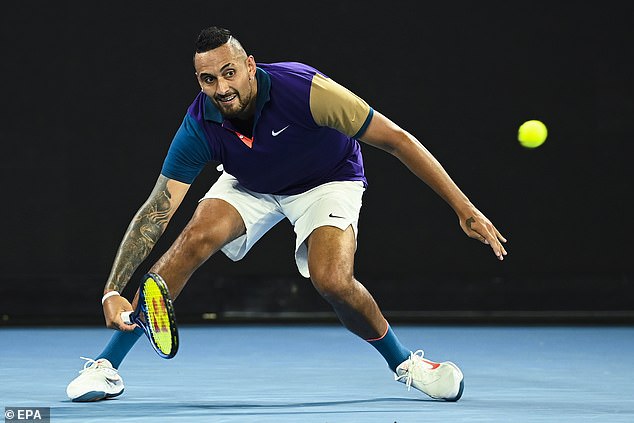 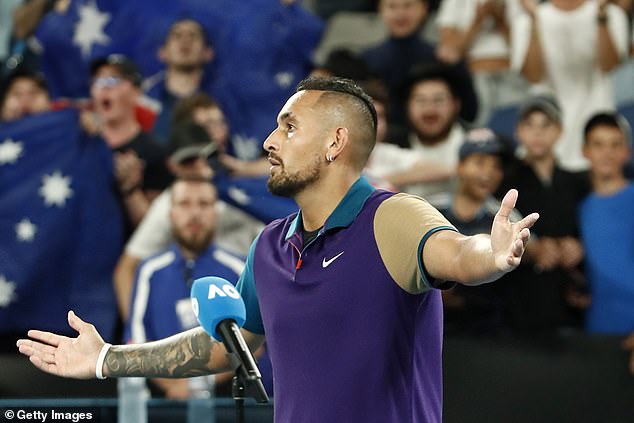 Everyone would love to see Kyrgios play Djokovic, although it probably will not happen, and not just because the Australian might run out of puff.

Djokovic lacked assurance in struggling past France Tiafoe in four sets, and declared afterwards that the courts were quicker than he had never known them, helping big servers.

His next match is against a powerful player in American Taylor Fritz, and then he could meet Canadian Milos Raonic, so it will not be easy for the Serb either.