The man with the best set of wheels in tennis has sped into the third round of the Australian Open.

While compatriots Nick Kyrgios and Thanasi Kokkinakis spent three-and-a-half and four-and-half hours respectively on court in second round clashes, de Minaur checked out in under two. 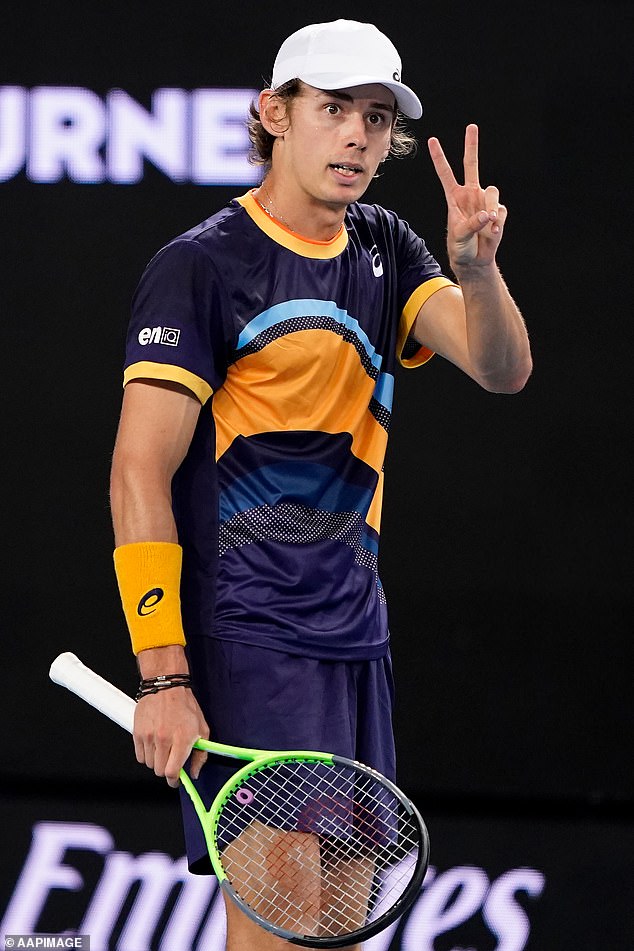 Alex de Minaur of Australia gestures during his second Round Men’s singles match against Pablo Cuevas of Uruguay on Day 4 of the Australian Open at Melbourne Park on February 11, 2021 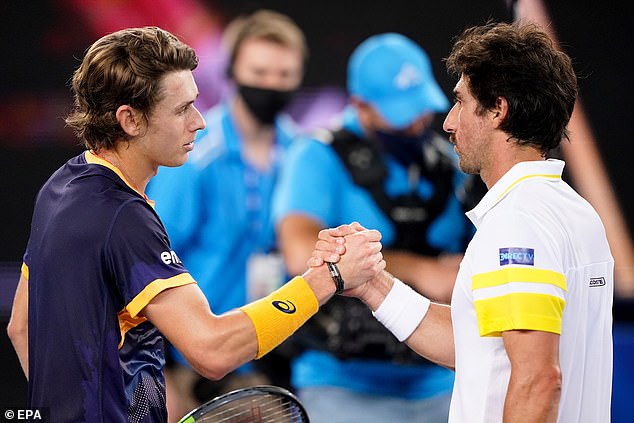 It had followed an equally breezy first-round win over Tennys Sandgren and sets up a last 32 encounter with Fabio Fognini.

The fleet-footed 21-year-old set up the win with early breaks in the first two sets against the 35-year-old veteran.

The third was a little less straightforward.

At 3-4 de-Minaur lost his way to leave Cuevas serving for the set.

But regular programming quickly resumed when he broke straight back, held and cracked Cuevas again to seal the match.

A tasty round-of-16 encounter looms against Stefanos Tsitsipas, who moved through to the third round with his gruelling five-set win over Kokkinakis. 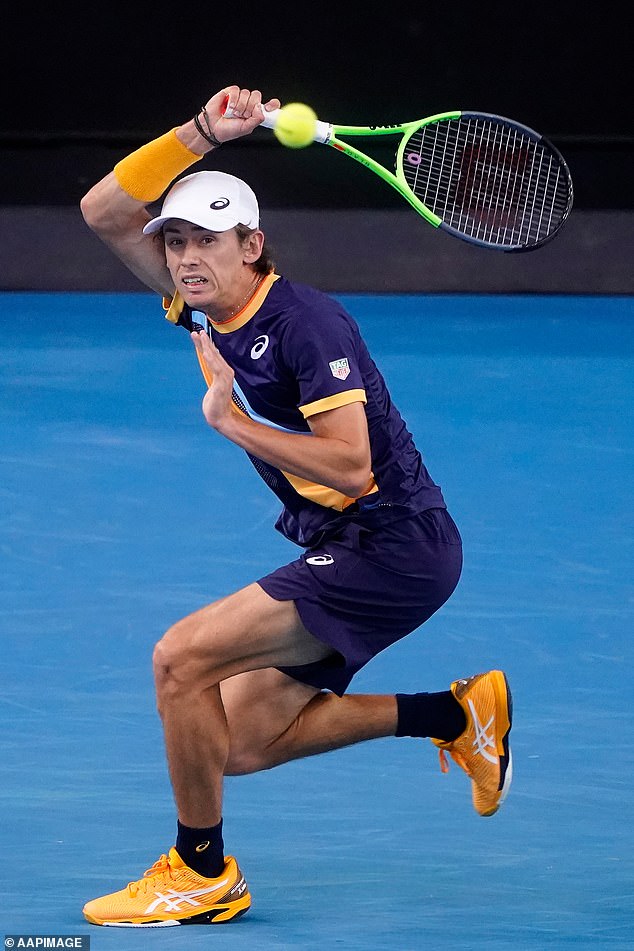 Pictured: Top-ranked Australian Alex de Minaur is seen playing a forward against Pablo Cuevas in his second round match-up of the Australian Open 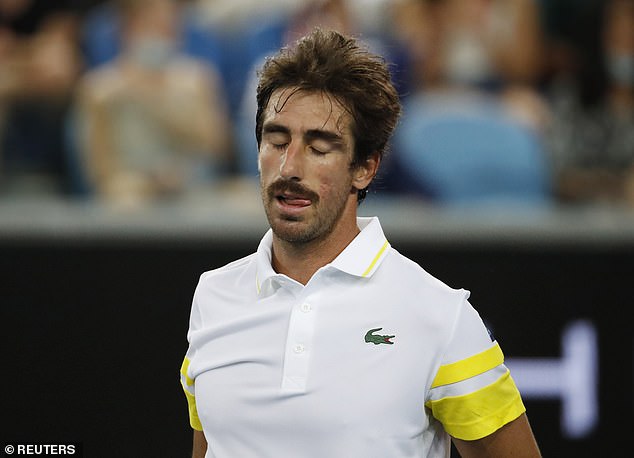