Somewhere Roger Federer may have been looking on anxiously as Rafael Nadal sent the last British singles player packing from the Australian Open.

Nadal is now four match wins away from overtaking the Swiss master’s total of 20 Grand Slam titles, and if he pulls that off next week then Cam Norrie can say he played a small part.

The British No 3 put in an admirable performance in dragging the best level seen from the Spaniard so far this fortnight, but was powerless to prevent a 7-5 6-2 7-5 third-round defeat. 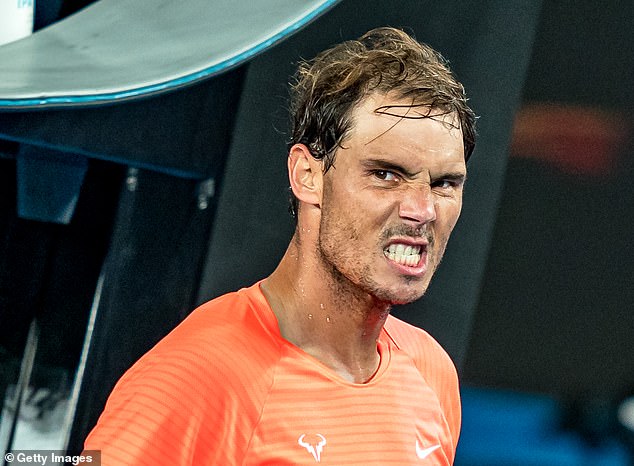 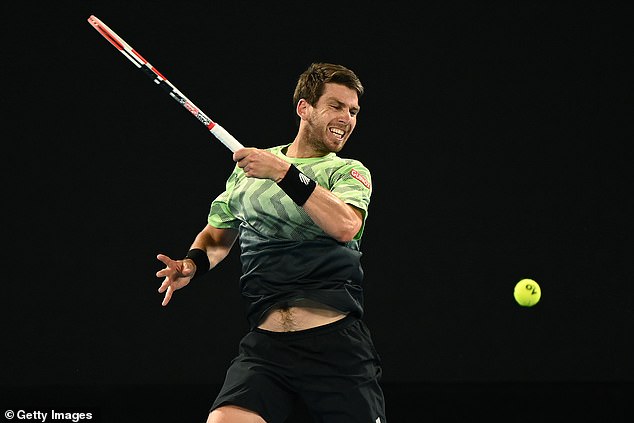 Norrie, ranked 69th in the world, was Britain’s last remaining player at the Australian Open

When Nadal takes on Fabio Fognini in the last 16 the mercurial Italian will be trying to stop him winning a 10th consecutive straight sets victory at a Major.

Ominously, having seen off Norrie on a deserted Rod Laver Arena due to the restored lockdown in Melbourne, the world No 2 reported a clean bill of health for his troublesome back.

‘I was not serving my normal serve for the last 15 days. Today is the first day that I started to serve again my normal serve,’ he said. ‘Yesterday I didn’t practice, today I just warmed up with the new, normal movement. The biggest victory is the back is better for the first time today.’

Norrie got the first break of the match to lead 3-2, but his opponent cancelled that out immediately was imperious in gaining a 17th straight win over a fellow left-hander.

He was generous about his British opponent afterwards, saying: ‘He’s brave. His serve worked quite well, especially the first serve. And then he has a very flat backhand, that today with the heavy conditions that helps a little bit to him. I think he has a complete game.’ 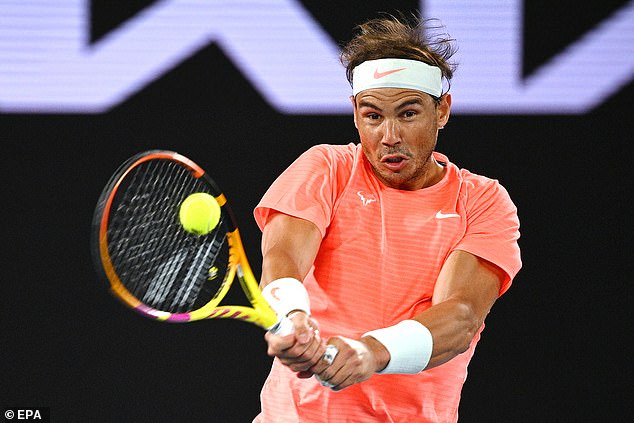 On this week’s evidence Norrie ought to be going higher than his current ranking of 64, and making the third round added a figleaf of respectability to another decidedly mediocre Grand Slam in singles for the British game.

Kyle Edmund was again injured, while Andy Murray was not allowed to travel after his positive Covid test. On Saturday night he was trying to make the final of the lower-tier Challenger event in Biella, northern Italy, to which he has been forced to drop down for his comeback.

This will be the eighth out the last 11 Grand Slams in which no Brit has made the second week of the singles, although at least for Norrie it should have proved a building block.

‘It was good experience to play a big dog like Rafa,’ he said, before pointing out one of huge challenges of playing Nadal: ‘If I didn’t get the return in the right place and he was getting on a forehand, I was almost dead in the rally.’ 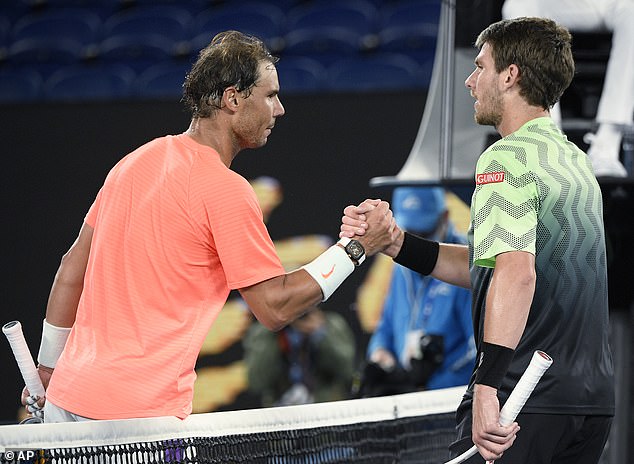 The tournament now deserted due to a five-day lockdown caused by a local Covid outbreak. There was also the concerning development of Greek player Michail Pervolarakis testing positive at an event in South Africa, having left Melbourne last week.

Tournaments and players face a tricky few months ahead with their schedules and limited options. For Putney-based Norrie it means being resigned to not getting home until April at the earliest.

‘My plan was never to go back to the UK. I was going to play tournaments and up until Miami (late next month),’ he said.

‘I will not be going back any time soon, and I think it’s going to be tough for the British guys to go home at all, because as soon as you do that, with ten days’ quarantine, you’re going to lose a lot of momentum and a lot of your training and physicality.’