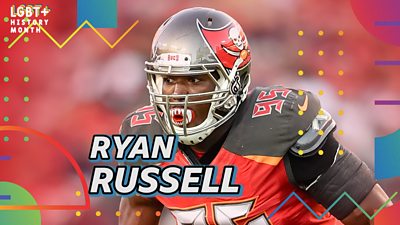 As part of LGBT+ History Month, NFL player Ryan Russell tells BBC Sport’s Nesta McGregor that he “felt like he was flying” when he came out as bisexual in 2019.

Defensive end Russell has played for the Dallas Cowboys and the Tampa Bay Buccaneers.

READ: ‘I want to be the first, but never the last’

WATCH MORE: ‘I wanted to come out, and wanted to still play in the NBA’

Listen to the LGBT Sport Podcast