The 25-year-old revealed that he intends to vary his tactics the next time he plays Djokovic, and that the experience of losing a final will stand him in good stead in the future. 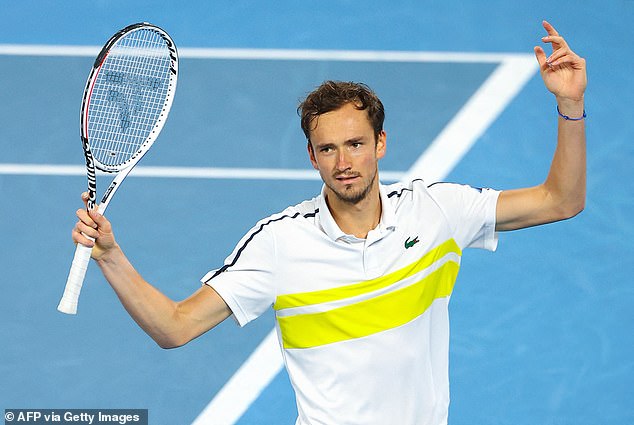 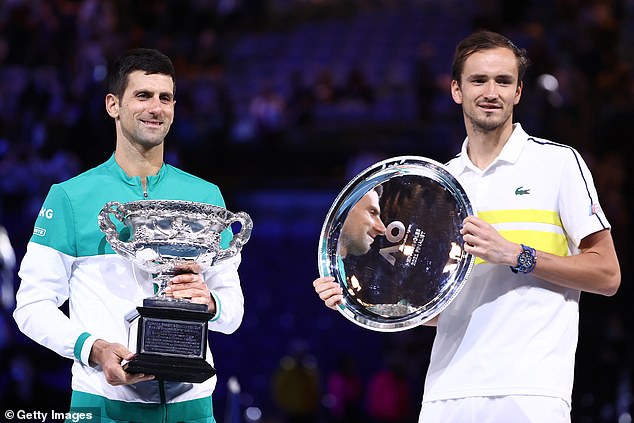 ‘It’s definitely tough, I don’t like to lose matches. It doesn’t matter if it’s a first round or a final of a Grand Slam… I feel like it’s the kind of match I won throughout this tournament, but he won today,’ Medvedev said.

‘I think I got closer [to winning a major title], because I always say experience is the key for me. Next time if I play Novak, I am for sure going to do some things [differently] on the court, maybe also differently off the court. It doesn’t mean that I will succeed, but that’s the life of a tennis player.

‘Losses hurt. The only thing that keeps me warm is that I always try to do my best on the court. Today, I was not happy with myself during the match. I felt like I was doing my best, but it was not there. It happens. This is also life.’ 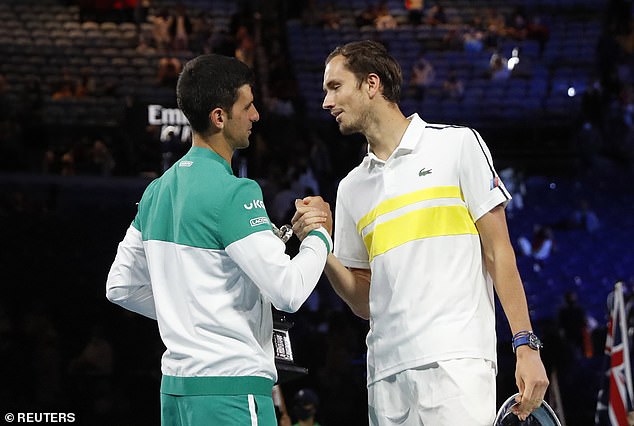 The Russian star labelled Djokovic, Roger Federer and Rafael Nadal whom he lost to in the final of last year’s American Open as ‘cyborgs of tennis.’

Federer and Nadal are tied on 20 Grand Slam titles, with Djokovic just two behind.

‘When they’re in the zone, and I’m not shy to say it, I feel like they’re just better tennis players, which shows in facts and numbers, than the rest of us,’ Medvedev added.

‘When we are also in the zone, we can bring a big fight to them, we can win some matches and maybe some big titles. But it’s just that the percentages are on their side. I rank them as the toughest opponents of my life.

‘Same with Rafa, 13 [titles]… We’re talking about some cyborgs of tennis in a good way. They’re just unbelievable.’