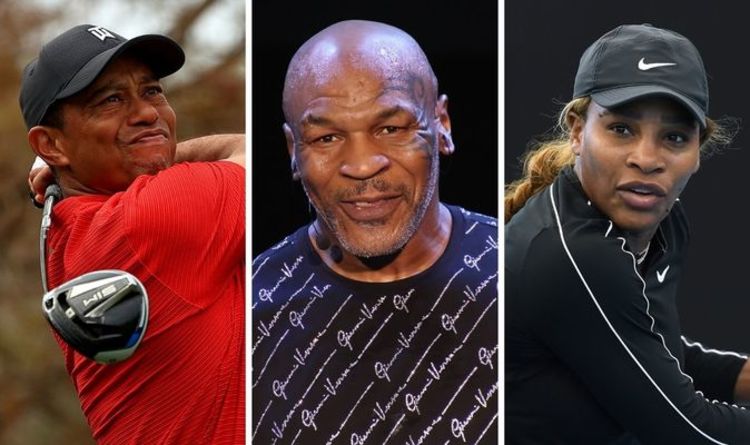 Mike Tyson, Steph Curry and Serena Williams are among those to have sent Tiger Woods messages of support following his car accident yesterday that left him with a shattered ankle and fractures to his leg. The legendary golf star who has won 15 majors in his illustrious was pulled from the “within the jaws of life” after being extracted from the wreckage by emergency services.

The 45-year-old is now recovering in hospital following surgery on his lower right leg and ankle.

A statement on his official Twitter account read: “We thank everyone for the overwhelming support and messages during this tough time.

“As previously communicated, Tiger was involved in a single-car accident earlier this morning in California.

“He has undergone a long surgical procedure on his lower right leg and ankle after being brought to the hospital.”

The rental car Woods was travelling in is alleged to have hit the ‘Welcome to Rolling Hills sign’ in the road before being flipped across into the other lane.

It then collided with a tree before being flipped into a verge of grass.

Prayers for Woods from around the world have flooded in for the golf legend, with his fellow sporting stars uniting his solidarity in messages of support.

Mike Tyson tweeted: “Fight @tigerwoods like the champion you are for your kids and the world. Love and prayers.”

Tennis star Serena Williams posted on social media: “Love you big brother… but We will get through this @TigerWoods”

NBA icon Stephen Curry said: “Heal up quickly @TigerWoods! Praying for you and your family. God is in control always. Stay strong.”

“If ANYone can come back from today’s horrible leg/ankle injuries, and win again, even another major, it is Tiger Woods. All-time mental/physical toughness. Pulling for him.”

Gary Lineker also tweeted his support following the accident: “Thoughts are with @TigerWoods. Hope it’s not as serious as appears.”

The PGA later released a statement which read: “We have been made aware of Tiger Woods’ car accident today.

“We are awaiting further information when he comes out of surgery. On behalf of the PGA Tour and our players, Tiger is in our prayers and will have our full support as he recovers.”