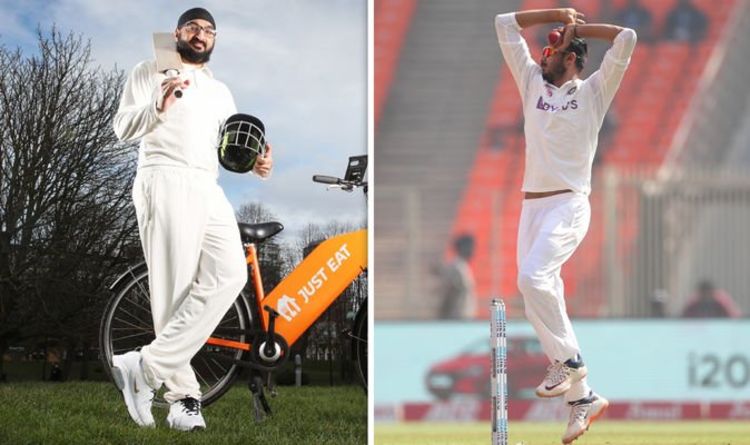 India spinner Axar Patel still has plenty to prove despite a stunning start to his Test career, according to former England bowler Monty Panesar. Patel made his Test debut in the second match in the current series against England. He took seven wickets in Chennai including a maiden five-wicket haul.

Patel backed that up by claiming 11 wickets, including two further five-wicket hauls, in the two-day Test in Ahmedabad.

He was once again among the wickets on the first day of the final Test on Thursday.

The all-rounder picked up four scalps as England struggled again against the turning ball.

But Panesar, speaking on behalf of Just Eat, claims the 27-year-old now has to prove he can perform away from home.

India visit England for a five-match series this summer.

“When the ball is turning, yeah he’s a very, very good bowler.

“I’m not sure how good he is away from home if he makes the team, which I’m sure he will for the Test matches in England.

“Then we will see how good he is on pitches that don’t turn as much.

“It’s always a different ball game when the pitches are flatter, the ball doesn’t grip as much, how do you bowl when you have to bowl with more of a defensive role?

And Panesar says the 34-year-old should be considered as one of the all-time greats.

“Ashwin’s up there, he’s up there with the likes of Shane Warne,” he added.

“It depends on his record if he gets there, with Shane Warne, Muttiah Muralitharan.

“But I’m sure he will get 600, he could end up being the leading wicket-taker for India if he keeps his fitness up and the way he’s bowling.

“But yeah he’s definitely up there in the top 10 spinners in world cricket to have played the game. He’s definitely in that category.”

Cricket fans in London, Manchester or Birmingham can order themselves a Full Indian Breakfast from Just Eat from 4am on Thursday morning.

Panesar has backed the initiative, saying: “I think it is a great idea by Just Eat, which is the largest food delivery company in the world.

“What a great way to tune in and you can order a nice Indian breakfast.”