Just to rub it in, one of the Cornish Pirates stewards had £50 ready to bribe the bus driver to take the coastal road, so Saracens would miss their flight home.

His mischievous ploy did not come off, but the fallen giants had already suffered enough humiliation.

In the unfashionable backwaters of the second division, Saracens’ opening game ended in defeat.

‘Welcome to the Championship – it is the bad lands!’ quipped Pirates coach Alan Paver, after the shock result. 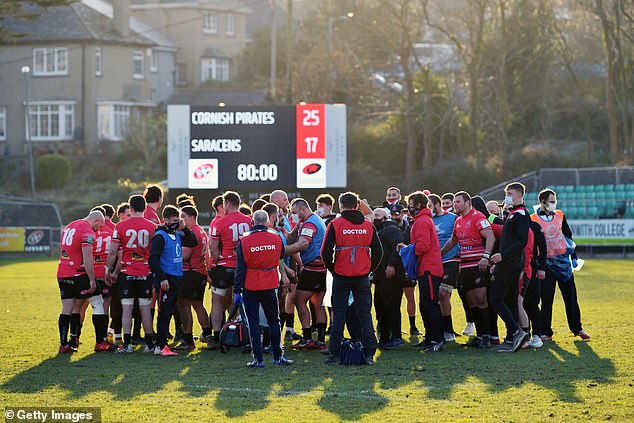 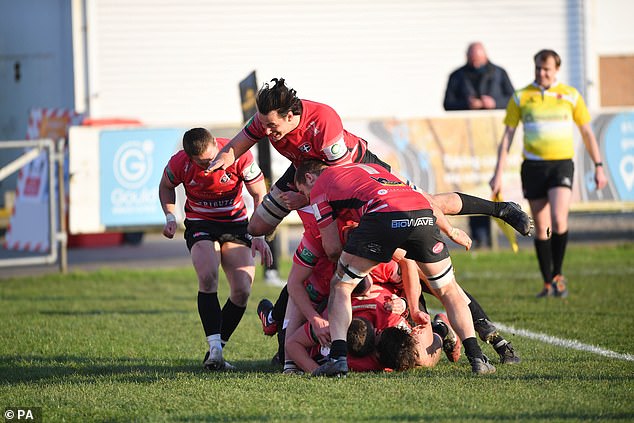 Saracens’s team, boasting a Springbok and a British Lion, were sent packing.

South African prop Vincent Koch beat England in the World Cup final in 2019, yet here he was driven backwards as the Pirates delivered a scrummaging masterclass.

The hosts built their victory on set piece dominance, whilst securing their place in local folklore and forcing the Premiership’s ring-fencing advocates to think again.

‘This is an iconic moment,’ added Paver. ‘We were the first to really play them at full-tilt and we deserved the win. People have to respect what the Championship is about. Today showed we can do it and we are valuable to rugby.’ 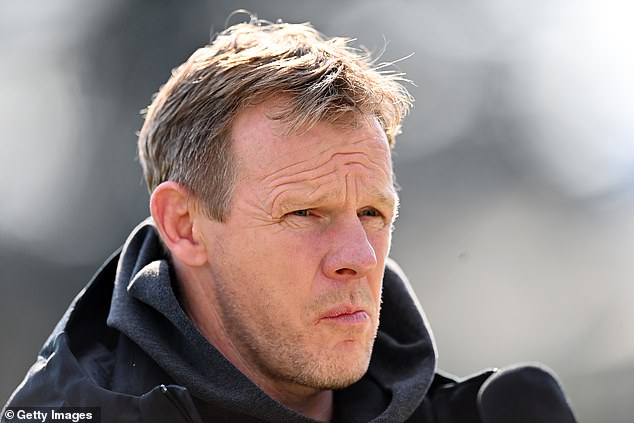 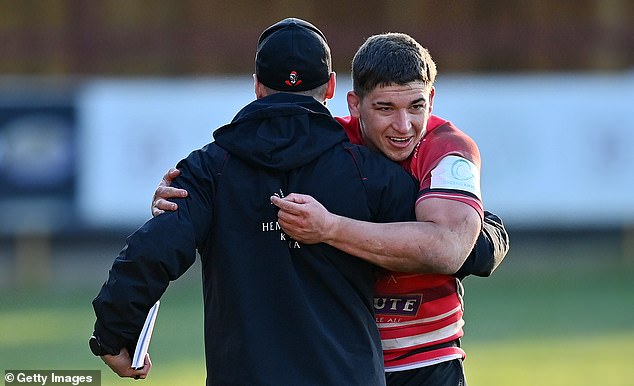 Lock Danny Cutmore was rejected by the Saracens academy, but he dominated the lineout as rugby was stripped back to basics.

The early noise from the Saracens bench suggested they were not taking the task lightly, but they were quickly drowned out by Mark McCall’s cries of frustration from the coaching area.

‘It was a very sobering day,’ said McCall. ‘We know just how important fundamentals are in the Championship and we didn’t get that right. That was at the heart of it.’

McCall berated his players for trying to run the ball out of their own half, rather than kick for territory, and cursed their ill-discipline. Reputations counted for nothing.

Four weeks after beating England in the Calcutta Cup, Scotland winger Sean Maitland’s try gave Saracens an early lead, but that was as good as it got.

Hard-hitting No 10 Luke Scully kicked the hosts back into the game after a clumsy high tackle by Michael Rhodes, before skipper Tom Duncan extended the lead with a try from a quick-tap penalty. 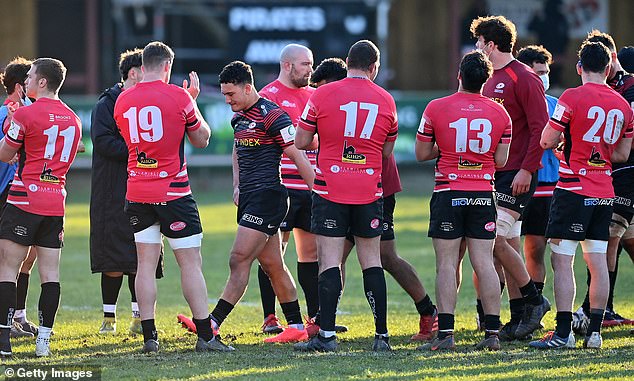 Saracens will hope the likes of Owen Farrell, Maro Itoje and Jamie George will return soon

The Pirates’s ambitions to reach the Premiership have been held back by a lack of funding. Many of their players’ wage packages are subsidised by sponsorship from Jack Nowell’s local pub, the Swordfish.

They spent most of 2020 on furlough and, having not played a competitive match for 12 months, they rallied with a display of pride and physicality.

There was a Saracens try from Alex Lewington before half time but, determined to force an upset, hooker Dan Frost snatched back the lead, following an impressive grubber kick.

Word spread around town that the Pirates were leading against the recent European champions. Locals gathered around the perimeter of the ground to find viewing points over the top of the low-slung stands.

There was a fleeting sense of inevitability when Jackson Wray powered over to move Saracens back in front, but the resistance continued.

Flanker John Stevens flew through the air to steal the restart and, moments later, Scully kicked the hosts ahead.

Frustrations grew in the visiting ranks. Tempers flared. Jay Tyack won penalty after penalty in the scrum and errors crept into the Saracens game.

Manu Vunipola missed a kick to touch, before play switched ends. Saracens failed to deal with a high ball, before replacement scrum-half Rhodri Davies pounced to score. The hosts let out a victorious roar, while the shipwrecked Saracens were left with a sinking feeling.