For Eddie Jones, the Webb Ellis Trophy is the holy grail. Everything he does is geared towards the World Cup. All of his decisions fit into the bigger picture of a four-year cycle.

At the start of the last cycle, all of the players were given a digital clock. They were white, with an England rose on them and were set to count down to the first day of the 2019 tournament in Japan.

Everyone took their clock home and there were a few jokes at the time that Eddie had bugged them with a microphone and a camera so he could watch what we were doing at all times! They provided a constant reminder about the end goal. 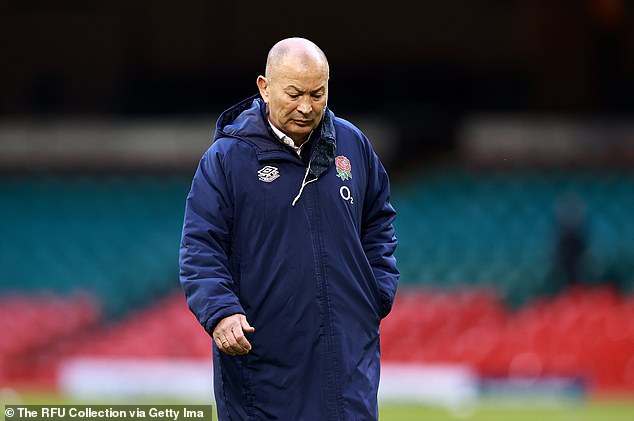 Once I was left out of the squad, I chucked mine into a bedside table drawer and forgot about it. On the first day of the World Cup, I heard this alarm going off. I was already in a hole about being left out, then suddenly I’m having to empty all my drawers trying to find this screeching alarm reminding me that I wasn’t there!

There is no doubt that Eddie will already be thinking about 2023. He will be considering who will last the course and who he will bring in as their replacement. The poor start to this year’s Six Nations could speed up that process, which would be a blessing in disguise.

Looking at performances and results, I don’t think England have built on where they were at the 2019 World Cup. It’s still relatively early in the cycle, but I can’t see where they have kicked on. 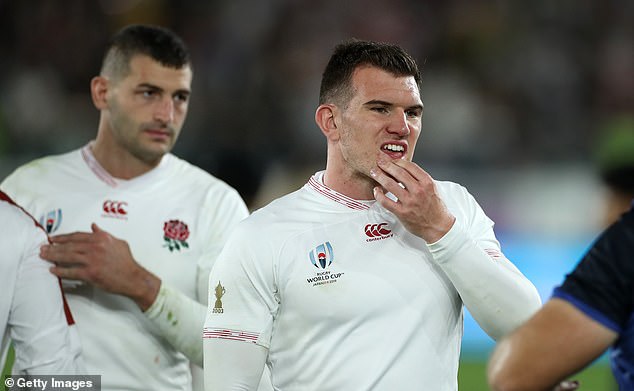 Now that England are out of the title race for this year’s Six Nations, there’s no reason why Eddie can’t start to look at guys for the future. One of the mistakes in the build-up to 2019 was that some players weren’t given enough opportunities early on.

We ended up in a situation where Danny Care fell out with the coach, so Ben Spencer was named on the bench for the World Cup final having never started a single Test match. It was crazy.

My guess is that 25 per cent of this squad will change between now and the World Cup. Dan Robson is 28 years old, so he’s either good enough or he isn’t and you’ve got to try him out. If he thrives, happy days. If he’s not good enough, move him along. He’s not there for an apprenticeship.

I’m a massive fan of Mark Wilson, but he’ll turn 34 at the next World Cup so you have to question whether he’ll still be in the mix. Now is the time to see whether Ben Earl, Alex Dombrandt and Sam Simmonds can cut it. You don’t want to be in a position where you’re drafting them in last minute because there are a couple of injuries.

If Marcus Smith keeps progressing at the rate he is, he will be England’s starting 10 by 2023. Looking at the way England played against Wales, flat to the line, Marcus would suit that perfectly. On top of that, he offers more of a running threat than any of the current options.

There could also be big changes in the back three. Jonny May will be 33 by the World Cup and he’s a player whose point of difference is his speed. There’s no young pup tearing things up in the Premiership but Jack Nowell has the Lions hallmark. 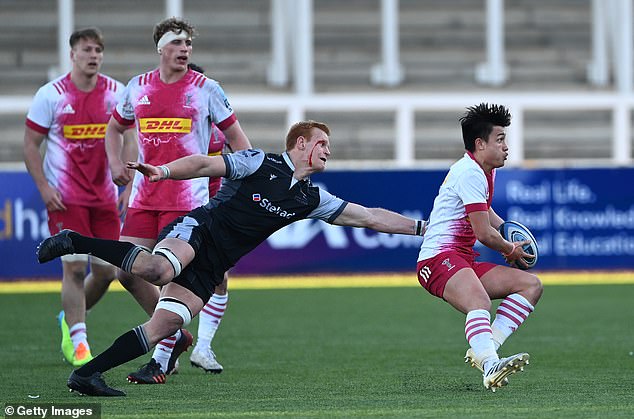 He offers something different, pick-and-goes, running off nine, jackal-threats like a back-row, so he has to be in the team.

Full-back is a position I keep a particularly close eye on and there’s a lot of talent coming through. Elliot Daly’s versatility makes him a great option to have in the squad but I don’t think he’s the country’s best No 15. The future lies with Max Malins, Freddie Steward, Tom de Glanville or Tommy Freeman.

Speaking to Dan Biggar for my column last month, I was interested hear how Wales had blooded a lot of youth during the Autumn Nations Cup. Short-term pain for long-term gain.

I’m sure Eddie will give some of his youngsters a chance against the USA and Canada this summer but why wait? He could find out a lot more about them in a tough Test against France or Ireland. It feels like a missed opportunity.

Don’t get me wrong, there’s a huge amount of talent in this England squad. I’m not saying it needs a complete overhaul. Kyle Sinckler and Maro Itoje would make a World XV. Jamie George, Tom Curry, Anthony Watson, Owen Farrell, Henry Slade et cetera are very much a part of the bigger picture.

At some point, however, there needs to be some new blood to move the team forwards. During the last World Cup cycle, Eddie had a massive banner up in the training centre. 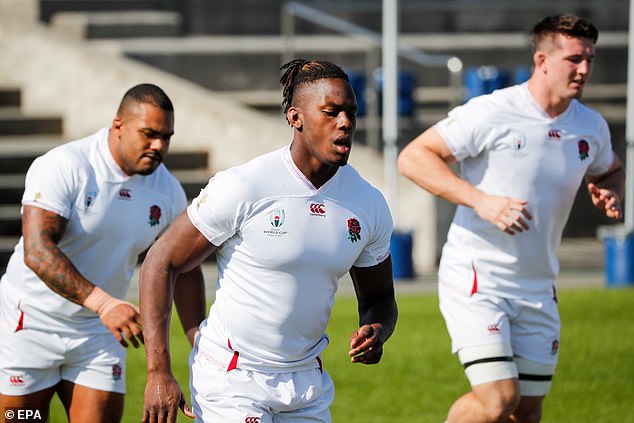 It was first thing you’d see when you walked in and it listed all the fixtures to the World Cup final. After every game, he would update it with the score, man of the match and a photograph of the game.

We had a run of bad results during the 2018 Six Nations, all of which were added to the list and that was a turning point in the World Cup cycle. Dylan Hartley and myself were dropped, then Chris Robshaw and Danny Care weren’t far behind. One minute you’re in the trusted circle, the next minute you’re out.

It’s inevitable that Eddie will make changes at some point and, now that England have come unstuck, it’s as good a time as any to see who is waiting in the wings.

Has all the skills. Get him in now to see if he can make the step up. His fundamentals as a No 15 are good and he has the X-factor too. Freddie Steward has the skill to be a ‘proper full-back’ and Tommy Freeman is one to watch.

Looking electric right now, taking people on and should be near his peak in 2023.

Quality player with all the skills. He has got the natural ability that we associate with All Blacks.

Captain and provides the energy, especially in defence. Showed against Wales what he can do as second receiver, bringing outside backs into the game and off-loading when taking the line on himself.

Adds something different to the back three if he can get fit and stay fit. One of the best wingers I’ve played with.

Needs the opportunity to see if he can take his club form with Quins to next level. Will provide a genuine, high-level kick, pass and run threat.

Ben Youngs isn’t getting any younger and his understudy could add spark to the attack with sniping and tempo. Leicester Tigers’ Jack van Poortvliet could be a bolter.

His ball-carrying is a huge point of difference. Ellis Genge hasn’t quite done enough in his limited opportunities to move ahead.

Saracens will be back in the Premiership in 2023 and he will go into the World Cup with a proper amount of game time. Luke Cowan-Dickie is not far behind.

No debate. One of the first names on the team sheet and a genuine world-class player.

Good start to his international career. Progressing well and younger than Courtney Lawes and Joe Launchbury.

One of two players in the team who would make a World XV without debate.

The Tom Curry-Sam Underhill combination is too defensive for me. Dombrandt brings an X-factor in attack and his defence has improved.

A poacher who smashes opponents in defence. Could switch in and out with Underhill.

Showed against Wales that he can still be massive for England with his ball-carrying skills.