France‘s Three Musketeers are ready to inflict more pain on England with Antoine Dupont, Romain Ntamack and Virimi Vakatawa a trio of threats.

With the latter two back from injury and into the Six Nations side, Les Bleus come to Twickenham with a full armoury this Saturday.

Here Sportsmail’s NIK SIMON and WILL KELLEHER talk to those in the know about the flying Frenchmen.

In his home town, they call Antoine Dupont ‘Le Taureau de Toulouse’. The little bull from Toulouse. The 24-year-old Frenchman is only 13st and 5ft 8in, but has become one of the most feared men in rugby, as legendary French No 9 DIMITRI YACHVILI explains…

Brain: He played fly half when he was younger, so he sees a good picture of the other 29 players on the pitch. Historically, in France, we haven’t had many scrum halves like him. Guys like Jacques Fouroux and Fabien Galthie have been like orchestra conductors: calling the moves and passing. Dupont is different because he has the strength of a running back.

Speed: Not many players have his acceleration over 10 metres. Even if the ball presentation is poor, he can find little gaps around the side of a ruck to make a break. If he finds a hole, he is very difficult to catch. 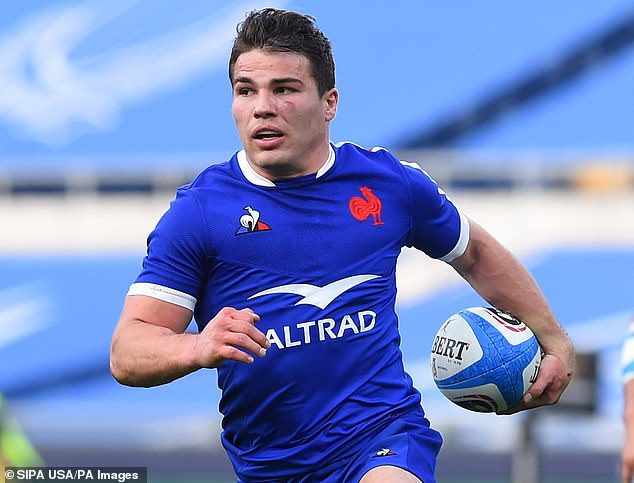 Antoine Dupont is only 13st and 5ft 8in, but has become one of the most feared men in rugby

Strength: The power comes from his legs. He’s more like Faf de Klerk than Aaron Smith. He is not the biggest guy but can break tackles. This is what makes him world class. His tackling is a good and he charges around the pitch. As he gets older, he may need to think a bit more and preserve his energy.

Kicking: In England, scrum halves usually kick when they have the ball in their own half. In France, they kick a little bit less, especially in the club game. Dupont box-kicks quite well. He has flair and makes skilful cross-kicks to the wingers. 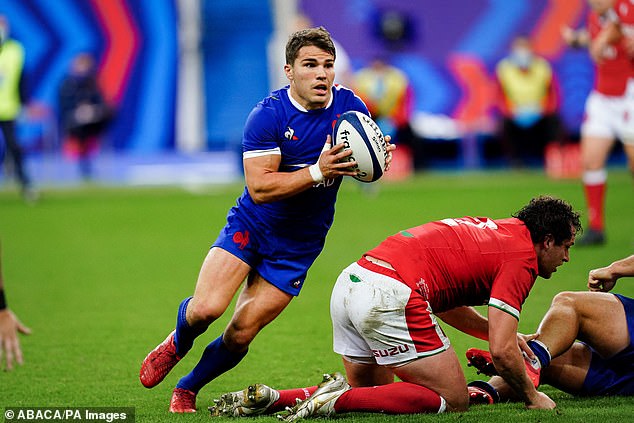 The 24-year-old is not the biggest guy but can break tackles, which makes him world class

The son of French star Emile, Romain has formed a devastating partnership with Toulouse and France with Dupont. Back from a fractured jaw he has the world at his feet, according to World Cup-winning South African wing CHESLIN KOLBE…

When I came to Toulouse in 2017 Romain was still in school, but trained with the senior team at 17.

Watching him develop of the last two or three years has been amazing to see. The maturity he shows in leading the team as the fly-half, guiding the whole team, is phenomenal. 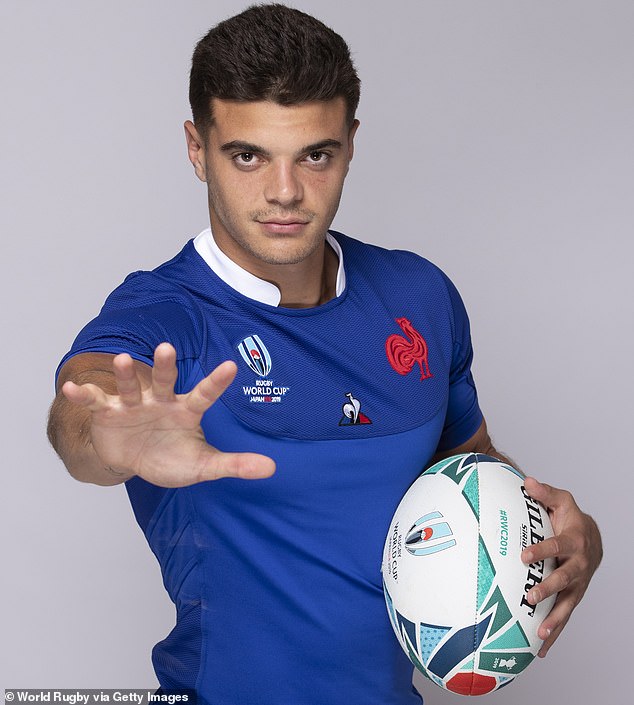 For a guy to have almost 20 caps at 21 years old, man he can look forward to a bright future!

The way he’s been performing in the Top14 and dominating for France, I would give him another a year or two before he’s up there with the best in the world like Handre Pollard and Finn Russell.

I’m sure he’s going to develop into a player who will leave a legacy. All this could go to the head of a guy who is achieving so much ahead of those his age, but he’s very humble and has a good balance between rugby and looking after his dog!

Romain has some good genes running in the family. His father Emile played at his first World Cup in 1995 France in South Africa – being a legend in France and Toulouse he is definitely the right man to guide Romain.

Romain has a younger brother too, Theo, who is a forward and a massive unit! The Ntamack family’s future is looking bright. 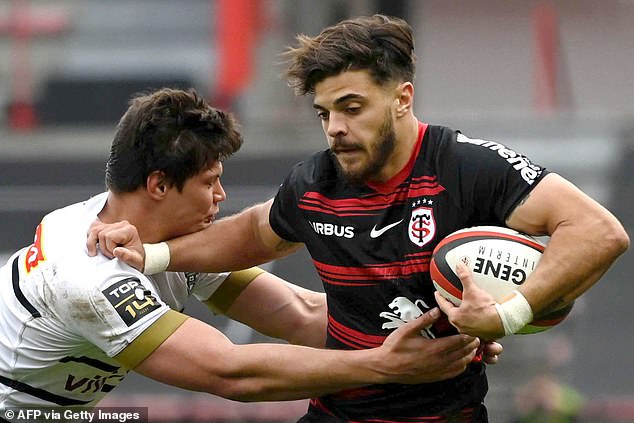 He and Antoine Dupont are stars in Toulouse. The fans love them. They are two amazing talents

He and Antoine Dupont are stars in Toulouse. The fans love them. They are two amazing talents, probably the best pair at the moment. Antoine doesn’t get fazed with anything, he just shows his magic. He’s probably one of the most talented players I’ve ever shared the field with.

I see similarities between this French team and my South African side. Two years ago they had such bad press, but now have a coach that believes in the plan, a team that is uniting the country, are exposing younger players and it has a massive impact on how they’re performing.

Born in Naitasiri, Fiji, Vakatawa moved to France as a teenager having been recruited to Racing 92 by former Test star Sireli Bobo. Once qualified on residency he started playing Sevens for France in 2013, moving to play wing for the XVs side in 2016. His move to outside centre has made him world class – according to Racing 92 backs coach MIKE PRENDERGAST.

Virimi is those players that you just have to get involved.

He’s a very good ball-player. You look at him stepping and offloading, but he’s added good ball-playing elements to his game. Virimi’s a phenomenal athlete and a very smart, intelligent rugby player.

He speaks both English and French very well so is good with the home-grown players and foreigners. He’s very good at seeing space, and has that confidence that most times he goes for it something happens. 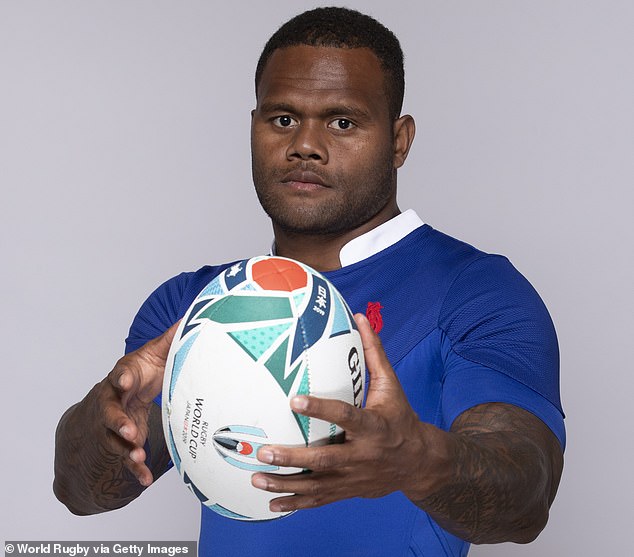 Born in Fiji, Virimi Vakatawa moved to France as a teenager having been recruited to Racing 92

I would only relate Virimi to Bristol’s Semi Radradra when looking at the best centres in the world. Virimi has probably a bit more of a passing game than Radradra, who has that gliding running ability, but you can put a lot through Virimi as a linker.

Virimi teases defenders and has the ability to step off both feet. If he sees a defender is fixed or has knocked off a small bit that’s where he’s into his own.

He works with former All Black Joe Rokocoko, who coaches our academy, and he had the intelligence to pick bits from our fly-halves Dan Carter, Johnny Sexton and Finn Russell. He’s a world class player now.

Virimi’s got a girlfriend here, having moved over as a teenager, is a quiet guy but when he speaks it might be two or three words but people listen, and they follow what he does on the pitch. 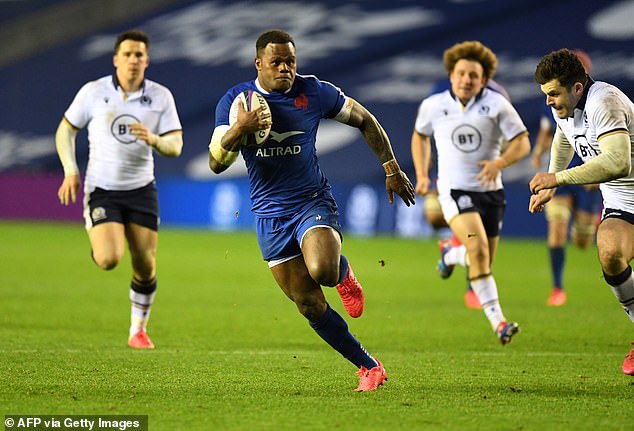 France have a special player in Dupont. He attracts so much attention around the ruck. The way they get forward is to either kick long or play off Dupont around the ruck. The 10s are generally good individual players, which gives them more freedom to roam, and they’ve got power in their backs who are very good at finishing off opportunities.