Gareth Davies feels under pressure to perform at scrum-half having come into the Wales team for injured Kieran Hardy, who starred in the England win.

Davies, 30, has 60 caps but has lost his starting spot to younger men recently.

He has a chance to prove he is the best No 9 in Wales against Italy this Saturday and is determined to take his chance. 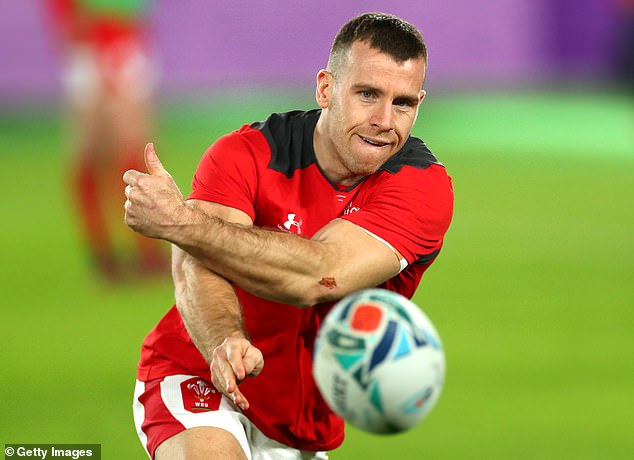 ‘Kieran was outstanding last week against England and was unfortunate to pick up that little hamstring injury,’ said Davies.

‘I feel like there’s a bit of pressure on me to perform as well as he did.

‘It’s about doing the basics right, managing the game well, playing in the right areas and bringing as much tempo as possible.

‘It’s good to be back in the starting XV. Throughout my whole career, there’s always been a lot of competition for the scrum-half jersey, so I am used to it. 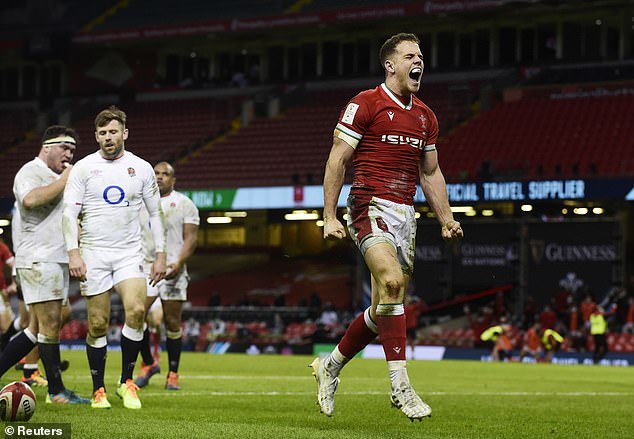 He will replace the injured Kieran Hardy, who impressed during the win over England

‘I’ve always said it’s healthy as a player. It’s only a good thing for the squad to have so much competition. It keeps us all on our toes.’

Davies will be up against Welsh-speaking Italian Stephen Varney, the Gloucester scrum-half born in Pembrokeshire. 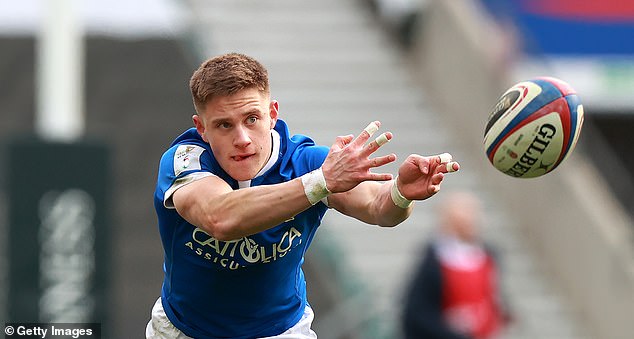 ‘He’s a Pembrokeshire boy and out there playing international rugby in Italy. It’s quite strange. But it’s good for him.

‘He’s come through really well and he’s a good player. I’ve watched him play a few times for Gloucester and played against him a little bit in the autumn internationals as well.

‘We know what his strengths are, so we’ll have to keep an eye on him.

‘I’m looking forward to the competition.’