Roger Federer‘s comeback after 14 months out with a knee injury ended in the quarter-finals of the Qatar Open after he was beaten by Nikoloz Basilashvili.

And the 20-time Grand Slam winner has made the decision to withdraw from next week’s Dubai Open to return to training.

Federer, 39, defeated British No 1 Dan Evans in the first round in Doha but lost to Basilashvili the following day. The world No 42 defeated a weary-looking Federer 3-6, 6-1, 7-5 after saving a match point. 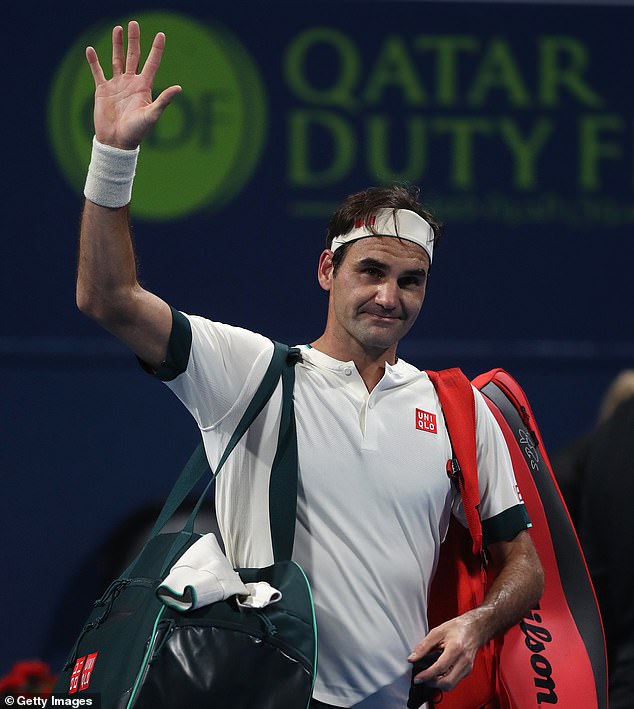 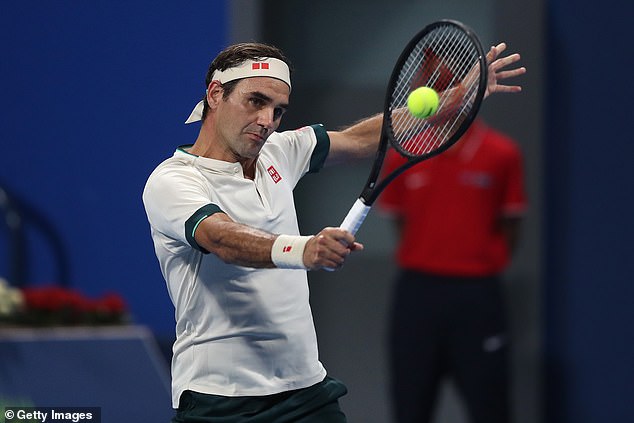 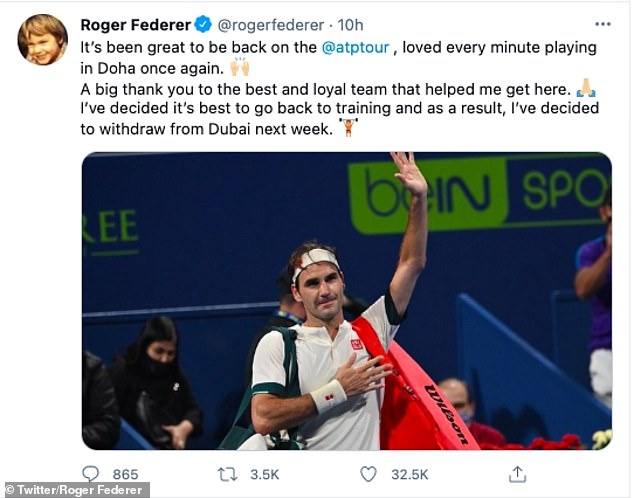 After the tournament, Federer tweeted his decision to pull out of his second comeback tournament following a year working his way back to full fitness after two rounds of knee surgery.

He wrote: ‘It’s been great to be back on the @atptour, loved every minute playing in Doha once again.

‘A big thank you to the best and loyal team that helped me get there. I’ve decided it’s best to go back to training and as a result, I’ve decided to withdraw from Dubai next week.’

Federer was content that he’d returned to the tour in Doha after so long away but wasn’t quite able to make the semi-finals despite having a match point in the 10th game of the deciding set.

He couldn’t take it and Basilashvili broke the Swiss in the following game before seeing the match out in one hour and 50 minutes. 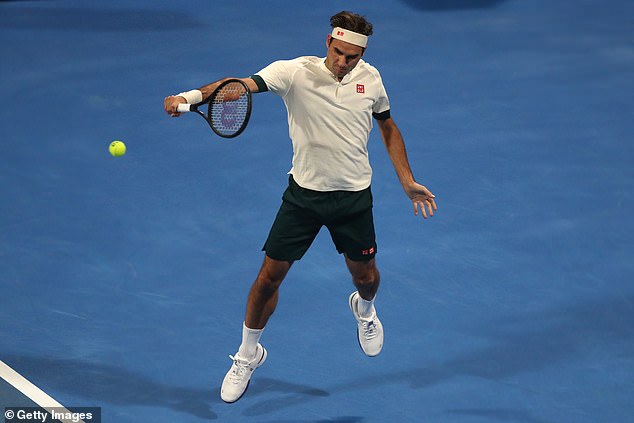 Federer told the ATP website: ‘I’m happy I am back on the tour. I’m pleased I came here to Doha. So it’s a really, really positive return for me. I’m really happy.

‘I come from so far away that I’m actually happy that I was able to play back-to-back three-set matches against top players. That’s an important step forward to me.’

Georgian Basilashvili, 29, said: ‘It is unbelievable because he is one of the greatest of all time. To play him means so much to me.

‘I am very happy he came back to play and to win against him is a dream come true.

‘He was always my idol, and I am sure he is to many tennis players and fans, so I am unbelievably happy.’

Federer has already withdrawn from the Miami Open later this month, meaning he is likely to make his next appearance on the clay courts as he builds towards the grass court season. 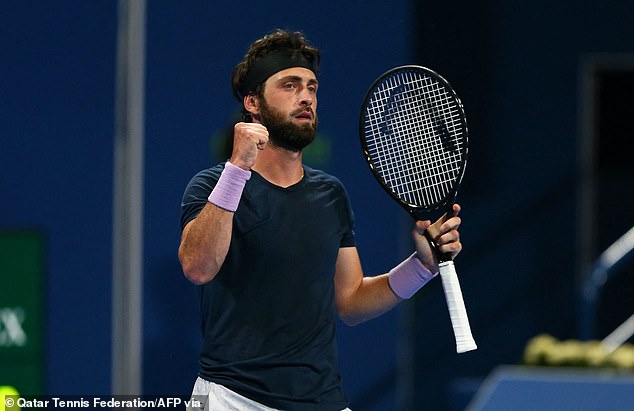 ‘I think matches are important. What comes before the grass courts are the clay courts. So from that standpoint, I have no choice but to play on clay if I want to play matches,’ Federer said.

‘I assume I will play some clay, you know. The question is what. We have a vague idea, but we said let’s wait for Doha and potentially Dubai to potentially make any decisions for that, and fitness comes first and then we’ll see what comes after.

‘Yeah, so, I mean, at the end everything is geared towards the grass. So whatever makes me be 100 per cent there, I will do.’