The Welsh head coach named his team for the Rome match two days early and only made two changes from the starting XV that beat England.

Lock Cory Hill is in for Adam Beard, with Jake Ball the replacement on the bench, and Gareth Davies starts at scrum-half, in for the injured Kieran Hardy. 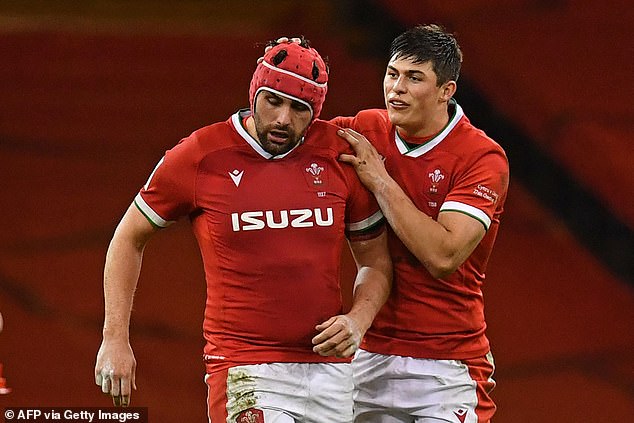 Cory Hill (left) returns to the Wales side to face Italy on Saturday, replacing Adam Beard

Sheedy remains on the bench as Biggar is back at No 10 having overcome a leg tweak suffered in the England victory. He missed the Northampton Premiership defeat to Harlequins but is fit for his country.

Retaining all his top stars Pivac has selected a XV with a staggering 979 caps in it, yet again breaking the record for their most experience side ever fielded.

Alun Wyn Jones plays his 147th Test, George North his 101st and Dan Biggar his 91st, with Jonathan Davies, Taulupe Faletau, Justin Tipruic and Ken Owens all in the 80s. 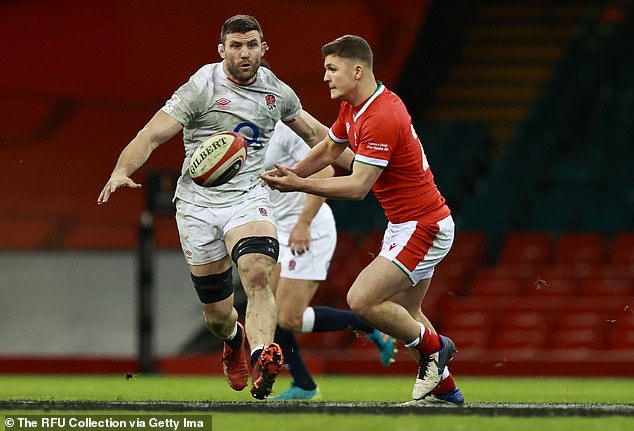 Gareth Davies also come into the Wales side at scrum-half, replacing the injured Kieran Hardy

‘We are really looking forward to this weekend and are ready to get out there on Saturday,’ said Pivac.

‘Three from three is a great start but there has been plenty to do and plenty of work-ons. 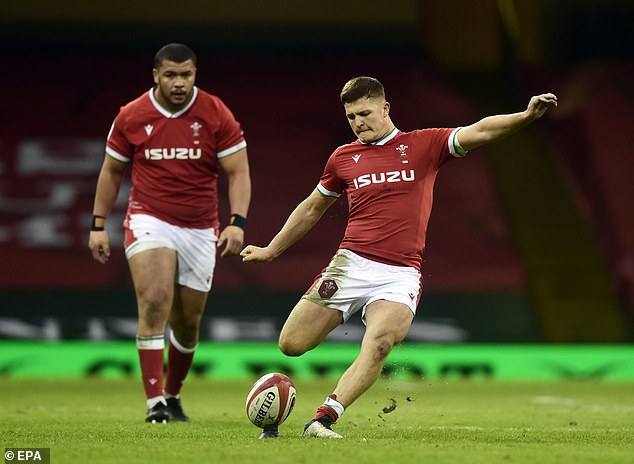 ‘We’ve had a two week build up to this game, trained really well in the fallow week and are looking forward to round 4.’

On the bench Rhys Carré replaces the injured Rhodri Jones, who has picked up a calf injury now drops out of Wales’ Six Nations squad for Nicky Smith.

Live on ITV and S4C