Cakes and bakes are fuelling Wales’ Six Nations Grand Slam bid this year – which is unlikely to end up with a soggy bottom in Rome.

With temperatures pushing 18 degrees at the sunny Stadio Olimpico, and the result about as inevitable as you will get in Test rugby, the Welsh are certain to rise to the occasion on Saturday.

Amid the Covid restrictions in camp it is a challenge to sift in social time – but George North and Jonathan Davies have managed by organising an in-camp patisserie. 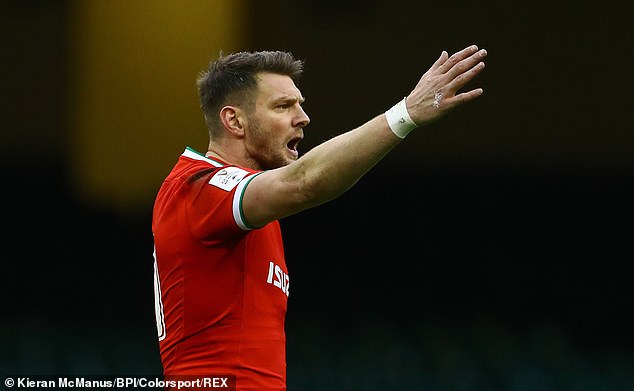 ‘The Covid cafe is getting quite famous now,’ said Dan Biggar, whose wife Alex provides lots of the treats via her baking business.

‘It’s the highlight of the week where we sit down in the conservatory of the hotel for two or three hours, have a coffee and a cake and put the world to rights.

‘We moan about everything! Every time we see the Covid cafe on the schedule the boys are in a better mood.

‘My wife was a primary school teacher before we had our little one.

‘She gave that up to be a full-time mum, but in the meantime, started doing some baking.

‘Somehow they’ve managed to get into the team room for our days off! The boys are loving them and at the moment we’re going alright off them so hopefully we don’t slip up on Saturday.’ 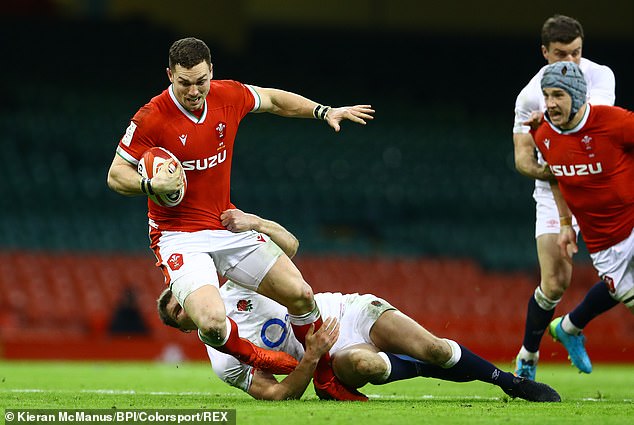 No trouble, then, of the Welsh needing to find that particularly inviting waffle house in Rome that the French broke their Covid-safe bubble to find a few weeks back.

There is no way of sugar-coating it – Italy are not fit to break bread with the upper crust right now with 30 consecutive Six Nations defeats, no win at all since 2015 and none in the Eternal City since 2013.

So while they might crumble quicker than a dried-out Welsh cake on Saturday Wayne Pivac’s side know too much about navigating these final weeks to be under-baked against the Azzurri.

‘We’ve probably had a little bit of luck in the first three games, but if you’re on the right side of the luck, you probably don’t care,’ added Biggar.

‘We’re pleased to be where we are with a game against Italy to come, but the focus this week has been on having the same mindset we had for England.

‘That tends to be our biggest game and we can’t be anywhere below that.

‘Italy have obviously not been getting results. That’s well documented, but they’re a team with a nine and 10 who bring a lot of tempo. 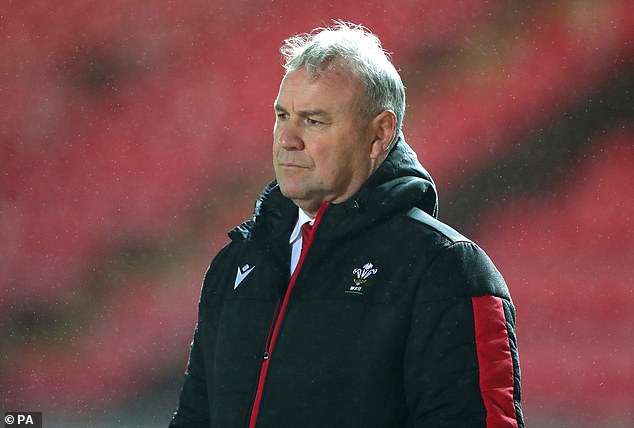 ‘They’re an attacking team with a threat and if we think we’re going out to Italy to rock up in the sunshine and get an easy job done then we’ll be in for a wake-up call.’

Wales’ self-raising properties are continually admirable. It was all jam tomorrow in the autumn, with new players tried and form barren, but this team and this country has such a zest for the Six Nations where their cream rises to the top.

For Biggar, while he is desperate to be whipped up by a fervent crowd again, this latest Grand Slam attempt has felt easier to navigate so far.

‘In a weird way it’s been quite nice for us to have the hotel completely to ourselves,’ he explained.

‘We have free rein and do enjoy that, but at the same time you do miss that usual interaction.

‘Apart from the obvious bad things that have come with it, I’ve actually quite enjoyed the lockdown period. It’s been a bit more low key and under the radar.

‘Whenever I go to places they tend to be a bit quieter and less manic. It’s not mad in the hotel with Press and fans.

‘I haven’t enjoyed is the games with no crowds. It’s been very difficult. 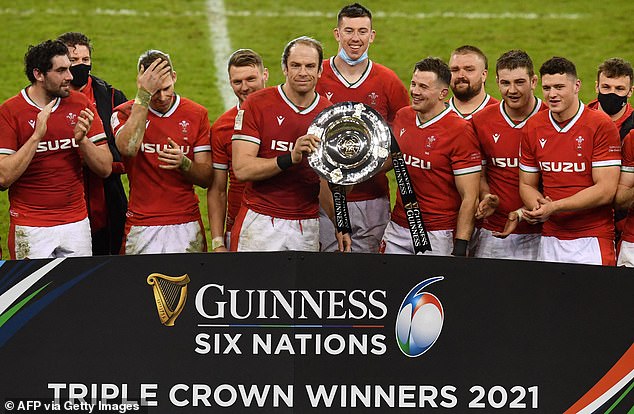 Having already won the Triple Crown, Wales remain on course for the Six Nations Grand Slam

‘It’s such a strange atmosphere to play in. We beat England and won a Triple Crown and it was such a low key event.

‘After the game we had one celebratory beer together and then all got in our cars and went home.

‘It certainly doesn’t feel as if there is as much hype as usual.’

Biggar sees similarities in some ways with the 2019 Slam. Then he was the closer as Gareth Anscombe largely started at fly-half – now he starts with 25-year-old Callum Sheedy nicely proofing.

‘We seem to complement each other well,’ the senior man said.

‘We’re in a good position with those two young guys who are fresh, energised and chomping at the bit.

‘Then you’ve got an old stager like myself who is hanging on and trying to guide the team around from the start! Sheeds has been excellent when he’s come on.

‘He’s an excellent, grounded, level-headed kid who just wants to enjoy being in a team which is winning.’

He and Wales will be part of another victory today, and after the Italians are beaten it is onto the crème de la crème – France in Paris next Saturday.

A clean sweep of the Six Nations once again? Now that would take the biscuit.