Eddie Jones has praised England captain Owen Farrell for the way he responded to criticism by raising his game and adopting a vow of near-silence during the win over France.

Farrell struggled in the first two matches of this Six Nations, leading head coach Jones to admit: ‘He’s not at his best at the moment.’

There was improvement in the defeat against Wales, but Farrell’s better form was undermined by his antagonistic moments with referee Pascal Gauzere. 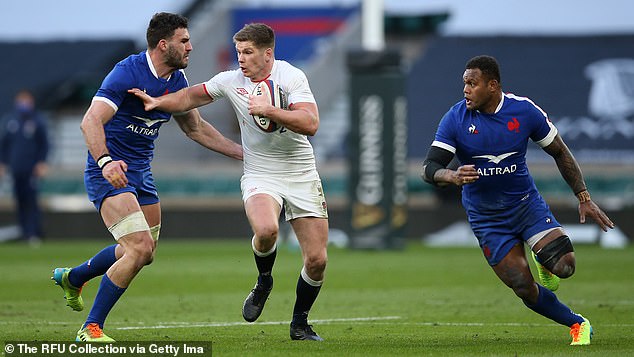 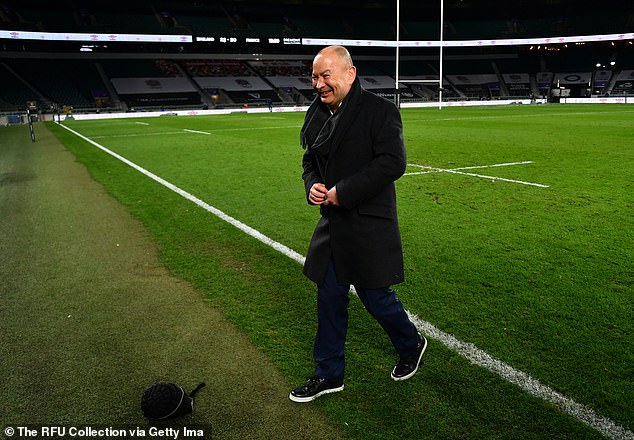 At Twickenham on Saturday, Farrell played superbly and refined his approach to speaking with the officials.

He reached a harmonious rapport with referee Andrew Brace by largely limiting himself to brief, polite and deferential acknowledgements of the instructions he received.

Jones said: ‘The way Owen has responded to the criticism he has received has been absolutely outstanding. He hasn’t whinged or complained, he took it on the chin and fixed his game. He’s back to his belligerent, aggressive self. 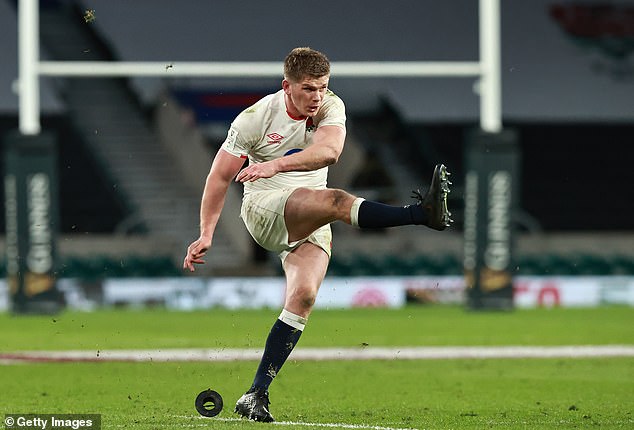 On Saturday, Farrell played superbly and refined his approach to speaking with the officials

‘We made the decision on the referee that we were going to let him do whatever he wanted. No queries, no questions. He (Farrell) had a game plan of what he wanted to do, and we followed and adapted.

‘Owen had a great balance and he was at his aggressive best. They had two big centres in Gael Fickou and Virimi Vakatawa and I thought Owen and Henry Slade got the wood on both of them. They played exceedingly well, the combination of them.’

Another player who has faced criticism is Maro Itoje, and England’s revitalised match-winner also earned a special mention from Jones, who said: ‘I thought he was incredible. Given the amount of criticism he has received, like Owen, he got on with it, took it on the chin and fixed his game.

‘He was absolutely sensational — that is a player of great stature. 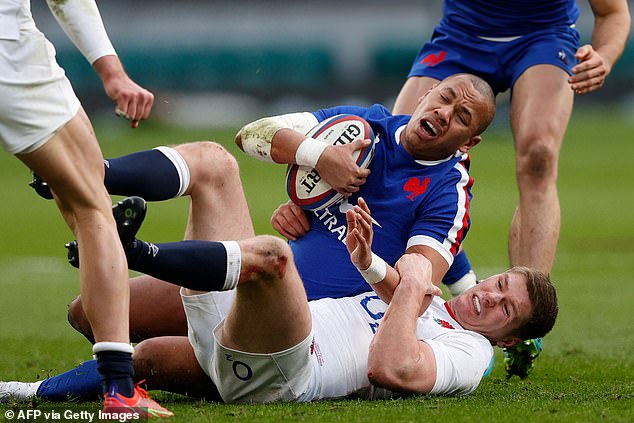 ‘To play that sort of game, on the back of what he has had to suffer, is a great testament to his character.’

Tom Curry also stood out. The Sale flanker has become a beacon of excellence in the pack and Jones predicted that the 22-year-old can achieve greatness in the sport.

‘He continues to impress us and he’s only going to keep improving,’ he added. ‘It’s frightening to think what he’s going to be like by the World Cup (in 2023).

‘He doesn’t know and I don’t know how good he can be — but we intend to find out.’