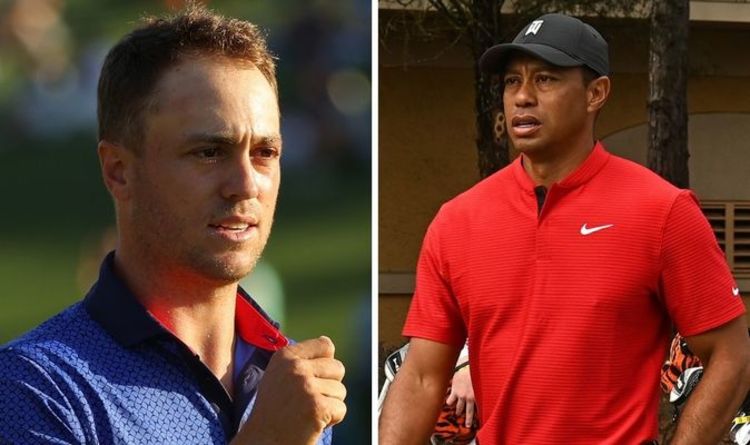 Thomas was noticeably upset about the news when he heard about Woods’ incident at the time when getting ready to compete at the WGC-Workday Championship.

“I’m sick to my stomach,” a visibly upset Thomas said. “It hurts to see one of my closest friends get in an accident, and man, I just hope he’s all right. I just worry for his kids. I’m sure they’re struggling.”

The pair have built a close friendship over the past few years ever since Thomas’ introduction to professional golf in 2014.

And they’re regularly in contact and meeting up away from the golf course.

While Woods wasn’t at TPC Sawgrass this week, he was certainly keeping an eye on his close friend.

Thomas was three shots back from overnight leader Lee Westwood heading into the final round on Sunday.

And the American got off to a slow start as he was one-over through eight holes.

But the world No 3 turned a corner from the ninth, registering back-to-back birdies before an eagle on 11 led to a huge roar from the crowd as he took the outright lead.

Another birdie followed in the 12th but Westwood was keeping pace as he moved level on the 14th.

Thomas though held his nerve to re-establish his lead while Westwood was unable to keep track, ensuring the 27-year-old created history at The Players Championship.

He was clearly elated after he was confirmed as the champion and called it “one of the best rounds of my life”.

And it may have been inspired by some words of advice from Woods the night before.

While Thomas refused to divulge the full conversation, he did admit that Woods said to “stay patient” in the final round.