We could wax lyrical about the cruelty of sport. Focus on the 15 or so second-half minutes when Gregor Townsend’s men actually resembled an elite-level international side.

Blame it all on a malfunctioning Scottish line-out that effectively became Ireland’s most potent and consistent attacking weapon. Or point to the crazy late juggling of injury-hit personnel that saw Finn Russell hooked with a head knock and replacement scrum-half Scott Steele packing down at flanker, with world-class No 7 Hamish Watson shunted into the second row.

After all, it was Steele trying to shift Ireland lock Iain Henderson from the jackal position — never a fair breakdown fight — that forced the ultimately- decisive penalty. 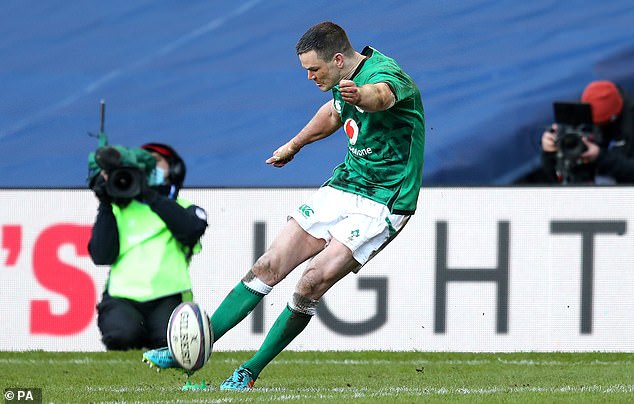 Johnny Sexton duly knocked the ball over from way out on the left touchline with four minutes left, putting the visitors 27-24 up after they’d blown a 14-point lead. Talk about a dramatic late sucker punch.

But there’s a more basic truth to what happened on a cool, clear, agonising afternoon at BT Murrayfield.

Another Six Nations Championship lies in ruins because Scotland turned in an erratic, cack-handed, confused and downright flaky performance.

A showing to baffle fans who had begun to dream of title challenges. An 80-minute feast for the well-fed critics who have gorged themselves on Caledonian comeuppance in recent seasons.

Delusional? Kidding ourselves on? Days like this make it harder to defend Townsend’s team from the inevitable accusation they flatter to deceive.

Ireland captain Sexton, who has delighted in twisting the knife with words and deeds over the years, spoke dismissively afterwards of the Scots having their ‘small purple patches’ in the match. It was tough to argue with him.

The Irish deserved their victory for starting and finishing well. Dominating many of the key areas in between, as well. 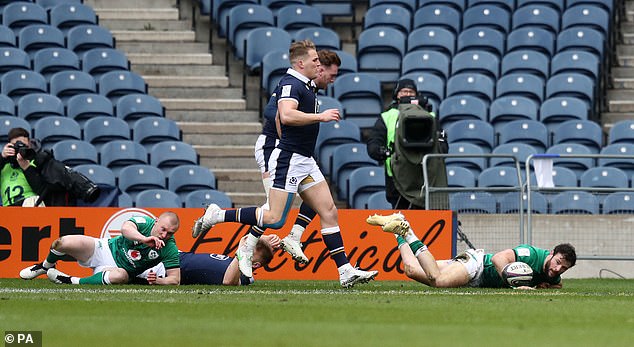 They were 8-0 up after just seven minutes, a Sexton penalty and a Robbie Henshaw try putting them clear after Keith Earls had beaten both Stuart Hogg and Duhan van der Merwe to a high-bouncing kick in the end zone.

Scotland, who stayed in touch thanks to a Russell penalty following their first proper series of attacking play, actually got their noses in front just before the half-hour mark.

Russell got their first try in what you might call ‘improvised’ circumstances, Hogg kicking a tumbling ball against his own chin and hacking it forward for the star stand-off to do a bit of ball-juggling footwork and touch it down.

But a pair of penalties put Ireland 14-10 up at half-time. And they came out flying after the break. 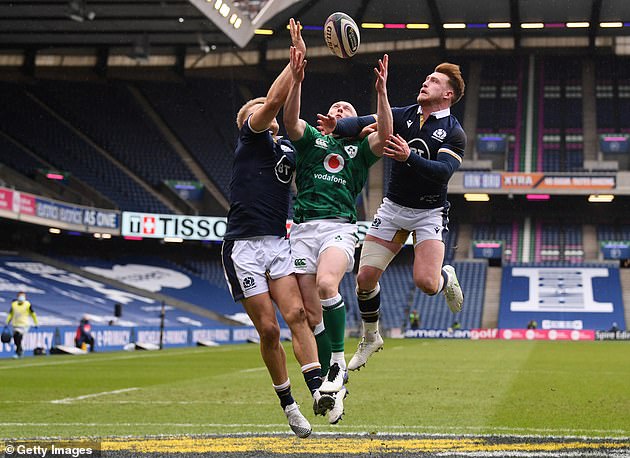 Tadhg Beirne barrelled over after Scotland conceded back-to-back penalties, Ireland’s second try putting them 21-10 ahead, while another breakdown infringement allowed Sexton to make it 24-10 with 53 minutes gone. The Scots looked bedraggled and beaten. Not just rusty after four weeks off following the France postponement. But borderline broken.

Whether Townsend’s first wave of replacements moments later was pre-planned or improvised, it’s fair to say that substitute centre Huw Jones made an impact. He’d just come on when he scored Scotland’s second try, battering his way through a forest of green jerseys to finish a move involving Sam Johnson, Ali Price, Russell and Hogg dancing to the same up-tempo tune.

With 20 minutes left, the converted try from Hogg, who had replaced Russell on kicking duties, made it 24-17. They couldn’t, could they?

When replacement lock Scott Cummings then had to go off with an arm injury, there was a real worry the Scots would simply run out of bodies — or ones of the right size and shape, anyway — over the closing stages. 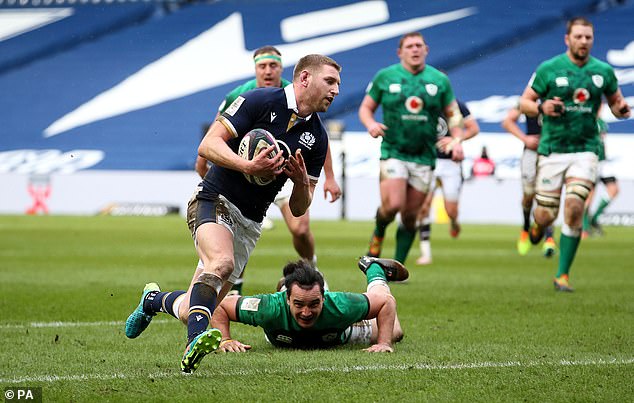 As long as Watson is on the field, though, they have a chance. He is a world-class player. Surely already a guaranteed starter for the Lions this summer.

The try he scored with seven minutes left, somehow wriggling, fighting and forcing his way through a non-existent gap in the green wall, then holding on to the ball as he reached out to touch it over the line, summed up everything about the man.

The conversion made it 24-24. We had been treated to a truly glorious moment. Or, as we call it in Scotland, the set-up; the prelude to more heroic failure.

Ali Price’s charged-down kick put the hosts under pressure, Henderson got the chance to show his strength over the ball, Romain Poite blew for the penalty — and Sexton was never going to miss, even from that distance and angle.

The Scots had one more chance to do something with the ball. But not really. Not in a position to hurt the Irish. Not with only three-and-a-bit minutes remaining, once the restart had been organised.

On the subject of time being short, a six-day turnaround before the visit of Italy means Townsend and his staff can’t waste too much effort on a full post-mortem.

But they won’t draw a veil over the failings exposed here. Starting, most obviously, with the misfiring that saw Scotland cede possession on half a dozen of their own line-outs. 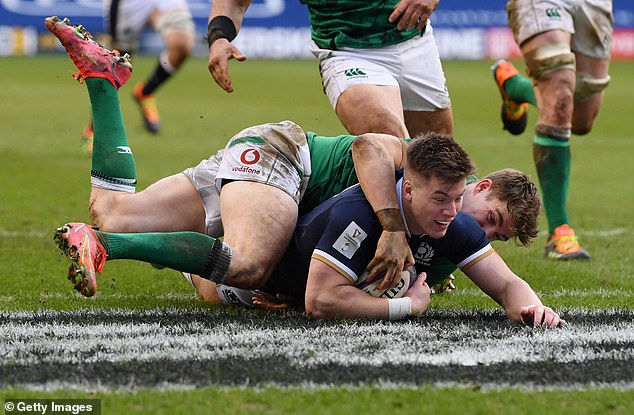 George Turner is the third-choice hooker for a reason, with injured pair Stuart McInally and Fraser Brown both well ahead of him in the pecking order.

Ireland take some credit for disrupting the set-piece, obviously. But at least one of the lost balls was a straight over-throw — and Turner never really looked comfortable.

The fact that the Scots also lost the penalty count, including committing infringements in little clusters, will also be a concern to the coaching team.

Even if hapless Italy on Saturday represents the ultimate home banker, Townsend will know his team face a struggle to achieve pass marks — three wins out of five is generally accepted as the minimum — from another disappointing campaign.

Already, 2021 is taking on the look and feel of ‘just another year.’ Even allowing for the historic win at Twickenham.

Unlucky against Wales, who would not have beaten the Scots without Zander Fagerson being red-carded, they had a chance to prove a point here.

In suffering a sixth straight loss to Ireland, all they did was confirm the worst suspicions of the most pessimistic supporters.

The method of torture inflicted upon fans may chop and change from time to time. But, where Scotland and the Six Nations are concerned, the cruelty apparently remains a constant.