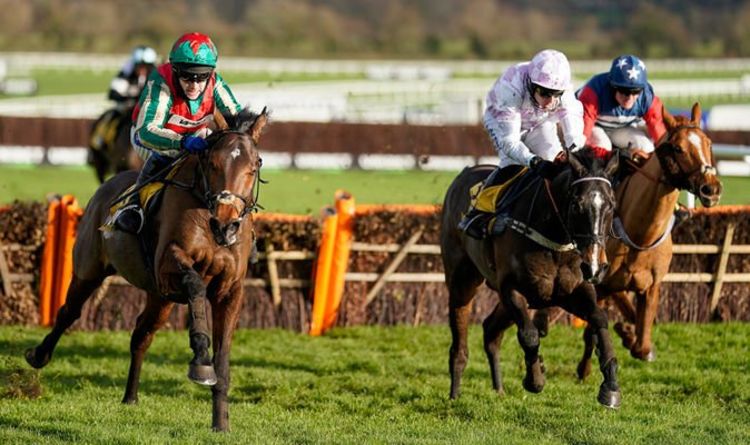 Cheltenham is back once again this week, although there won’t be any crowds to cheer on the horses for the final straight. With four days of action coming up, we have all of the tips you need for feature races at Cheltenham.

The sport’s most famous event got underway in Gloucestershire on Tuesday March 16.

The festival will feature 28 races in total, as the UK’s top jockeys go head-to-head.

We started with Tuesday’s feature race, the Champion Hurdle, before culminating in the Gold Cup on Friday afternoon.

Express Sport spoke to the experts at Betfair for the best tips ahead of the Cheltenham Festival this week.

READ MORE: What channel is Cheltenham 2021 on? How to watch the Cheltenham Festival

“Thursday’s action is headlined by the Stayers’ Hurdle, where the best staying hurdlers meet in a contest over three miles,” he told Express Sport.

“Paisley Park, who won the race for owner Andrew Gemmell and the hearts of racing fans everywhere in 2019, is the 2/1 favourite to add a second Stayers’ Hurdle triumph to his collection.

“Last year he was also favourite but was far from his best and 50/1 shot Lisnagar Oscar (11/1 this year) caused a stunning upset.

First female Grand National winner has world at her feet