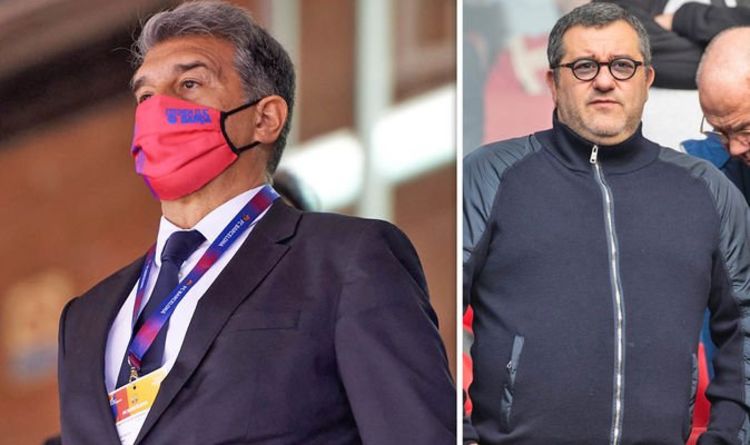 The 2018 World Cup winner was wanted by the Catalan titans three years ago, back when his relationship with Jose Mourinho was falling apart.

Barcelona lodged a bid of £45million plus Andre Gomes and Yerry Mina for Pogba, who sparkled as his country won the World Cup for the first time since 1998.

But it wasn’t enough, with United digging their heels in and preventing a deal from taking place.

Regarding Haaland, it’s said Barcelona would prefer to sign the Dortmund star next summer for financial reasons.

And they only talked with Raiola about the Dortmund star to drive up the price for fierce rivals Real Madrid, who are keen on the Norwegian as well.

Meanwhile, Laporta has several big tasks ahead of him at Barcelona.