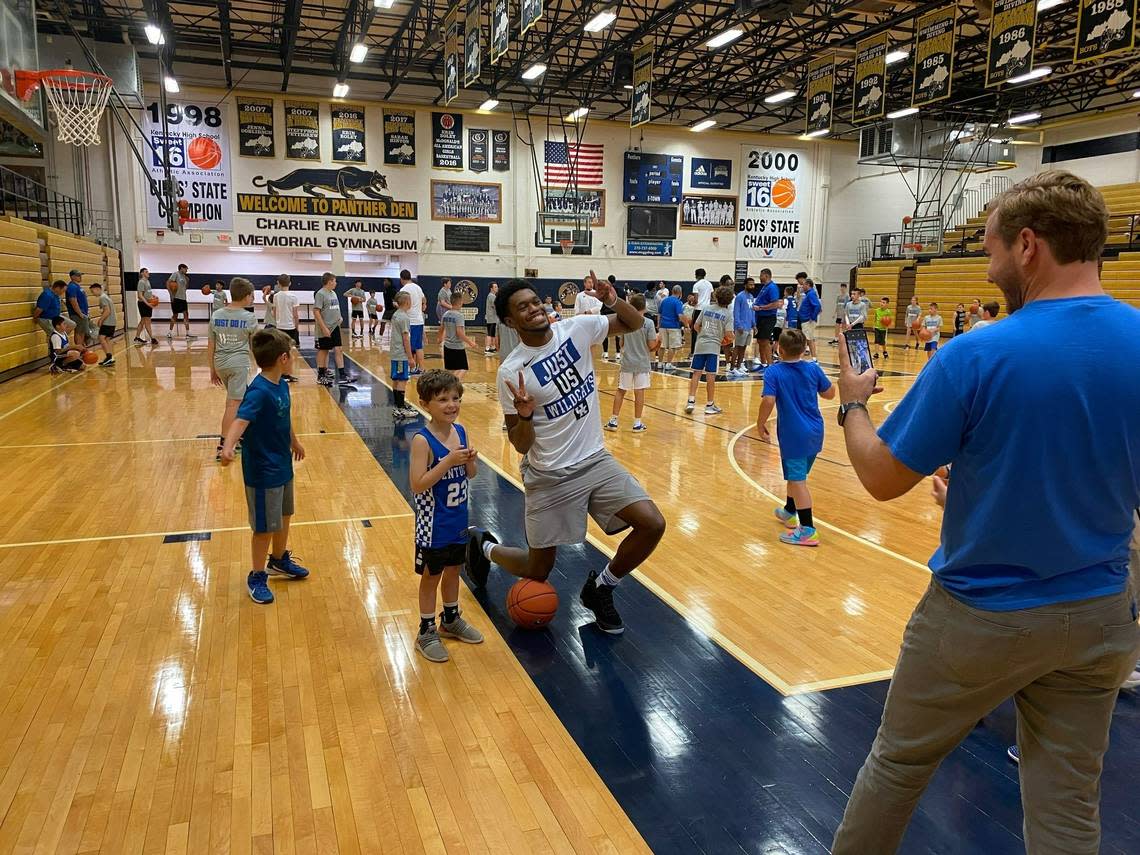 As the days passed this spring without word from Keion Brooks on whether he would return for a third season as a Kentucky Wildcat, speculation over his future became a UK message board fixation.

“I don’t know where all the hoopla and speculation came from. I don’t see why I should have to announce that I am coming back to school,” Brooks says, wryly.

As Kentucky Coach John Calipari revealed two Fridays ago, the 6-foot-7, 205-pound forward will spend his junior season rocking Kentucky blue. That may not make Brooks a hoops unicorn, but in the one-and-done era of UK basketball, third-year, scholarship players have been rare.

When the 2021-22 Wildcats season tips off, Brooks will become only the eighth recruited, scholarship player to play a third season for UK since Calipari’s arrival in 2009-10.

Brooks says the recent success of multi-year players such as Richards and two-year Wildcats PJ Washington and Immanuel Quickley has removed some of the peer pressure to exit UK for professional basketball prematurely.

“Players like Immanuel, PJ and Nick, they made it OK to come back,” Brooks said.

Brooks spoke to a sizable assemblage of media members after the latest UK men’s basketball satellite camp, this one Friday afternoon at Elizabethtown High School.

A contingent of 88 campers, ages 7 to 17, registered for the chance to spend 90 minutes (give or take) learning basketball skills from UK staffers, hobnobbing with most of the players on Kentucky’s 2021-22 roster and hearing from Calipari.

The Kentucky coach told those assembled in the Charlie Rawlings Memorial Gymnasium that the UK basketball team “has always brought this state together. It unifies.”

Once the basketballs started bouncing, Brooks and teammate Dontaie Allen were manning the layup station. Suffice to say, a number of Elizabehtown-area youngsters can now truthfully tell their friends they have had shots blocked by authentic Kentucky Wildcats.

“You got to let them know it’s not easy down there in the paint,” Brooks explained.

One camper had the temerity to attend UK’s camp in what appeared to be red-and-black Louisville Cardinals sneakers. When said camper came through the layup line, Brooks emphatically swatted away his shot attempt, then smilingly gave the “L’s Down” hand symbol.

“He came in the Louisville shoes, so we were just giving him a hard time,” Brooks said. “But he is a great kid. He’s out there having fun. That’s what this is about.”

There was not a lot of fun to be had for Brooks and his teammates during Kentucky’s 2020-21 season, of course. After missing UK’s first nine games in 2020-21 due to a calf injury, Brooks returned to average 10.3 points and 6.8 rebounds as the Cats produced a horrid — and uncharacteristic — 9-16 record.

Asked how often he thinks about this past season’s struggles, Brooks said, “I can’t be ignorant of what happened last year, especially if I am going to try to weed out some of the things that weren’t successful for us last year.”

“Just don’t put yourself above the team,” Brooks said. “And don’t be above spending time with your teammates.”

Before the 2021-22 season tips off, Brooks says he is determined to modernize his game. “The game is changing. I don’t want to get left behind, so I’ve got to change my game,” the Fort Wayne, Ind., product said.

As for what those changes will look like, Brooks says “just continuing to work on my versatility. Guarding multiple positions. I’ve got to get better shooting threes (Brooks is a 23.4 percent three-point shooter as a collegian) and attacking people off of the dribble.”

In choosing to stay at Kentucky for his junior season, Brooks will presumably get a chance to again perform before Rupp Arena crowds in excess of 20,000 fans.

Due to coronavirus containment efforts, Rupp attendance was capped at 15 percent, some 3,075, this past season.

“I am extremely excited to get back out there before all of our fans,” Brooks says. “I’ve been telling my (new) teammates how loud it is, but you can’t really know until you experience it yourself.”

Brooks has reason to be optimistic that staying at Kentucky for a third year can pay off.

Of the seven Calipari-era players to precede Brooks in sticking with UK for at least three seasons, three (Cauley-Stein, Richards, Poythress) went on to play in the NBA and two others (Willis and Hawkins) have had enduring careers playing professionally overseas.

“My journey here wasn’t to be one and done. It took me a couple of years,” Keion Brooks says. “So I am just continuing trying to get better. Hopefully, if I can do that, I can reach my dreams.”