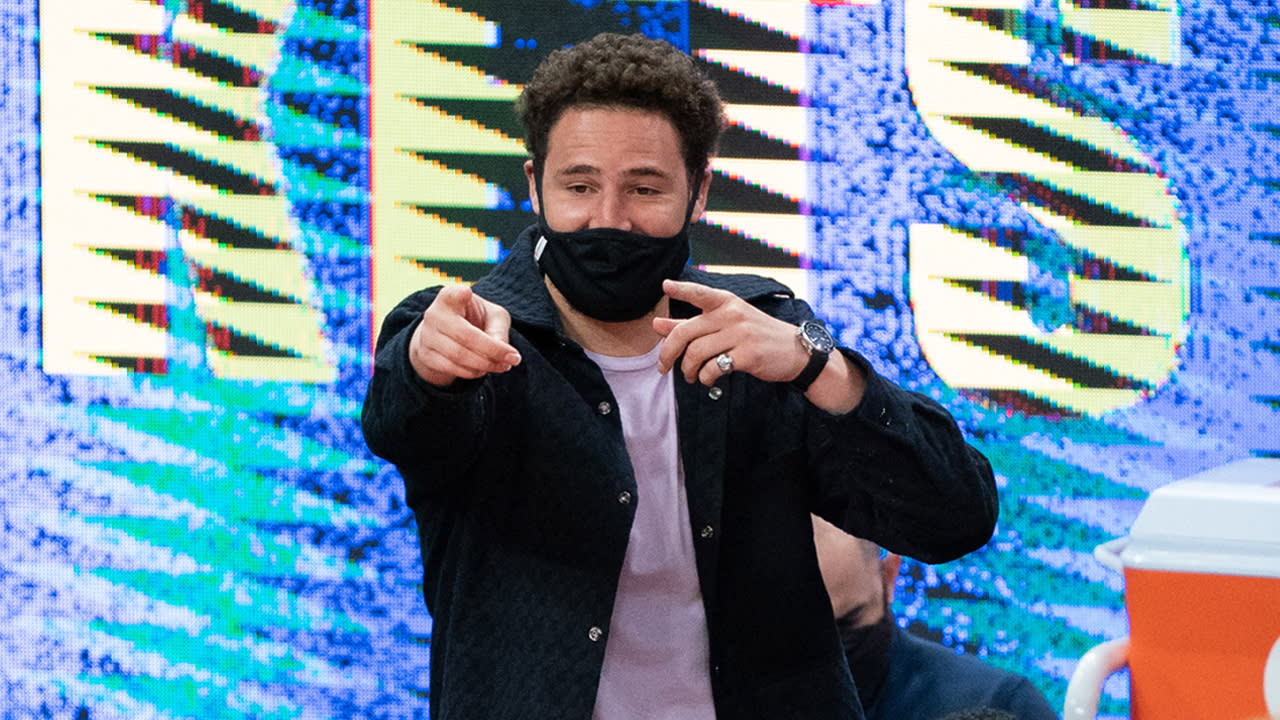 James Wiseman‘s rookie season has ended, but that doesn’t mean the good-natured ribbing from his teammates has.

Wiseman revealed during his rookie diary with The Undefeated last week that his first rookie mistake was forgetting the poker chips for the team flight. Wiseman said Klay Thompson “lit” him up for the rookie error.

Well, Thompson was enjoying a summer day in the Bay on his boat Saturday and went on Instagram Live to take some questions and vibe with his followers. At one point, Thompson was saying he wanted to get all of the Warriors out on the boat and then had a little more fun with the rook.

“Where you at, Wise?!” Thompson said. “You should be on the boat being my deck hand, rookie! Come on, rook, get out here!”

Thompson’s entire IG Live session was legendary as the Warriors star revealed one of his main goals for his return next season, rapped and even gave his thoughts on Alcatraz.

It is clear that Boat Klay now belongs in the pantheon of Klays.

RELATED: Steph, Draymond, Klay trust Warriors but time for patience is over

Thompson has missed the past two seasons with a torn ACL (suffered in the 2019 NBA Finals) and a torn Achilles (suffered in November). The star shooting guard has been working hard in rehab and is expected to return to the court at some point next season.

Wiseman had an up-and-down rookie season that was ended by a meniscus injury. The Warriors still believe the 20-year-old center’s ceiling is high, but will need him to take a leap in Year 2 to help the Warriors return to NBA Finals contention.

Rookie or not, Thompson likely still will continue ribbing Wiseman. But the hazing could be a lot worse than being the “deck hand” on Klay’s boat.