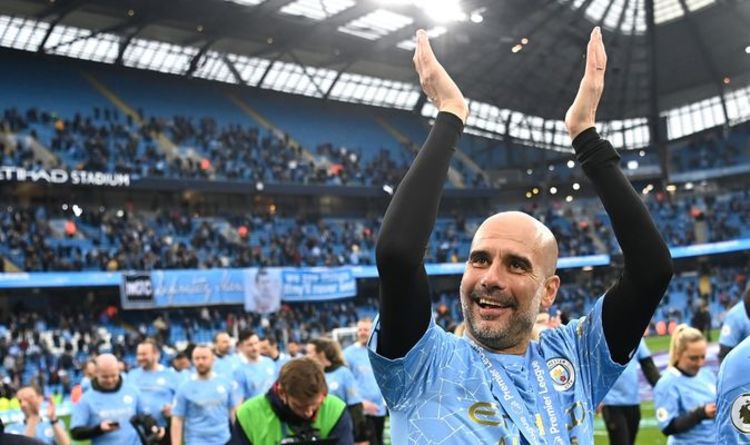 Man City couldn’t complete a treble in trophies after losing the Champions League final but have unsurprisingly picked up three End of Season awards.

Along with Guardiola’s managerial success, Ruben Dias has been named the Premier League Player of the Season.

The Portuguese centre-back has picked up the big one after arriving at City in September and transforming the club’s faltering defence.

Phil Foden’s excellent campaign has also been recognised, with the 21-year-old being named the Premier League Young Player of the Season.

Foden scored nine goals and registered five assists as he cemented himself as one of Guardiola’s crucial players and a worthy successor to club legend David Silva.