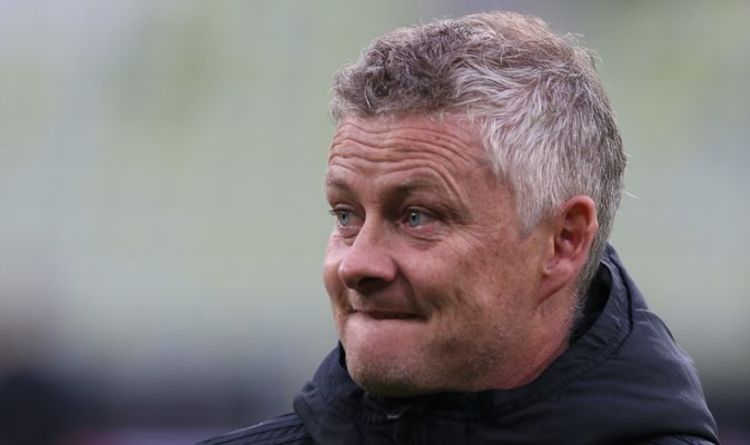 Ole Gunnar Solskjaer has reiterated his desire to strengthen Manchester United‘s ranks by leading a summer of change at Old Trafford ahead of the new season. The Norwegian boss is looking to prepare the Red Devils for a renewed Premier League title challenge in the best possible way by taking advantage of Joel Glazer’s promise to invest heavily in the transfer market over the next few months.

United looked two or three players short of being able to challenge Manchester City for this season’s domestic crown, with the 20-time champions eventually finishing 12 points adrift of their cross-city rivals.

The addition of at least one new centre-back is believed to be on the agenda as Solskjaer aims to find the perfect long-term partner for Harry Maguire at the heart of United’s defence.

Real Madrid defender Raphael Varane, Villarreal’s Pau Torres and Jules Kounde of Sevilla have all been heavily linked with the Red Devils in recent months.

Meanwhile, Jadon Sancho appears likely to finally complete a move to Old Trafford this summer, with United currently locked in negotiations with Dortmund over the possibility of securing his signature.

The two parties are ‘cautiously optimistic’ that a deal can eventually be struck, according to Sky Sports, with the England winger expected to be available for significantly less than last summer’s nine-figure asking price.

Solskjaer is looking to build on another trophyless campaign by recruiting a number of top-quality signings ahead of next season, with the 48-year-old explaining his transfer strategy in a recent interview with Norwegian channel TV2.

“We are second best, but too far behind to threaten those who won,” said the United boss. “Then we have to strengthen ourselves.

“Of course, something will happen in the transition window. The world has become very different than 15-16 months ago, but we have to make some moves on the transfer window, but also with the team.

“It is never possible to sit back. You are constantly looking for reinforcements. Football is dynamic, so unexpected things can happen such as injuries, illness, something familiar or that someone wants to move.

“You have to take everything possible into consideration and reflection. I will never sit down and think that now the team is the way I want it to be, because you always see some other players or other teams doing something you want.”

Solskjaer’s admission comes after United co-chairman Glazer told supporters earlier this week that sufficient backing will be given to the Red Devils boss in future transfer windows.

“Our goal is to win every competition we compete in, and we will continue to invest in our academy and in the transfer market to support the manager in an effort to meet the club’s goals,” Glazer told a fans’ forum on Friday.

“As a club we have devoted a lot of time and resources over the last several years updating and further developing our vast global scouting network to adapt to the modern football environment. This is a project that should provide a foundation for long-term success in the years to come.

“In addition, as you all know, we have also been focused on growing and developing our women’s team in line with the traditions and values of the club, and we are committed to continuing that process.

“Old Trafford is at the heart of Manchester United and while we have spent over £100m over the last 10 years on infrastructure projects, we will now accelerate the process of planning much more significant investment and upgrades to the stadium.

“Rest assured, we will consult with supporters throughout the process to end up with a result we can all be proud of.”