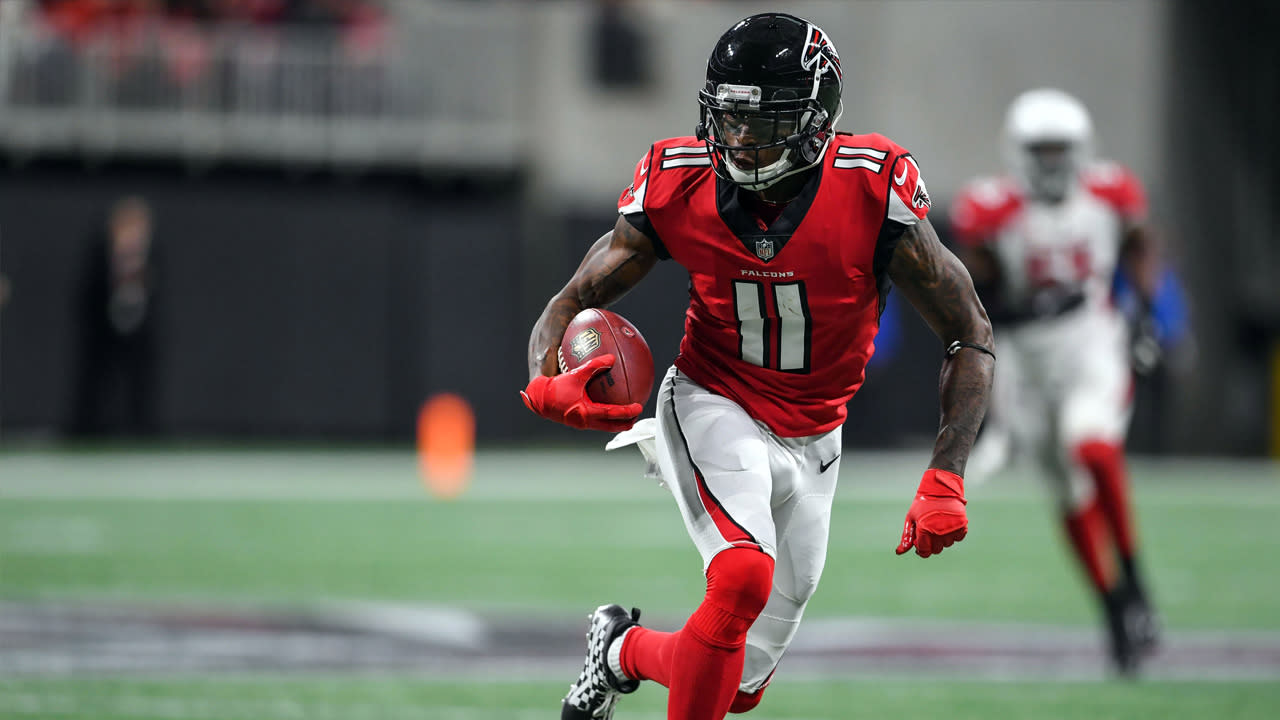 Julio Jones has said his time with the Atlanta Falcons is over and reportedly requested a trade a few months ago. However, that doesn’t mean the star wide receiver wants to go just anywhere.

Jones, naturally, has a few conditions that he wants his potential new team to meet. ESPN’s Jeremy Fowler reported Saturday that the 32-year-old obviously wants to go to a contender, and wants to pair up with a big-armed quarterback who can stretch the field vertically.

Both the Seattle Seahawks and Los Angeles Rams have been casually linked as potential suitors for Jones and given the arm talent of Russell Wilson and Matthew Stafford, that makes a lot of sense. As does the possibility that the Los Angeles Chargers could get into the mix. Although, the Bolts have a lower Super Bowl ceiling than some of the other teams expected to be in the conversation for Jones.

But what about the 49ers?

Obviously, Jones’ connection with head coach Kyle Shanahan is well-documented, and the 49ers should vault back into Super Bowl contention after an injury-ravaged 2020. That checks one box for Jones, and two if you count the connection with Shanahan, whom he undoubtedly would like to play for again.

As for the second part of Jones’ reported criteria, the 49ers are better equipped to check that box than you might think.

Of course, everyone remembers Jimmy Garoppolo overthrowing Emmanuel Sanders on the potential game-winning touchdown late in Super Bowl LIV. While that one miss was notable, it doesn’t tell the whole story of Garoppolo’s deep-ball prowess.

Now, the caveat is that because the 49ers’ offense is heavily centered on the running game and short-to-intermediate throws, Garoppolo had the lowest deep-pass rate in the NFL in 2019 at just 6.2 percent. He also only attempted 31 passes that went 20 or more yards.

Of course, the arrival of Trey Lance brings another wrinkle to this equation. During his time at North Dakota State, Lance rarely showed off his massive arm as the Bison preferred to base their passing attack on the quick game.

But don’t let that fool you. Lance has a howitzer attached to his right side with the velocity and touch to stretch the field vertically as Jones reportedly prefers.

Lance showed off his arm at his pro day with nice deep passes like this.

Here’s another throw on a deep out that showcases the velocity Lance possesses.

With Lance expected to start the season on the bench, Jones would have to believe Garoppolo has the arm talent to get him the ball deep before Lance takes over in 2022. The question is: Would Jones’ arrival make Shanahan more willing to take deep shots with Garoppolo or would he stick to attacking the intermediate areas of the field where yards can be racked up after the catch?

Given Shanahan’s familiarity with Jones, I tend to believe he’d give Garoppolo (or Lance) more leash to take downfield shots knowing Jones’ talent can make up for a lot of off-target deep shots.

The 49ers appear at the moment to be a long shot to pull off a Jones trade given what the Falcons are asking for in return and the financial commitment they would have to make to a 32-year-old receiver.

But if a deal does start to materialize, the 49ers have what Jones is looking for in both Garoppolo and Lance but the offense would have to change a bit to meet the reported needs of the star receiver.