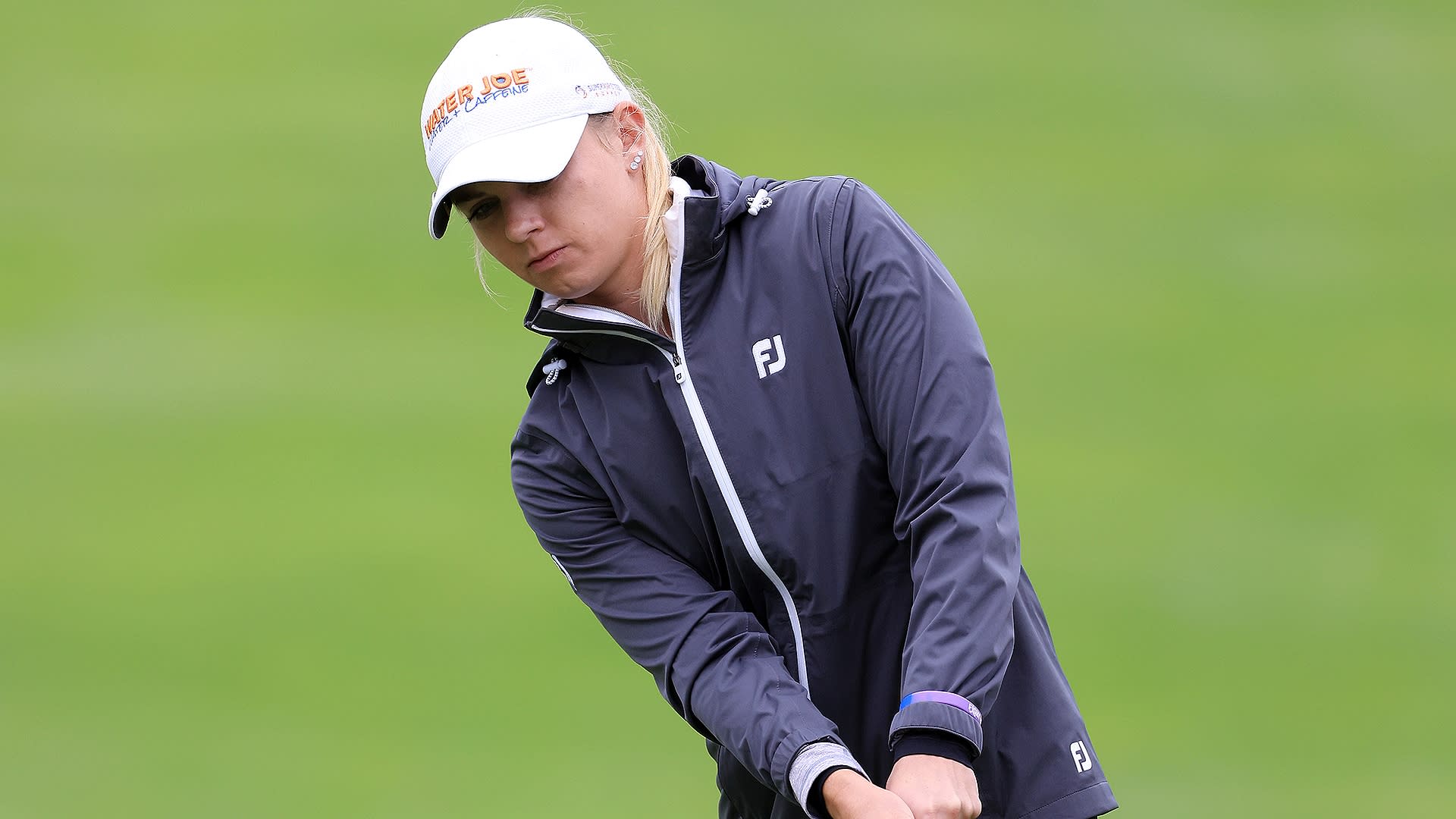 SAN FRANCISCO – Her first U.S. Open was a missed cut six years ago, and she started Round 2 right on the projected cutline.

Now, Michigan St. alum Sarah Burnham is T-12 at the U.S. Open at Olympic Club after her Friday 6-under 66, which moved her up over 40 spots in the leaderboard.

“Last night, I was just like talking to my boyfriend and he was just telling me, ‘Don’t leave any shots out there, just give it all you have,’ and that’s exactly what I did today,” said Burnham in Friday’s press conference following her round, the lowest of the week in the field thus far.

Burnham flipped the switch after her first round – quite literally. On Thursday, she made six bogeys and one birdie to shoot 5-over 76.

“I didn’t hit many fairways, so it was tough to hit the greens,” she said. “If you’re even in the first cut, you can almost have such a bad lie that you are not getting to the green.”

Then, the next day she reversed it, making six birdies and only on bogey. Three of those birdies came on Nos. 2, 6, and 14, three of the toughest holes on the golf course.

“I just really focused in on hitting fairways, and then when I was there to that point, hitting the green,” she said. “That’s kind of just what I did, was just hit the green and hopefully it’ll get close or maybe a putt will drop.”

Patience continues to be a common theme between the players in contention for the U.S. Open title. Burnham, now in her third year, also thanks her experience on tour for how she was able to reverse her round.

“I’ve grown a ton. Like my experience is I think what’s helped me grow overall. I was a freshman in college and now I’m 25. Just like even going through college and getting better there has helped tremendously get me to where I am today,” she said.

Burnham earned second-team All-America honors in 2018, becoming the first Spartan to do so since 2010. She had 14 career top-five finishes and finished in the top 10 in 26 of her 45 career tournaments. Burhman also had three tournament wins and was voted Big Ten Golfer of the Week six times.

She tees off at 1:40 p.m. ET time in Round 3 and starts six strokes back of leader Yuka Saso.