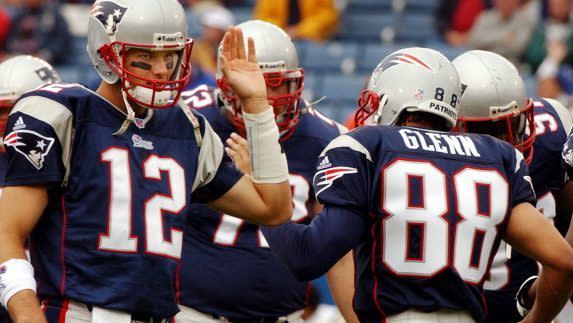 Update your settings here to see it.

The ball from Brady’s first touchdown pass, to Terry Glenn in an October 2001 game against the Chargers, went for $428,842 at auction via Lelands.com.

Glenn caught the pass and tossed the ball into the stands. The fan who caught it kept it for nearly 20 years.

That’s still far less than the $3.1 million spent on a Tom Brady signed rookie card, during the same auction.

The ball that was Tom Brady’s first touchdown pass goes for more than $425,000 originally appeared on Pro Football Talk