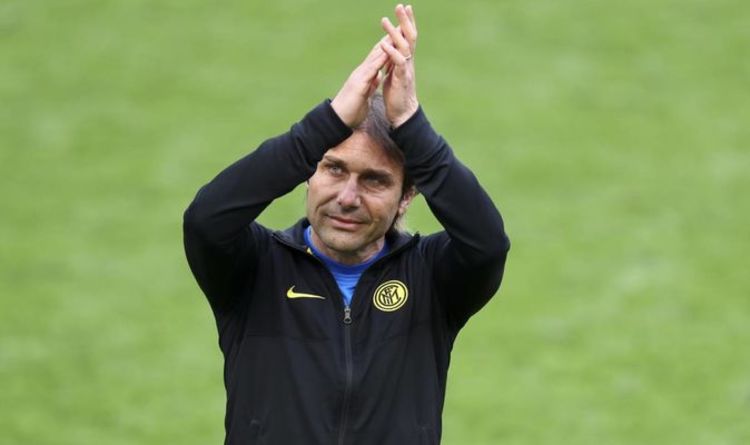 Tottenham are ready to move on from their attempts to land Antonio Conte. Daniel Levy already has a plan in place to identify a new target with the club’s search for a successor stretching on to two months.

Tottenham have given up trying to convince Conte to become their new manager.

It follows a multitude of problems that the club ran into during negotiations with the Italian.

The biggest was the number of staff Conte wanted to bring over, exceeding the four coaches that Spurs were prepared to bankroll along with his own salary.

The former Inter Milan manager had many backroom staff members in mind but neither side would budge over a compromise.

JUST IN: Tottenham call off Antonio Conte appointment due to Daniel Levy worry

There were also issues over Conte’s style of play, which would exclude the youngsters and actively look to sign elder statesmen – as is his method.

It has worked at Chelsea, Inter and Juventus, but Spurs chief Levy was insistent that the academy be utilised to keep with the club’s DNA.

In the end, it transpired that Conte would not be the ideal fit for Tottenham and talks have been called off.

According to BBC Sport, Levy will now return to his plan of hiring a manager that fits in with the DNA.

That means that a young coach who will operate with a small budget and help develop the youngsters at the club, which puts several names into the hat.

Brighton boss Graham Potter has his admirers at Tottenham while a grand return of Scott Parker as a manager cannot be ruled out.

Mauricio Pochettino remains the top target as fractures between him and Paris Saint-Germain chief Leonardo continue to come to light.

The Argentine only joined the French club in January but spent five years at Tottenham and still has a strong relationship with many of the players.

Levy remains desperate to keep hold of Kane and knows that the wrong decision in the dugout could cost him.

Manchester United and Manchester City are both interested in the England international but he has been priced at nearly £150m.