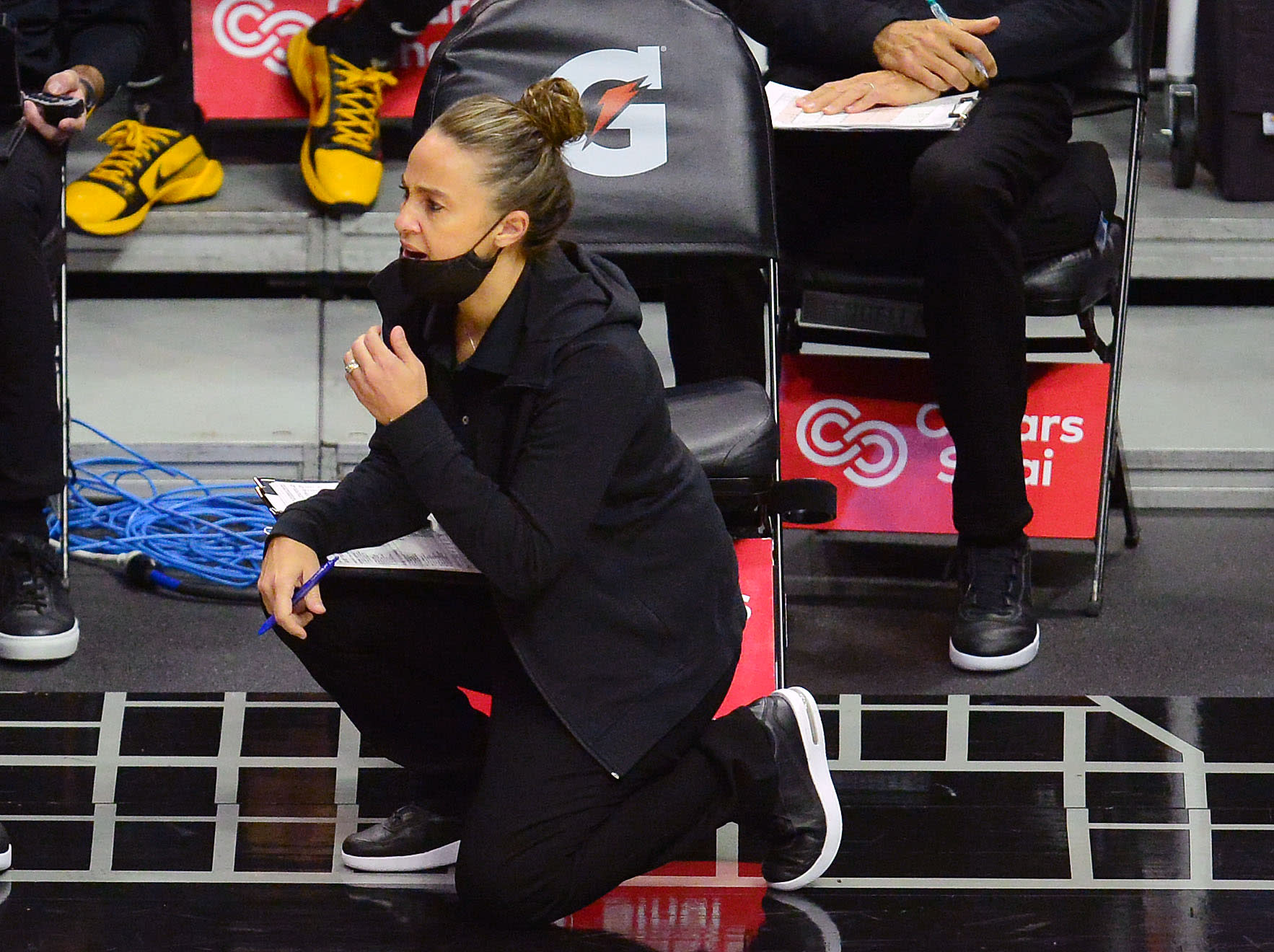 The Portland Trail Blazers are on the hunt for their next head coach.

The Blazers and coach Terry Stotts mutually parted ways on Friday after Portland suffered its fourth first-round exit in five seasons. Stotts leaves the franchise as the second-winningest coach of all-time, finishing 402-318 in his nine seasons as Blazers coach.

Since his departure, reports have surfaced that star Damian Lillard would prefer Lakers assistant Jason Kidd to be the next head coach of the franchise. Chauncey Billups’ name has also surfaced as a possible name for the head coaching gig.

But Portland fans haven’t been sold on either option. Despite having ties to Lillard because of his Oakland upbringing, Kidd has a well-documented history of legal issues. Billups also raises red flags for his dark past which included a sexual assault suit that was settled in March 2000.

The Blazers shouldn’t settle for anything short of the best for their six-time All-Star, especially as Portland has made it to the postseason for eight-straight trips but hasn’t made it past the Western Conference Finals since 2018-19.

We’d invite the Blazers to consider another option in their hiring process. Please hire Becky Hammon.

There has never been a woman as head coach in the NBA, but Portland could be the team to change the status quo. Plus, Hammon’s body of work speaks volumes itself.

After a prolific WNBA career that included six All-Star appearances, four All-WNBA selections and leading the league in assists in 2007, Hammon has spent the past seven seasons serving as assistant to one of the NBA’s legendary coaches in Gregg Popovich. She made history earlier this season as the first woman to serve as an active NBA head coach when Popovich was ejected vs. the Los Angeles Lakers on Dec. 30.

Popovich made it clear that Hammon is ready to lead a team of her own.

“We didn’t hire Becky to make history,” Popovich said of Hammon via ESPN. “She earned it. She is qualified. She’s wonderful at what she does. I wanted her on my staff because of the work that she does. And she happens to be a woman, which basically should be irrelevant but it’s not in our world, as we’ve seen as it’s been so difficult for women to obtain certain positions.”

Not to mention many of those who have played under or coached alongside Popovich have thrived in their coaching careers.

Steve Kerr played under Popovich in 1998-2000 and 2002-2003, his first stint coming two years after Pop was named the Spurs’ head coach. The two have cultivated a close friendship over the years as Kerr went on win three championships as head coach of the Warriors.

Former Trail Blazers assistant, now Phoenix Suns coach Monty Williams, played 154 games with the Spurs from 1996-98 before rejoining San Antonio as a coaching intern, the first step on the path of his coaching career. For the first time since 2010, the Suns are in the playoffs and recently advanced to the second round to face the Denver Nuggets.

Portland has become one of the pinnacle communities in elevating women in sports. From Ann Schatz becoming a pioneer as Portland’s first female sportscaster to star-studded USWNT players coming out of University of Portland to selling out Thorns matches at Providence Park.

The time is now for the Blazers to make the right decision moving forward – a decision that could alter the path for generations of women to come. Make Hammon the NBA’s first female head coach, and the next coach of the Portland Trail Blazers.

And if you are waiting for Damian Lillard’s approval, look no further.