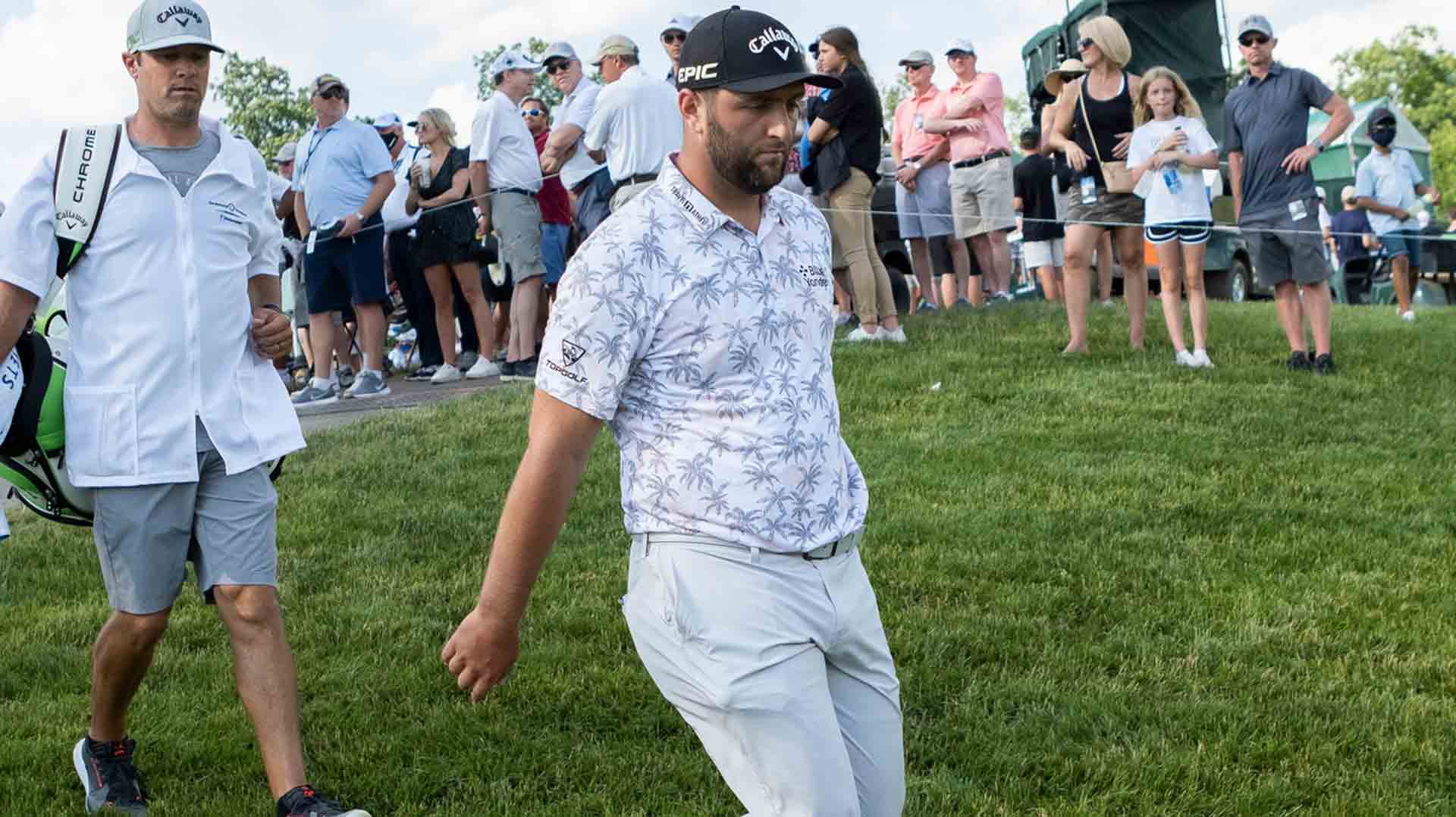 Jon Rahm was forced to withdraw from the 2021 Memorial Tournament after testing positive for COVID-19, the PGA Tour announced Saturday.

Rahm, who had built a six-stroke lead through three rounds, was being tested daily after coming in close contact with someone who was COVID-19 positive. He tested negative every day until Saturday, when he returned a positive test that was confirmed while he was on the 18th hole.

“I’m very disappointed in having to withdraw from the Memorial Tournament,” Rahm said in a statement. “This is one of those things that happens in life, one of those moments where how we respond to a setback defines us as people.

“I’m very thankful that my family and I are all OK. I will take all of the necessary precautions to be safe and healthy, and I look forward to returning to the golf course as soon as possible. Thank you to all of the fans for their support and I’m looking forward to watching the showdown tomorrow afternoon with you all.”

The defending Memorial Tournament champion was informed of his positive test after a dazzling performance at Muirfield Village Golf Club in Dublin, Ohio.

While finishing his rain-delayed Round 2 in the morning, Rahm aced No. 16 to move into first and held a two-stroke lead through 36 holes.

He then shot an 8-under 64 in the third round to increase his lead to six strokes and tie a 54-hole tournament record at 18-under.

Following Rahm’s withdrawal, Collin Morikawa and Patrick Cantlay will enter Sunday’s final round tied atop the leaderboard at 12-under. Cantlay won the tournament in 2019.

“That’s obviously really disappointing,” Cantlay said when asked about Rahm’s positive test. “It’s kind of the worst situation for something like that to happen in. He played awesome today and it’s a shame. It’s unfortunate.”

Scottie Scheffler and Branden Grace are tied for third at 9-under.

You can check out the complete leaderboard here.