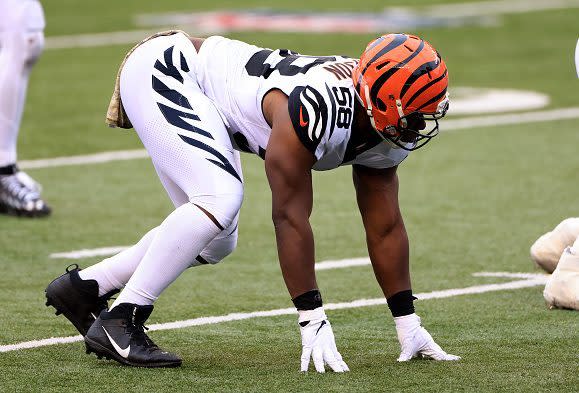 Jets edge rusher Carl Lawson has not attended the team’s voluntary organized team activities, but he has impressed from afar. Lawson sends his position coach a workout video every day.

“He is a worker,” new Jets defensive coordinator Jeff Ulbrich said, via Al Iannazzone of Newsday. “He is just a natural worker, [because he] wants to be great at what he does. He’s an absolute technician.”

Lawson signed a three-year, $45 million deal with the Jets, filling a key role in Robert Saleh’s 4-3 defense. He made 5.5 sacks for the Bengals last season, and the Jets expect that number to increase this season because of the team’s interior linemen, namely Quinnen Williams, Sheldon Rankins and Foley Fatukasi.

“A lot of times edge rushers miss because quarterbacks can step up into the pocket,” Ulbrich said. “We have so many interior guys I don’t know how much of a pocket there will be to step up into. From that standpoint, I think he can definitely have an increase in sack total.”

Devin Funchess has plenty of confidence, despite not playing in two years