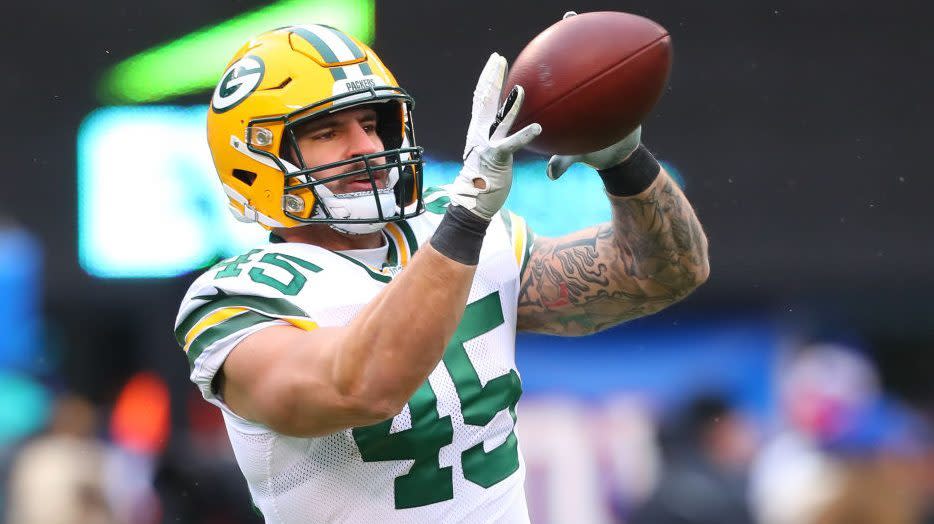 The Patriots released fullback Dan Vitale last month and he says he won’t be looking for another place to play in 2021.

In a post to his LinkedIn page, Vitale wrote that he feels “like my body is just ready to move on” from playing football. He noted that he majored in economics at Northwestern and asked for “any connections, advice, or opportunities you can offer as I move into this next stage of my life.”

Vitale was a 2016 sixth-round choice of the Buccaneers and opened his rookie season on their practice squad. The Browns signed him to their active roster later that year and he played 24 games in Cleveland before moving on to the Packers. Vitale played 20 games in Green Bay and opted out of playing in 2020 after signing with the Patriots.

Vitale had one carry for three yards and 15 catches for 145 yards over the course of his career.