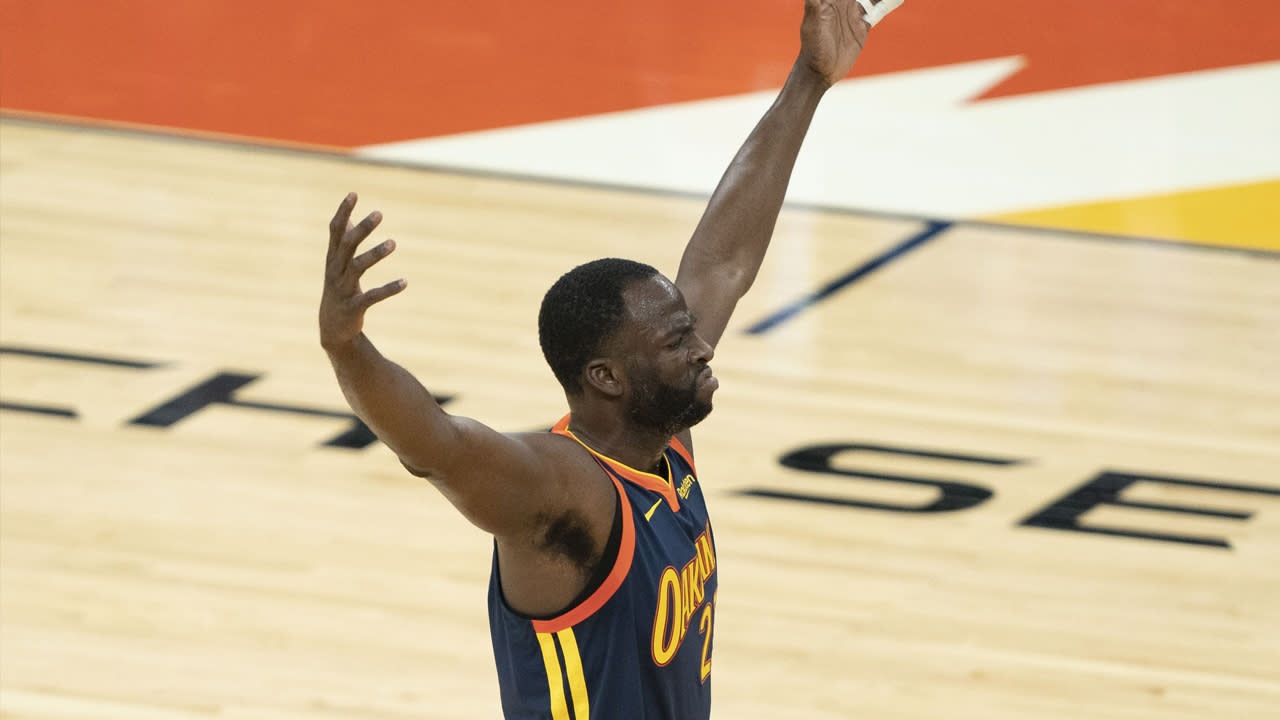 Draymond Green was in a feisty mood Saturday while watching Game 1 of the Eastern Conference second-round series between the Brooklyn Nets and Milwaukee Bucks.

Late in the third quarter at Barclays Center, Nets guard Landry Shamet threw down a dunk on a fast break, giving Brooklyn an 11-point lead in a game they would eventually win 115-107.

Shamet is known more for his 3-point shooting, so his dunk got the attention of Green.

The Warriors forward fired off a tweet and it led to a follower attempting to call him out for his performance against the Memphis Grizzlies in the play-in game. It didn’t end well for that follower.

Then Green tweeted about how unstoppable former Warriors teammate Kevin Durant is and another one of his followers caught the blunt end of a retort.

With the Warriors watching the NBA playoffs from home after being eliminated in the Western Conference play-in tournament, Green has been spending some of his time working as an analyst on TNT and he also has been tweeting his thoughts during games.

During the first-round series between the Philadelphia 76ers and Washington Wizards, Green provided his thoughts on things in D.C., and most people felt he was subtly speaking about the Warriors’ current situation.

When Devin Booker did his best Steph Curry impersonation to help the Phoenix Suns knock out the defending NBA champion Los Angeles Lakers, Green sent a message to fans in The Valley.

The good news for NBA fans is that the second round of the playoffs is just beginning, so there will plenty chances for Green to provide his insight on games.

Just be careful if you choose to tweet at him.