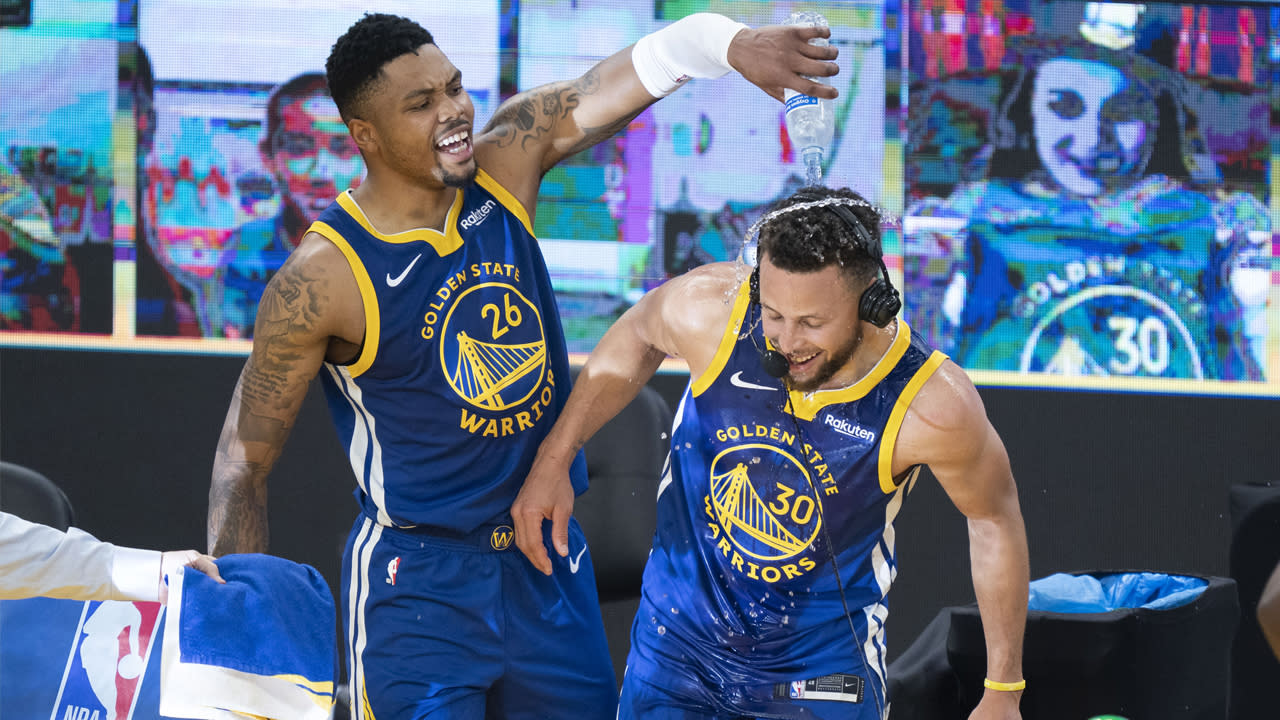 When Klay Thompson ruptured his right Achilles’ tendon last Nov. 18, the Warriors had no time to fully digest the impact. It was hours before the NBA draft, followed by free agency two days later. They had to act, and fast.

They identified a potential replacement, Kelly Oubre Jr., but knew they needed more. They sought experienced wings, placing a premium on those who could defend multiple positions. They also wanted them for cheap.

They landed upon 31-year-old Kent Bazemore, signing him for the veteran’s minimum ($2.3 million). Aside from a maddening habit of bungling layups in transition, he delivered the goods as a versatile reserve wing.

Bazemore appeared in 67 of 72 games, with 18 starts. He provided solid defense, mostly on shooting guards and small forwards, while shooting 44.9 percent overall and a career-best 40.8 percent from distance. His 2.5 plus/minus average was third among members of the Golden State rotation, trailing only Stephen Curry and Draymond Green.

“He’s frenetic out there and plays with great energy,” coach Steve Kerr said of Bazemore at midseason. “He’s kind of all over the map. He has his moments where he makes plays where he gets out of control, but also makes really athletic, powerful moves to the rim, with steals, and fast-break layups, dunks.

“He’s the kind of player that makes an impact. He just comes out there and makes a difference.”

Bazemore’s best work came during the final month of the season. With Oubre sidelined by injury, coach Steve Kerr inserted KB into the starting lineup for 17 of the final 20 games and was rewarded in multiple ways.

For one, Bazemore during that stretch played the high-level defense desired by the coaching staff. For two, he averaged 10.6 points per game, shooting 45.9 percent from the field, including 42.6 percent from deep. For three, the Warriors posted a 12-5 record, making Bazemore’s 70.6 winning percentage as starter a team high.

All of which explains why the Warriors are very open to the possibility of re-signing Bazemore, who would be a nice wing off the bench if Thompson is cleared for opening night. If Klay is not ready, and the starting slot is available, Bazemore could fill in.

The catch is that Bazemore, who turns 32 in July, has expressed a desire for a multi-year deal. He has played for four other franchises and longs for stability. The Old Dominion product also enjoys being teammates with Curry, as the two have a friendship that dates back to his rookie season in 2012-13.

The Warriors, however, would prefer another one-year deal, for which a slight raise would be mandated. Moreover, such a deal also would be supplemented by the NBA.

Whether Golden State would be open to a longer deal likely depends on the other transactions – through trades or free agency – sure to come in the offseason.

Cesc Fabregas lifts lid on ‘most underrated’ player he played with