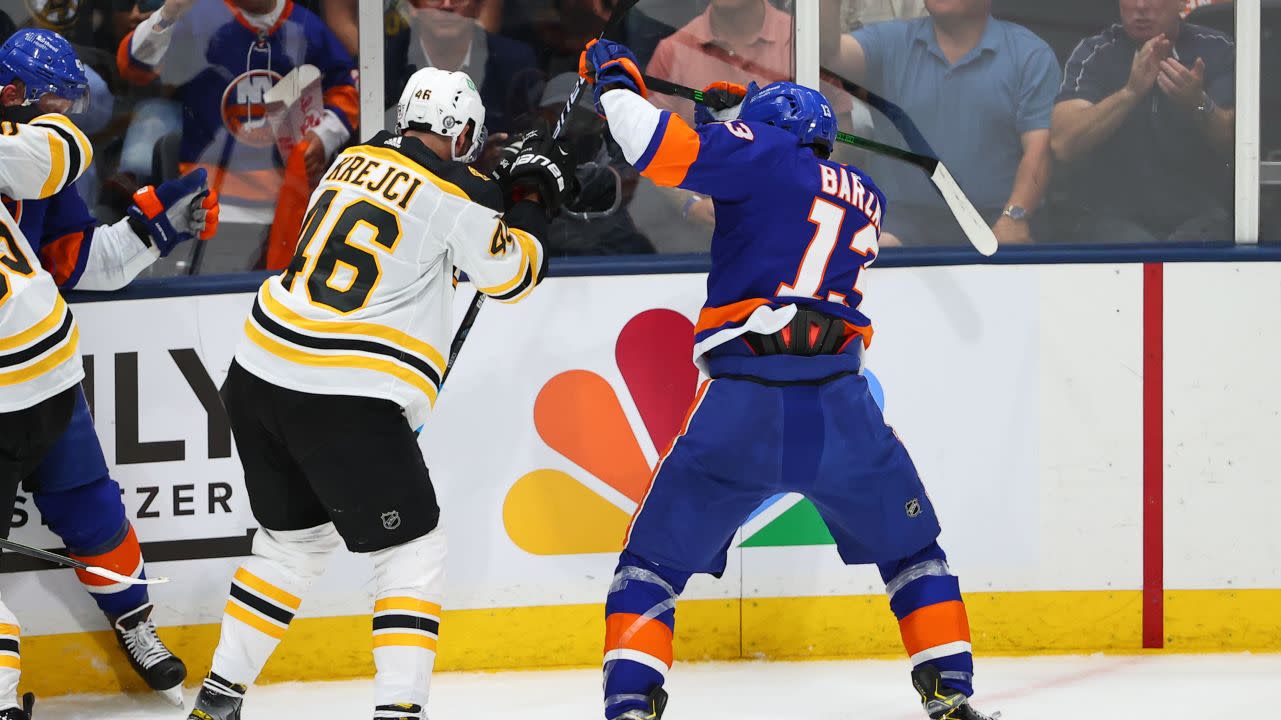 The physicality between the Boston Bruins and New York Islanders was at a very high level in Saturday night’s Game 4 at Nassau Coliseum.

We saw two fights in the first 10 minutes of the game and plenty of huge hits throughout as the Islanders emerged with a 4-1 victory to even the second-round playoff series at two wins apiece.

One of the most notable incidents came at 11:16 in the second period when Islanders center Mathew Barzal gave a few cross-checks to David Krejci as the Bruins center was battling for puck possession along the end boards. Krejci eventually had enough and retaliated by driving his stick into Barzal. It looked like the Islanders star was hit in the groin.

The referees originally assessed a five-minute major penalty to Krejci but after a review the call was changed to a two-minute minor penalty for slashing.

“I was a little surprised. I haven’t seen the clip yet. I felt it was a little vicious,” Barzal said of the play. “But it’s the ref’s call there. It’s a judgment call from them. Yeah, I thought it was a tad vicious.”

Krejci, as you might expect, had a pretty different view of things.

“Obviously, I wasn’t happy about it,” Krejci said. “He went down pretty easily. But it is what it is. Yeah.”

Krejci did score the Bruins’ only goal — a power-play tally in the second period — but he was hard on himself, admitting “I definitely didn’t have it today.”

Game 5 of the series is scheduled for Monday night at TD Garden in Boston. The winner will take a 3-2 lead back to New York with a chance to close out the series.