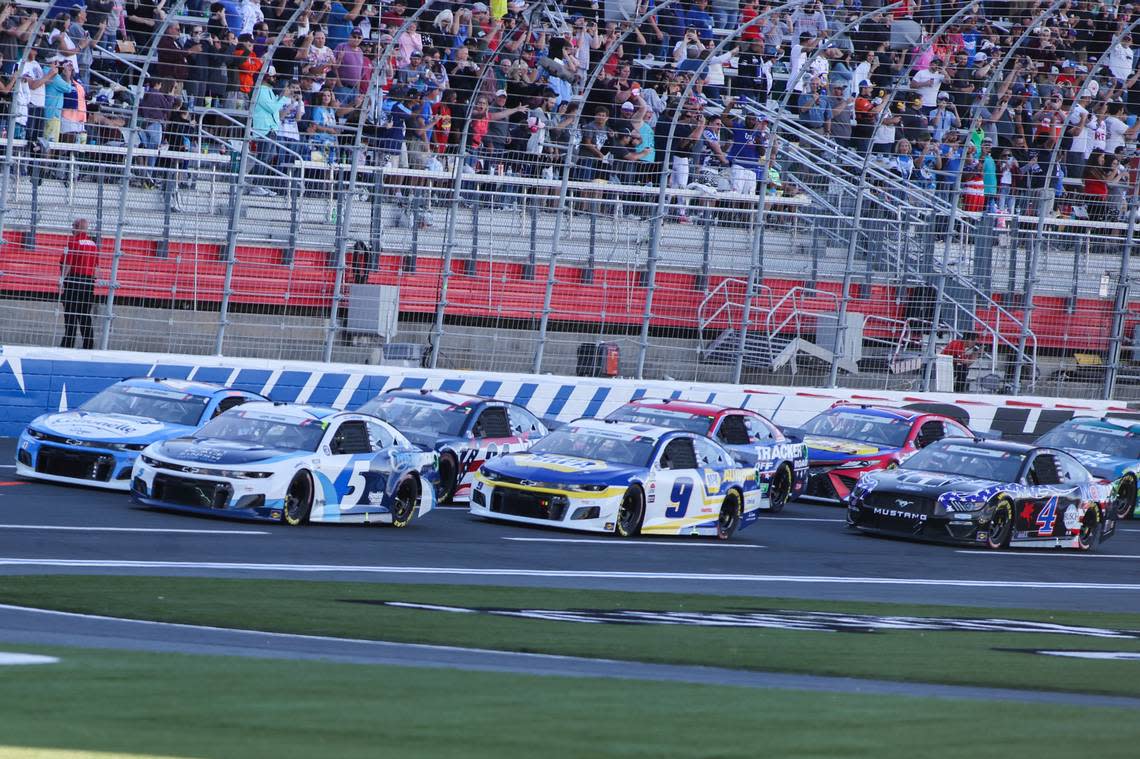 NASCAR is following up a crown jewel event last weekend at Charlotte with a road course race out west.

The Cup Series heads to Sonoma Raceway in Sonoma, California this Sunday for the Toyota/Save Mart 350. The race starts at 4 p.m. on FS1.

The trip marks NASCAR’s return to the 12-turn course after last year’s Cup race at Sonoma was canceled due to the COVID-19 pandemic. The raceway announced Tuesday that it had sold out tickets for its allotted 33% capacity and, according to the The Press Democrat, is hoping for a turnout of around 15,000 people.

Multiple tracks announced earlier this week that they will reopen to fans at full capacity for upcoming race weekends, meaning a majority are back to 100% grandstand seating since operating with some form of attendance restrictions during the pandemic. Plans for Watkins Glen, Indianapolis Motor Speedway and Las Vegas Motor Speedway remain unclear, although Indianapolis hosted a sellout crowd at 40% capacity, or around 135,000 fans, for the Indy 500 last weekend.

Sonoma will be the third of seven road course races on the Cup schedule, which includes Road America in July, Watkins Glen and Indy in August and the Charlotte Roval in October. Chase Elliott won the last road course race, a rain-shortened event, at Circuit of the Americas two weeks ago, and Hendrick Motorsports teammate Kyle Larson won last weekend’s Coca-Cola 600 race at the Charlotte oval.

Larson will start on the pole this weekend with Elliott in the front row, followed by Hendrick driver William Byron in third and Joe Gibbs Racing’s Denny Hamlin in fourth. Those four drivers make up the top-four in point standings, led by Hamlin.

Two-time defending Sonoma winner Martin Truex Jr. will start the race in 19th after a recent string of bottom-half finishes. He has the second-best odds to win, according to BetMGM, at +375 after Elliott at +210.

While Truex might seem like a safe bet for Sonoma given his most wins there in 2018 and 2019, NASCAR is using a different, low downforce rules package (750 horsepower) on the Carousel configuration. That team also hasn’t put together top finishes in the last three races. If I were to pick a Gibbs driver to win, my money would be on Kyle Busch, who has one win in the last five races at the course, and hasn’t finished lower in seventh in those events. Additionally, Busch is coming off a third-place finish at Charlotte and a 10th place finish at COTA.

But this could easily be another week for a Hendrick win. Elliott finished third, first and second in the last three races, respectively, and continues to prove he’ll stay out front on road courses. Kyle Larson (+750) isn’t a bad pick either given how his year is trending. I predict a battle between any of those three — Elliott, Busch and Larson.

How and when to watch and listen