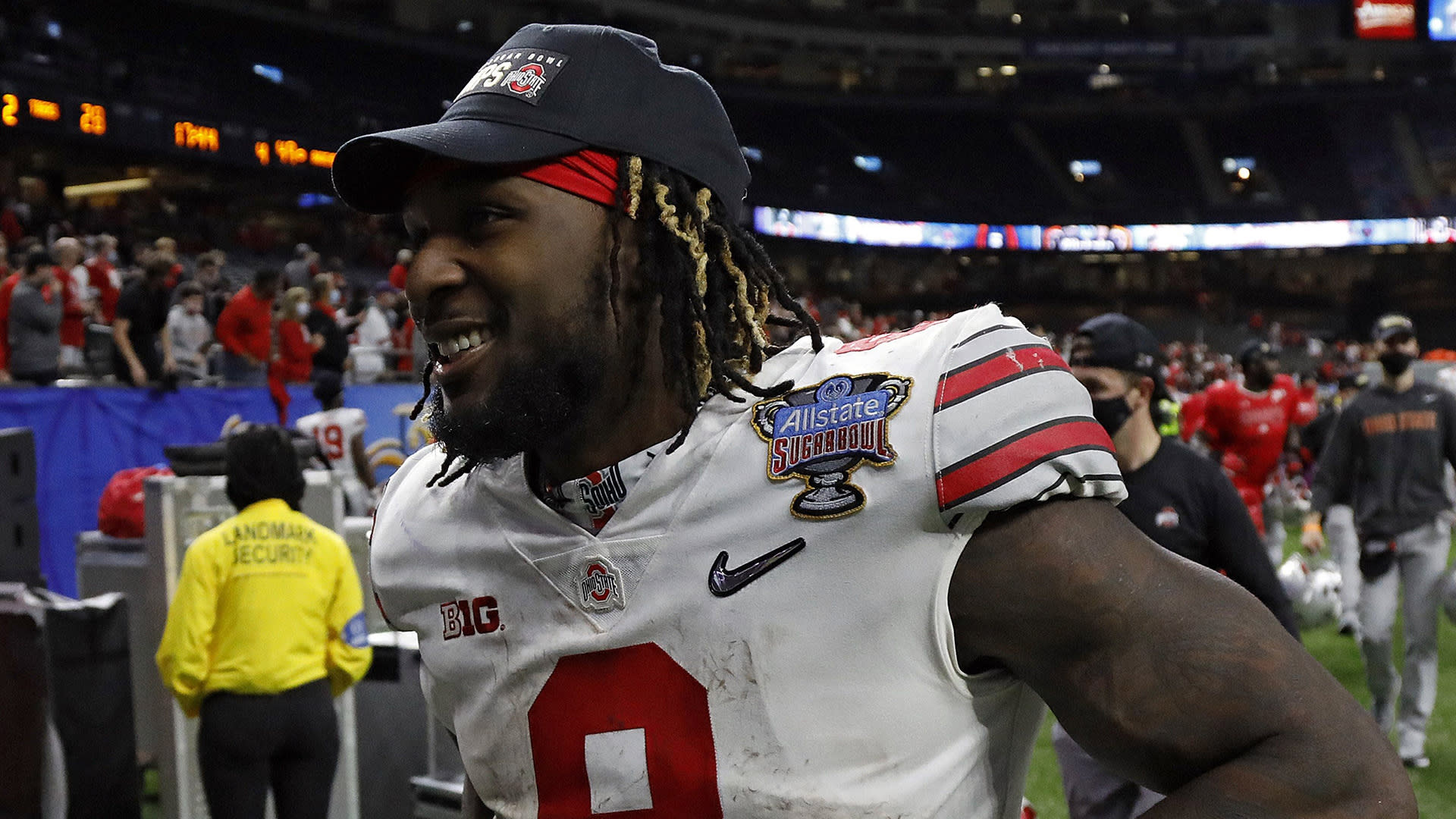 The 49ers often have relied upon a running back-by-committee approach under Kyle Shanahan’s watch, with a multitude of players getting touches out of the backfield.

Cynthia Frelund, NFL.com’s resident analytics expert, projects that Trey Sermon, who the 49ers selected in the third round of the 2021 NFL Draft, will end up among the five most prolific rookie tailbacks this season.

“The emphasis on the run game in this offensive architecture provides enough potential volume for Sermon, but Kyle Shanahan does like utilizing a committee backfield,” Frelund writes. “Sermon ended up ranking second in the Big Ten last season with 870 rushing yards (trailing only Minnesota’s Mohamed Ibrahim), thanks to a prolific three-game run down the stretch that saw him pile up 636 yards and four touchdowns on the ground. Computer vision shows that Sermon’s body control (measured in sustained speed when changing direction) was in the top 10 percent of backs in the past two drafts, which bodes well for his ability to be a useful weapon in Shanahan’s arsenal.”

Sermon spent time at two high-level programs in college, playing his first three seasons at Oklahoma before transferring to Ohio State for his final campaign. Sermon finished his college career with 2,946 rushing yards and 26 touchdowns, averaging an impressive 6.5 yards per carry.

RELATED: Peters explains what 49ers liked about running back Sermon

He wasn’t the only running back drafted by the 49ers, as sixth-round draft pick Elijah Mitchell also will be fighting for a spot in Shanahan’s stable of backs.

There will be plenty of competition at the position, but Sermon certainly will have a chance to earn a meaningful role in the offense as training camps loom.