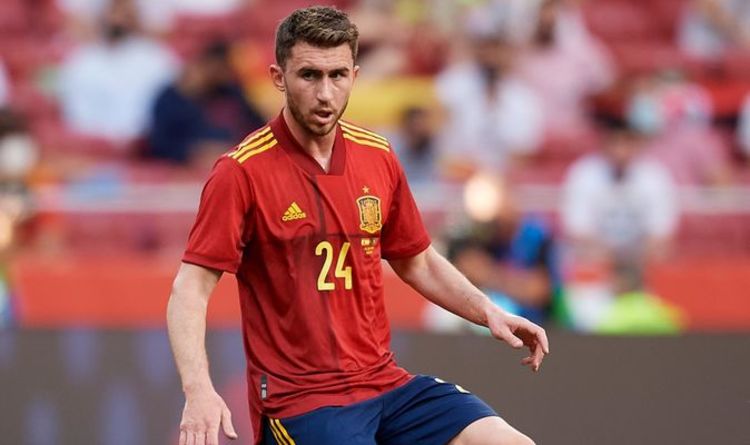 Barcelona will continue their raid of Manchester City by trying to sign Aymeric Laporte, Ilkay Gundogan and Gabriel Jesus, according to reports.

Both players will depart the Premier League champions when their contracts expire at the end of the month.

Aguero will leave City having become the club’s all-time top scorer across a remarkable 10-year spell.

The Argentine struck 260 times and famously scored a last-minute winner against Queens Park Rangers to win the club their first Premier League title in 2012.

JUST IN: Ronaldo to Man Utd transfer would be bad news for three Man Utd stars

Laporte has often found himself behind John Stones and Ruben Dias in Guardiola’s defensive plans. Roberto has had a similar issue with Barca, featuring just 15 in La Liga times last season.

Meanwhile, a second report by the same outlet suggests that midfielder Gundogan and striker Jesus could also leave City and join Barca.

Gundogan had the most prolific season of his career, scoring 17 goals as City won the Premier League by 12 points.

However, Jesus has fallen out of favour at the Etihad Stadium. Guardiola has often opted to play without a striker instead of the Brazilian in their biggest matches.

Jesus failed to start any of the club’s Champions League ties from the quarter-final. He played for just eight minutes during the 1-0 final defeat against Chelsea.

Guardiola could choose to sell the trio to fund an expensive summer window.

The Spaniard has hinted several times that transfer funds may be limited due to the financial implications caused by the pandemic.

Tottenham striker Harry Kane and Aston Villa’s Jack Grealish, who will both feature for England at Euro 2020, are reportedly targets.