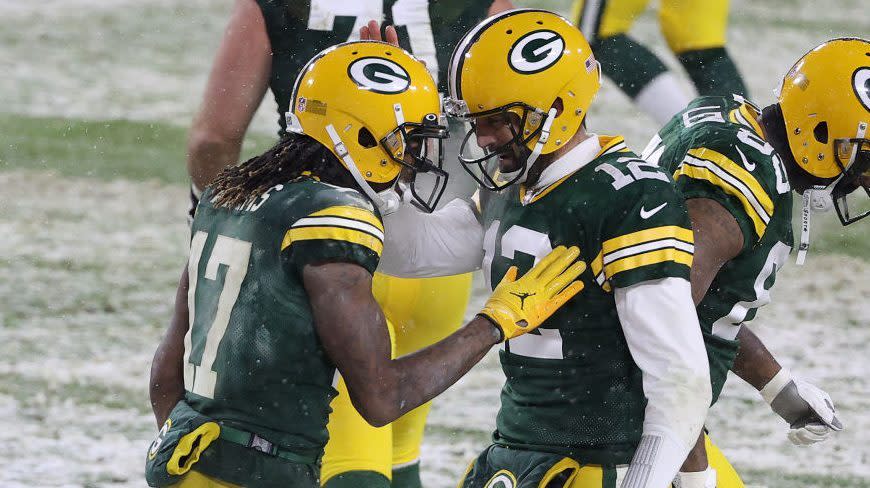 Aaron Rodgers wasn’t at the first day of Packers minicamp on Tuesday, which meant there were questions for players who did report about their teammate’s impasse with the team.

Wide receiver Davante Adams was one of those players and he told reporters at a press conference that he has “no expectations” when it comes to thoughts of playing with Rodgers this season, but is “praying” that the quarterback remains in Green Bay.

Adams called it “a very delicate situation” and that he doesn’t know everything about Rodgers’ feelings, so his plan is stick to being supportive of his teammate without making it “awkward” with the organization.

“I’ve got his back through everything so he knows that, at the end of the day, if there’s ever a wonder of he’s lost a teammate or something because of all that’s come out, he knows where I stand,” Adams said, via Rob Demovsky of ESPN.com. “I’ll stand on the f—ing mountain and scream on the mountaintop that I’ve got his back. . . . I think that any GM, any president, any owner, they should want the type of guys that are backing their players, especially a player like that. That’s just a good trait to have. It’s not like I’m saying, ‘Forget the front office,’ like I don’t respect what they have going on.”

Left tackle David Bakhtiari offered similar sentiments on Tuesday, but there’s no sign that their support is going to lead to a change in anyone’s plans.

Davante Adams: I’ll scream on the mountaintop that I’ve got Aaron Rodgers’ back originally appeared on Pro Football Talk