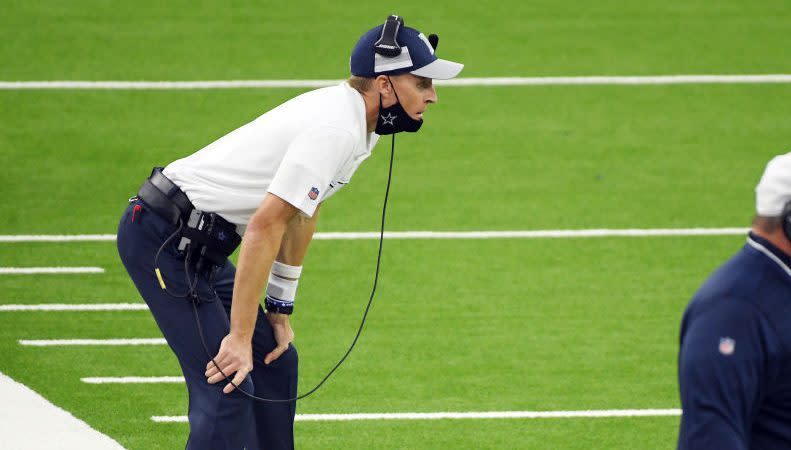 Cowboys special teams coordinator John Fassel is not at minicamp this week after the unexpected death of his father, Jim.

“I spoke with John shortly after he received the phone call,” Cowboys coach Mike McCarthy said Tuesday. “John’s as big of a family man as we have here, and our heart goes out to him and his family right now. John’s love for his family and especially his father, Jim, he’s shared many stories just in our short time together.”

Jim Fassel, head coach of the Giants from 1997-2003, experienced chest pains Monday and was taken to a hospital before having a heart attack while under sedation. He was 71.

John’s NFL coaching career began on the same staff as his father in 2005 when Jim was the Ravens’ offensive coordinator and John was the assistant special teams coordinator.

“John Fassel, he’s a coach through and through in everything he does,” McCarthy said. “He loves what he does, whether it’s the smallest task of setting up a special teams meeting, setting up team fundamental drills, and you can see the relationships he has with the players and the coaches and the support staff. He’s always beaming with such a positive light. That definitely obviously came from his childhood and his love for the game and his love for the profession.

“Like any of us, these are tough moments. But I think definitely John has a lot of his father and always spoke so highly of his father, Jim, and the impression and the foundation that he laid for John in this profession.”