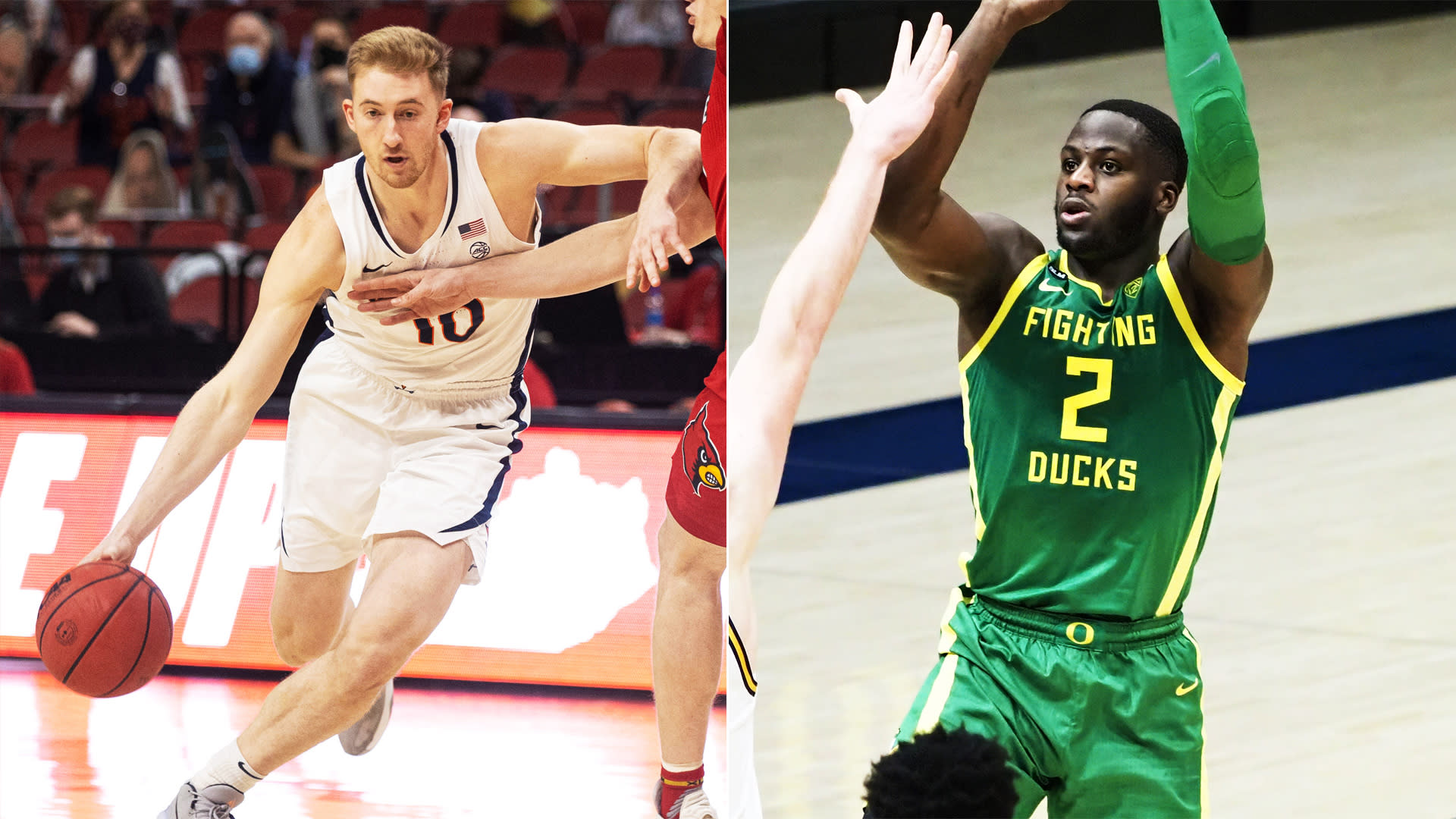 All the focus for the Warriors heading into the 2021 NBA Draft is on the very likely possibility that they will have two lottery picks.

The Warriors own the rights to the Minnesota Timberwolves’ top-three protected first-round pick. The Wolves are slotted into the No. 6 pick pre-lottery, while the Warriors, who narrowly missed the playoffs, are slotted into the No. 14 slot. Should the ping-pong balls bounce the Warriors’ way, they could end up with two top-10 picks, with the Wolves’ pick potentially being as high as No. 4.

But while all the focus is on the two potential lottery picks, don’t sleep on the Warriors finding value later in the draft.

All six prospects are expected to be late second-round picks or go undrafted, with Hauser being the top-rated among the group.

There isn’t much to gain from these draft workouts. The Warriors could bring in these prospects for any number of reasons, and a new batch will be worked out Thursday.

But the Warriors have been able to find value in the second round — Draymond Green and Eric Paschall come to mind — and two of the prospects at Monday’s workout at least warrant a look.

Let’s start with Hauser, a 6-foot-8 forward who began his career at Marquette before spending his final year at Virginia.

Hauser, 23, is a sharp-shooting wing who moves well without the ball and earned first-team ACC honors for the Cavaliers this season. Hauser averaged 16.0 points per game while shooting 50.3 percent from the field and 41.7 percent from 3-point range on 11.6 attempts per 100 possessions. In his four-year college career, Hauser never shot below 40.2 percent from beyond the arc.

While a lot of the NBA draft attention has focused on Gonzaga’s Corey Kispert as the class’ top tall, versatile shooter, Hauser is right there in terms of pure shooting ability and he excels at moving without the ball, using his intelligence to set up defenses and find open space.

A silky off-ball shooter who is capable of getting his shot off quickly, Hauser’s deadeye stroke reminds some of Klay Thompson‘s ability to light it up from distance.

“Of course, he’s up there as one of the best, but you think about. … I’ve had the privilege to coach Klay (Thompson) and Joe (Harris), Malcolm (Brogdon), Kyle Guy,” Virginia coach Tony Bennett said, who coached Thompson at Washington State said. “You can start going down the list and it’s like, ‘Whoa,’ but I’m so proud of Sam.”

While a deadly shooter, Hauser’s athletic limitations will hamper his NBA ceiling, and his struggles to create his own shot off the bounce are the difference between being a lottery pick like Thompson and potentially going undrafted.

That being said, the Warriors lacked shooting around Steph Curry this past season. While Thompson’s expected return should alleviate some of that, there can always be room for a knockdown shooter on an NBA bench.

As for Omoruyi, the 6-foot-6 forward led Oregon in scoring with 17.1 points per game while also averaging 5.4 rebounds, 2.3 assists and 1.5 steals. He hit on 47.3 percent of his attempts from the field and 37.6 percent from beyond the arc.

In short, Omoruyi did it all for the Ducks and he has some seeing flashes of a young Green.

“Just defense, toughness, having the IQ to find guys, I can step out and shoot it a lot now, and just being a great teammate,” Omoruyi said Monday of his biggest strengths. “Just doing the little things that it takes to win is a big thing for me. I understand what it takes to win and that’s a big thing and I bring a winning culture.”

That sounds familiar. Omoruyi, who played at Rutgers before transferring to Oregon, said previously the Warriors were his favorite NBA team and that he looked up to Green and how the Warriors forward plays the game.

Omoruyi is not expected to be drafted due to being 6-foot-6 but lacking the speed to consistently defend wings at the NBA level. He’ll certainly receive an NBA Summer League invite with a chance to make an NBA roster.

The “too small to play power forward but not quick enough to play small forward” was the big knock against Green when he came out of Michigan State and caused him to drop into the second round where the Warriors snatched him up.

Perhaps Omoruyi could follow a similar path. He’s tough, has a high motor, can defend multiple positions and make plays. His ball skills will need to improve, but it’s easy to see him potentially following Green’s path and even possibly with the Warriors.

The Warriors don’t currently own a second-round pick, but they could easily acquire one should they deem it necessary.

Another wrinkle is the fact that the Warriors are looking to vault back into contention next season, and would like to add more veteran help around Curry, Thompson and Green as opposed to more youth that will take time to develop.

All eyes will remain on the Warriors’ potential two lottery picks, but players like Hauser and Omoruyi warrant a summer look with skills that remind of two members of their championship core.