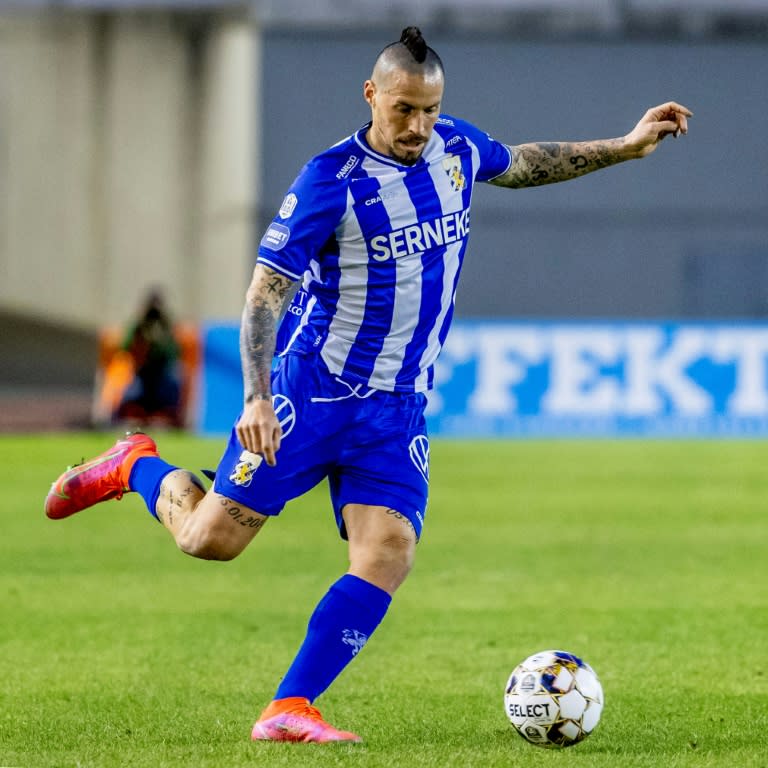 Slovakian international Marek Hamsik will be taking his distinctive mohawk to Turkey after Euro 2020, signing on with the Black Sea side Trabzonspor.

A club statement said the 33-year-old former Napoli midfielder had signed a two-year deal that will see him earn 1.5 million euros a season, along with a 700,000 euro signing fee.

“GLADYATOR #Grande #MarekHamsik,” the club tweeted over a clip of Hamsik dressed in Trabzonspor’s burgundy and blue strip, a gladiator helmet on his head.

Hamsik has been Slovakia’s standout player of the last decade, playing his first international game in 2008 when he was 17.

Named Slovakia’s Footballer of the Year eight times, Hamsik has made a record 126 international appearances for his country.

Hamsik left Napoli for China’s Dalian Pro in 2019 before returning to Europe earlier this year to help prepare for the pandemic-delayed Euro 2020, which kicks off in Rome on Friday when Turkey face Italy.

He signed with Sweden’s Gothenburg in March on a short-term deal.

Trabzonspor are one of Turkey’s four main clubs, becoming the first team outside Istanbul to win the championship in the 1975/76.

They finished fourth in the Super Lig last season.