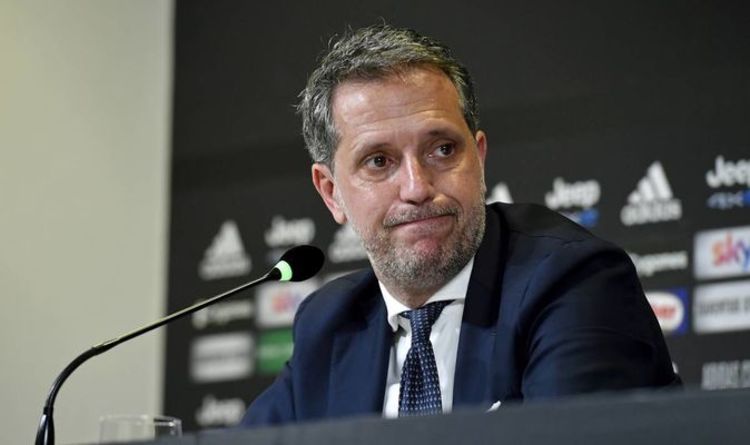 Tottenham are ready to announce Fabio Paratici’s arrival at the club this week, according to reports. Spurs are still looking for a successor to Jose Mourinho, 50 days on from his sacking as manager, but have finally made some headway on the recruitment front.

Chairman Daniel Levy has been on the receiving end of some heavy criticism from Tottenham fans in recent months, with his search for a new manager dragging on.

Levy has so far been unable to hire a replacement for Mourinho, who was sacked alongside his staff on April 19.

Spurs drifted to the end of the Premier League season under interim boss Ryan Mason after losing the Carabao Cup final to Manchester City and remain rudderless two months on.

That search could now finally get a shot in the arm with the news that former Juventus director of football Paratici is ready to be unveiled.

Levy has stated that he wants a head coach who fits in with the Tottenham ‘DNA’, who will play “free-flowing, attacking and entertaining football” and promote young players.

There are no updates on just who that could be, with the report stating ‘Tottenham are almost back to square one’, but Leicester’s Brendan Rodgers, Belgium’s Roberto Martinez and Brighton’s Graham Potter have all previously been mentioned.

Having run almost every aspect of the club for 20 years, Levy has reportedly ‘accepted that the time has come to delegate more’ and will allow Paratici to ‘oversee all football matters’ from now on.

It remains to be seen if the former Sampdoria man is afforded that kind of freedom, but for now the main goal is finding Spurs a new manager.