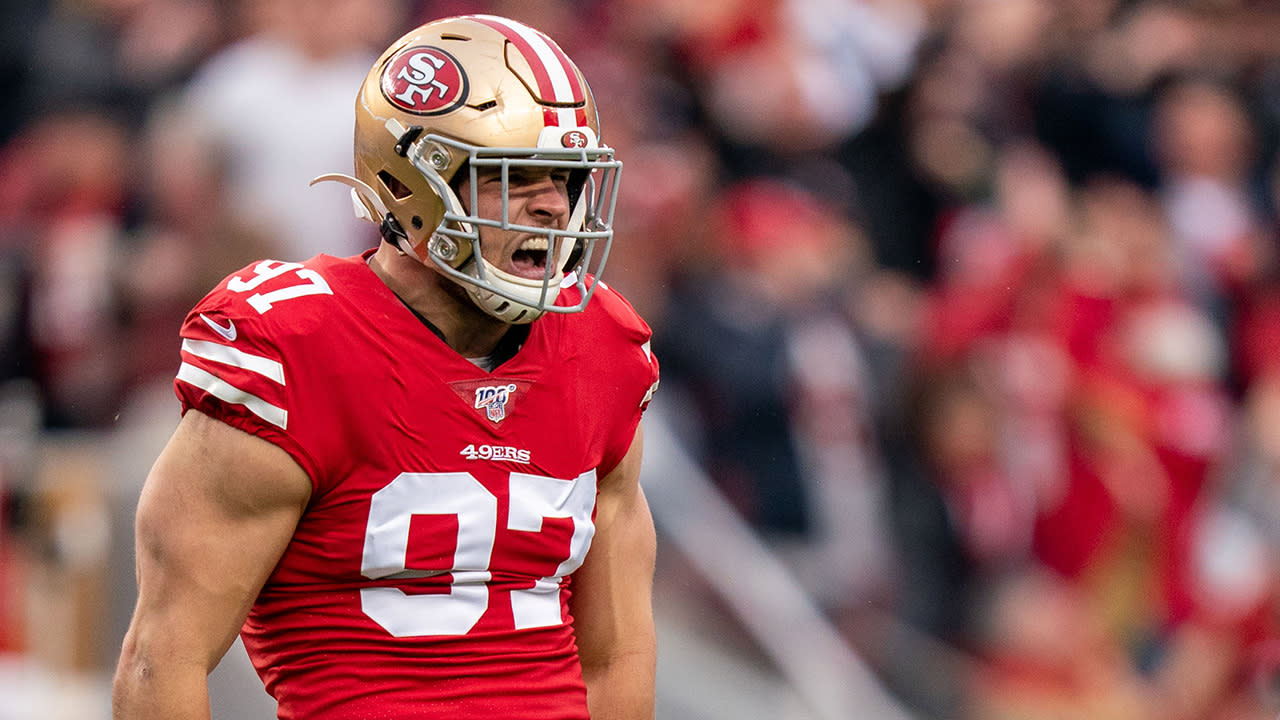 The 49ers’ defensive line — when healthy — is among one of the best in the NFL. Without star defensive end Nick Bosa last season, San Francisco’s front seven failed to replicate the level of success that carried them to the Super Bowl in 2019.

If Bosa is able to return to the field and produce at or near his 2019 level, the 49ers’ defensive line should bounce back in 2021.

Pro Football Focus ranked the 49ers’ unit among one of the 10 best in the league.

PFF ranked the 49ers’ defensive line ninth, which is fair considering the question marks surrounding Bosa, Ebukam, and Ford. If healthy though, the front-seven that new defensive coordinator DeMeco Ryans will inherit has the chance to shoot up to one of the three best units in the league.

One way the defensive line could take a step forward is if Kinlaw is able to fill the void that Buckner left after he was traded to the Indianapolis Colts. A healthy, productive Ford certainly would help, but if you’re the 49ers, you should set your expectations low and be pleasantly surprised if you’re able to get anything out of the seven-year vet.

There will be some growing pains with this unit in 2021 as it adjusts to a new coordinator, new additions and the return of one of the league’s brightest defensive stars.

If healthy, though, the 49ers’ defensive line has a chance to recreate some of its magic from two seasons ago.