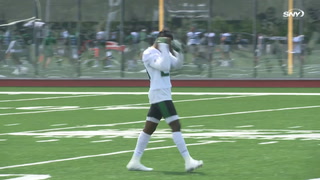 Aaron Rodgers is officially holding out on the Packers. Rodgers is not in attendance at the Packers’ first mandatory work of the offseason, a minicamp that began at 8:30 this morning, according to Tom Pelissero of NFL Network. That’s no surprise: As soon as the Packers lost in the NFC Championship Game in January, Rodgers [more]